The Foreign Relations Committee of the US Senate has approved a bill, introduced by Republican Colorado Senator Cory Gardner, asking the Department of State to examine if Russia could eventually be labeled as a state sponsor of terrorism, in order to impose further sanctions. The bill speaks for itself as it was entitled "SMART", an acronym for "Stopping Malign Activities from Russian Terrorism". 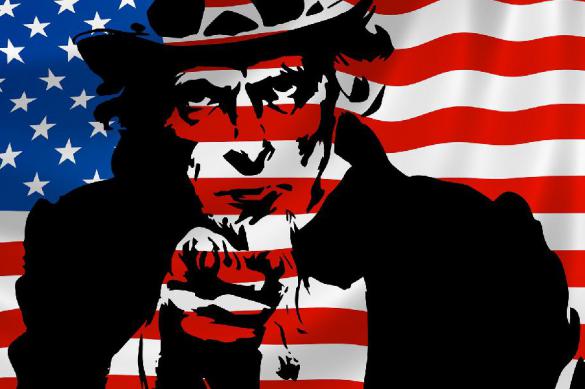 The bill also requires the US State Department to determine and report to Congress whether the militias active in the Donetsk and Lugansk areas can be considered "foreign terrorist organizations." So far, only a few countries have been blacklisted by the US as terrorist sponsors, precisely Iran. North Korea, Syria and Sudan.

However, the "SMART" bill introduced to the US Senate does not sound "smart" at all, considering the various direct and indirect initiatives taken in the years by Washington.

We could start with the 1999 bombing of the sovereign State of Yugoslavia, named by the US "Operation Noble Anvil"; the attack was conducted in support of the terrorist group UCK, active in Kosovo against the Serbs. The bombing killed about 1,000 members of the Yugoslav security forces in addition to between 489 and 528 civilians. It destroyed bridges, industrial plants, public buildings, private businesses. Additionally, the Chinese embassy in Belgrade was also bombed and three Chinese citizens were killed.

Let's move on to the year 2003 when a US-led coalition invaded Iraq after accusing Saddam Hussein of hiding weapons of mass destructions. The accusations were not backed by any type of evidence but Washington still managed to invade the country and to throw it into an abyss of chaos and violence. The Sunni terrorist groups that emerged as a consequence of the invasion gave birth to al-Qaeda in Iraq and later to Islamic State in Iraq and the Levant* (ISIS*). The same fate set aside for Gaddafi's Libya in 2011 when a US-NATO coalition bombed the country, generating a civil war that is still ongoing today.

The US also supported the so-called "Chechen resistance", an interesting term that refers to the jihadist terrorist campaigns in Russia and the northern Caucasus starting from the year 1999. Among the attacks perpetrated by the "Chechen resistance, we can recall the Dubrovka siege (2002) and the Beslan massacre (2004).

Washington also systematically supported the Muslim Brotherhood* in Egypt before during and after the disastrous year of Islamist rule led by Mohamed Mursi. When the Egyptian people took the street to ask for new elections, after the government's Islamist drift, the Obama administration stubbornly maintained support for the Muslim Brotherhood and as a consequence the US ambassador to Egypt, Anne Patterson, was forced to leave the country as the demonstrators turned against Washington in the streets of Cairo, chanting anti-Obama and anti-Patterson slogans. Several Egyptian Muslim Brotherhood* members were later photographed inside the US State Department after meeting US officials.

The Muslim Brotherhood was blacklisted in Russia back in 2003 as it supported jihadism in the northern Caucasus (the so-called "Chechen resistance") and it is also outlawed in Egypt, Syria, Saudi Arabia and the United Arab Emirates. Its spiritual leader, Yusuf Qaradawi, had invoked jihad in Syria against Assad and resistance in Egypt against Abdelfattah al-Sisi's government.

Another Islamist group that is a constant threat in Russia is Hizb ut-Tahrir, with several of its members just recently arrested and sentenced to prison terms by a Rostov military court after planning attacks on Russian soil. The US didn't miss the opportunity to protest for the arrests, accusing Russia of "persecuting Crimean Tatars".

Hizb ut-Tahirir* (formed in 1953 in Jerusalem) preaches the establishment of a global caliphate based on Sharia law that must include Muslim and "infidel" lands; it is particularly active in Russia and the former Soviet republics of Central Asia and its main headquarters are in Great Britain and in the United States, where the group does not engage in political struggle.

Last but not least, it is essential to recall Washington's support for the People's Mujahideen of Iran (MEK), a former Islamo-Marxist terrorist group turned into a religious sect that is currently active against the Islamic Republic of Iran from its base in Albania.

In conclusion, Washington should ponder carefully before accusing other countries of being "state sponsors of terrorism".