On January 14th 2020, the notorious Russian Telegram channel "Directorate4" showed the ID card of a Syrian "rebel" (by the name Muhammet Turkman) that was recovered in an area in the south-east of Tripoli, bringing up more evidence about the arrival of Syrian jihadists that have been transferred by Turkey from the north-west of Syria in order to support the Islamist government led by al-Serraj. A predictable move after Tripoli's official request for support that was granted by a signed agreement with Ankara. 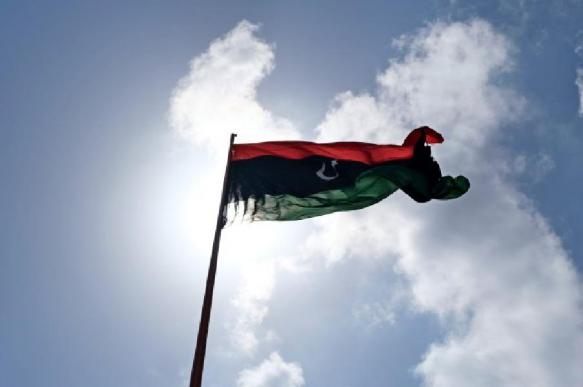 The flow of Syrian jihadists to Libya was also cited by King Hussein of Jordan during an interview with the French TV channel France 24.

These same militias that were used in Syria with the objective of overthrowing Bashar al-Assad's government. An internationally-backed project that failed thanks to the Russian military intervention initiated in September 2015.

Additionally, the links between militias fighting on Tripoli's side and jihadists belonging to Isis and Ansar al-Sharia have emerged on several occasions and, as a matter of fact, it is worth mentioning the presence of individuals such as Adel al-Rubaie, Issa al-Busti, Massound al-Akouri and Mohamed Mahmoud Ben Dardaf; this last name was well known in East Libya as the jihadist was included in Haftar's "most wanted list"  due to his participation in the assault against the US Consulate in Benghazi, back in September 2012. Ben Dardaf was killed in May 2019 by a Russian made "Kornet" missile that targeted his position. He was fighting in the lines of the Somoud Brigade, in support to al-Serraj's forces.

The presence of imported jihadists in Western Libya is an additional destabilizing factor for Libya and serious problem for Europe. It is also an issue that could have been prevented.

It is not a sin to say that part of the responsibility can also be traced to Italy's initial decision to support al-Serraj's government, due to its debatable legitimacy provided by actors such as the UN.

Italy historically maintained strong links with Western Libya (not only as a former colony, but also due to Eni installations and economic relations with Tripoli ); as a consequence, it was preferred to take Fayez al-Sarraj's side (together with Turkey and Qatar) while in the meantime maintaining the rhetoric of mediation, claiming not to be in favor of anyone but rather "in favor of the Libyan people".

However, Rome's connections to the GNA are evident from Italy's strong activity through its diplomatic HQ in Tripoli, its military presence (around 350 soldiers) in Misrata to safeguard the military field hospital, its political support to the al-Sarraj government and material support to its militias operating on the coast, officially to "contain illegal immigration", even though the results were not as positive as expected. Let's keep in mind how in July 2019 al-Sarraj flew to Milan to meet with Matteo Salvini (who was Minister of Interior at the time) in order to look for support as the situation became far more complicated for Tripoli. It was already clear at the time how Italy was moving towards a more neutral position, retreating the support to Serraj while, at the same time, not taking side with Haftar.

Was it a wrong move? Not necessarily. Infact, Italy should have never backed al-Serraj's government in the first place and the risks of such support were predictable.

First of all, al-Sarraj was not supported by a real army, but rather by a galaxy of militias related to different realities such as Ikhwanis, Salafis, local warlords and former members of the Libyan army, all kept together by specific economic and political interests. These militias have managed to create an oligopoly of resources, influencing all sectors in Western Libya. Can such actors be considered reliable representatives in order to pursue a stability in Libya? Obviously not.

Secondly, it is very likely that it is not Fayez al-Sarraj who is controlling the militias but it's rather the other way around.

Thirdly, al-Sarraj's government is heavily influenced by the Muslim Brotherhood*, a radical Islamist organization that has been blacklisted by Egypt, Saudi Arabia, Bahrein, Emirates, Syria and Russia. Siding with Tripoli and Misrata means siding with Islamist and jihadist factions and facts speak for themselves. Any country that is taking into consideration a potential line up with Islamists should ponder very well such option, because it will very likely lead to serious consequences in the medium-long term, as Libya could very well become the next Syria.

In addition, it is important to keep in mind that the vicinity between the Islamist government in Tripoli and Rome can also be partially considered a heritage of the disastrous foreign policy perpetrated by the Obama administration during the so-called "Arab Springs", when the Muslim Brotherhood became the privileged political actor that was due to take over in Tunisia, Libya, Egypt and Syria as part of a regime-change project. However, things did not evolve as planned and the whole region collapsed into chaos.

The big question is, how wide is the Italian government's maneuver margin? Even within issues of its own national interest? Backing a side that showed clear signs of unreliability and making decisions that, as a consequence, brought hundreds, if not thousands, of jihadists a few miles away from the Italian coasts cannot be considered as pursing Italy's best interests.

Italian Communist leader Marco Rizzo recently claimed, during a video speech on Assad's interview that was transmitted by the Italian national TV "Rai", that in Italy there is no decision-making, but only executors who carry out directives that come from abroad. That's a very interesting point that is worth pondering on: how far can Italy go in taking decision for its own benefit?

In the meantime, the only thing to do is wait for the upcoming talks organized in Berlin, in order to see what the next chapter in Libya's tragic turmoil will be. At the moment the situation seems clear: Russia and Turkey are the ones in charge, Italy lost its "mediating" role, putting at stake its own interests and the EU does not have a common foreign policy in Libya.