Time to wake up: Are our institutions synchronised for today?

Time to wake up: Are our institutions synchronised for today? 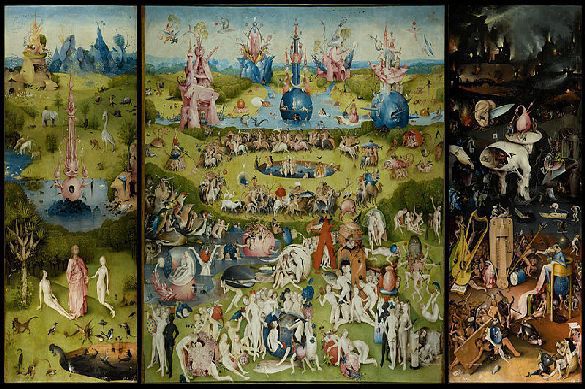 How prepared are we for a new digital age changing the way we think, when virus reserves are being released and when international terrorism is a daily threat?

By "today", read the modern world, in which international terrorism is here to stay, in which forests hosting unknown viruses are destroyed and the digital age is changing the way we think... are our instutions, which took hundreds of years to build, accompanying the times?

The release of terrorists back into society

We may start with international terrorism, which indeed existed hundreds of years ago with invasions of foreign lands by imperialist nations, the destruction and massacre of their societies, lines drawn on maps and the ensuing rule from afar dictating rules and imposing misery. Men, women and childrem torn away from their families and sold as slaves after enduring disgusting conditions on the slave ships lying in excrement for weeks on end, then pining for their wives and husbands and children left thousands of miles away. And yes, it went on and on and on for centirues, continuing more recently with the deportation of the population of the entire population of the Chagos Islands by the British and the gassing of their pets, to hand the islands over to London's boss, the United States of America. Anyone want to go to Diego Garcia?

Barbaric, yes. Human tragedies brought about by psychopaths in London, Paris, Washington or wherever, rendering utterly hypocritical any mention of human rights by the governments of these powers. However, the injustices and their resolution and compensation belong to the construction of strong and accountable mechanisms to impose international law to bring criminals to justice, an area of law which at the moment exists only on paper and is extremely weak. This is the way forward, holding countries and governments to account in a transparent process following due legal process.

The way forward is not to attack people with a machete or to blow up innocent civilians, men, women and children alike, with bombs in some warped crusade using a non-existent version of a religion to justify psychotic acts. But unfortunately, there are those who plan and control such acts, using others with intellects low enough to allow themselves to be brainwashed. The acts are as unsophisticated as someone walking around with a kitchen knife stabbing innocent bystanders indiscriminately, so indiscriminately that they might be Moslems or even sympathise with marginalised young men with no hope or vision of the future, the result being that anyone can be attacked at any time in any place. This is not the world we expected to receive when we finished our studies, after doing everything we were supposed to do.

The criminal justice systems, as a rule, like any institution, accompany the traditions and the traditions, as a rule, are the mirror of customs which take years to build. Therefore it comes as no surprise to find out that in many cases, terrorists are treated like common criminals and are released when they have done their time, or half of it with good behavior. This might include a "deradicalization program" whatever that is. Is it a few questions such as "Do you think you are going to go out and stab someone? Are you angry with Christians?" What is more worrying is that the latest incident in London was perpetrated precisely by one such case, who was even under surveillance at the time of his act (which ended up with him being shot dead by the police after attacking unarmed members of the public, like a coward.).

Today, as I write, the British government (but it could be any one) has not drawn up emergency legislation to deal with a real issue. Nobody seems to have thought of judging such cases under the Mental Health Act and sectioning these people to secure psychiatric facilities from which they will not escape or be released since they constitute a danger to the public. For anyone with any doubts, "normal" and balanced individuals do not go around yelling Allahu Akhbar and destroying families with knives, machetes and swords.

How socialized is the classroom for today's society?

We could also ask how well adapted our school classrooms are for the digital child, the millennial, brought up on a diet of touch-screens, buttons and flashy, wizzy electronic gadgets bringing information, entertainment and an adrenalin rush at the behest of the fingertip. Instantly. It is not unusual these days to see young people at a meal table engaged autistically with their gadgets, oblivious to the world around them, it is not unusual to see them slouched in front of a TV set with three or four other gadgets switched on and being used hyperactively simultaneously. Stressed parents, both of them working, of course find it easier to let the kids play with these machines than to sit around helping them with their homework, monitoring what they are doing with their cell phone or laptop, having a proper family meal, at the table with (gasp) conversation and playing a board game after dinner. How many parents do these things nowadays?

So it then comes as no surprise when these children switch off within seconds when faced with today's classroom in which they have until now been expected to sit in rows, shut up and listen to the teacher. In my time, "the square on the hypotenuse is equal to the sum of the squares on the other two sides" was learnt by rote, often punctuated with slaps and ear-pulls if necessary, and repeated ad nauseam every lesson, in which speaking out of turn was at best met with an expulsion from the class and a punishment, or else a good, old-fashioned strapping with a belt. I still have no idea what the hypotenuse is but I do know that its square is equal to the sum of the squares (or triangles?) on the other two sides. These days young people would need therapy if they went through anything like that. In those days, that is the way it was. After school there were four or five hours of homework, and tests, and exams at the end of every year. And a composition a week, of at least one page. That is the way it was. And it wasn't so bad.

These days, it isn't and it's worse. So enter a school, pretty much anywhere, and what do you see? In many cases, little or no homework. A composition? What's that? Calculators in math classes. Mental arithmetic? Six times nine? Er...I dunno...like twenty-five? No? Ah OK...whatever...back to my video game... and while the teacher is talking, a general buzzing as everyone is sending what's app messages in a sub-group entitled "The Teacher's Trousers", sporting comments such as "Look at his flies", "Do you think he irons them himself?", "See the stain on his ass? Is that chalk or what", "I guess it's what"... and a murmur among the girls as they chat about the latest episode of "Girl Town" and among the boys about the latest sports results.

The other issue is whether the school program fits the new generation in today's societies. In many cases it has not changed in fifty years, but societies have, and so the program is irrelevant. Creating a more flexible module-based system requires just twelve years as the Year Ones pass through the ranks up to twelfth grade, blazing a trail for those coming after them. Sure it costs money, or does it? Sure, there's money available for weapons to murder people and destroy families (it's good for the economy, what?) but if those creating the system are those already working inside it, what is the extra cost?

It is difficult to generalize and to provide a clear-cut solution but being somebody who likes to present solutions and ideas after I have exposed the problem, I believe we should not be excluding anything (mental arithmetic, dictations, discipline in schools) and this includes also digital means of teaching. What is unacceptable is that today so many young people can emerge from 12 years of education unable to think, reason on paper, write a composition, count, read or even speak properly.

As we have seen recently, with SARS, with MERS, with Ebola Virus Disease and now with 2019-nCoV, it is not beyond the realms of possibility that one day something extremely dangerous is going to jump from an unknown source and infect humans. Maybe the new Coronavirus is the one, we shall see as time goes on. The timing of the pandemic is what I find very suspicious, although of course it may be a coincidence and we do not yet know how it will mutate and whether any mutation will keep it ahead of medication and ahead of scientific research. Until such time as the laboratories fail to come up with a blanket medication which stops receptor cells accepting and housing a virus, or with a treatment which allows the immune system to coat the membrane and the spikes of the viruses with a substance which stops them from latching on to a receptor cell in the body, we will be prone to such events.

What is by now crystal clear, is the fact that the authorities will do absolutely nothing at all to protect us, and that the international watchdogs at the highest level will refuse to impose travel bans or restrictions until whatever it is has internationalized itself in a global health emergency as we have seen time and time again. This is not the first time I have said this. It is almost as if the virus is aided to reach pandemic level so that a huge pharma company can make billions with an anti-viral drug or a vaccine. And we are the guinea-pigs.

So while we continue to destroy habitats, we cannot complain if we encounter something more deadly that the Black Death. If you play with nature, it bites back. The 50/50 Green World is an idea in which humans infect only half the planet, leaving the rest free for those who understand it and respect its rules.

Food for thought, and hopefully discussion.