Do we face a phenomenon called state terrorism?

Do we face a phenomenon called state terrorism? 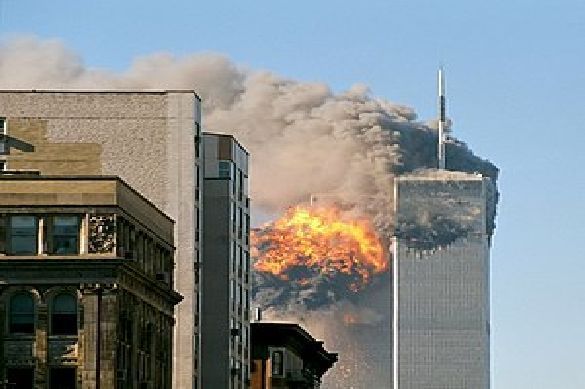 The first attempts to provide a definition of terrorist acts go back to the Geneva Convention of 1937 (UN, 1972).

The 1937 Geneva Convention for the first time defined the concept of terrorist acts as follows:

"Criminal measures against a state for the purpose of terrorizing individuals and groups or at community level" (Article I, paragraph I, UN, 1972).

In addition to the UN legal mechanisms, it has issued numerous declarations, resolutions and reports on the prohibition and suppression of terrorism.

According to international documents, there are generally three conditions for a behavior to be considered a terrorist:

Here are some examples as follows:

In recent days and weeks, the issue of assassination of Haj Qassem Soleimani on Iraqi soil by a foreign government has been the subject of domestic and foreign media debate. Here mentioning some points are important. First, the US government has invaded Iraqi sovereignty and militarily attacked on an official from another country who had authorized to attend. This is while that after the formal end of the Iraqi occupation in 2008, the United States entered into a security agreement with the Iraqi government entitled "Agreement between the United States of America and the republic of Iraq on the withdrawal of US troops from Iraq and organizing their activity during their temporary presence in Iraq" (abbreviated as SOFA). Subject to Article 5, Paragraph 2, of this agreement, the United States shall recognize the sovereignty of Iraq at any time by requesting the United States to withdraw from its territory. But it officially violates this rule and proudly accepts the responsibility for this terrorist act and in fact declares a public war against the Islamic Republic of Iran.

Also, beside Haj Qassem Soleimani, one of the most prominent figures in the fight against terrorism, especially ISIS, was Abu Mahdi al-Mohandes, who was also the deputy chief of Iraq's Hashdo shaaby forces, testified in the attack. While, both of the mentioned figures and also the organization under their command, the Iraqi Quds fore and the Hashed al-Shaabi are on the list of US terrorist individuals or organizations. The question here is the Hashed al shaabi (all-Hashed al-Shaabi) organization, also known as the Iraqi mobilization, set up in 2014 and by the order of the religious authority to expel ISIS from Iraqi territory (after the capture of Mosul by ISIS) and was recognized in the Iraqi parliament on November 26, 2016 and is currently part of the Iraqi Armed Forces and is under the command of Commander in Chief of the Armed Forces, how can be attacked by a foreign country under different pretexts? Isn't this a violation of the sovereignty of Iraq and a deliberate government terrorism and a favorable and profitable treatment of terrorism?

We go back for a few years.

On September 22, 2018 simultaneous with holding the Iranian Armed Forces parade, on an armed terrorist operation, several parade participants in the city of Ahwaz including several children, were martyred and separatists called al-Ahwazi took the responsibility of it.

The leaders of the terrorist group are based in Sweden, the Netherlands and Denmark. Habib Farajullah Cheab, deputy head of the al-Ahwazi terrorist group residing in Sweden, repost the tweet of Habib Jabr (head of the al-Ahwazieh terrorist group) in connection with the September 22 incident in Ahwaz. The message is: "targeting of the Revolutionary Guards in a military parade in Ahwaz by the national resistance of Ahwaz was in the context of self-defense and anti-terrorist militias in international level."

on January 5, 2018, another tweet quoted the group as attacking a garrison in Mahshahr and Shadegan, saying: "the Ahwazi National Resistance has targeted the Javadolaemeh the Islamic Revolutionary Guard Corps garrison and garrison of Malek Ashtar garrison in the Abudy area of the Shadegan county."

Whilst, under international conventions of the fighting against terrorism, countries are obliged to take effective measures in this regard.

For example, in accordance with UN Security Council Resolution 1373, funds and other financial assets or economic resources of persons who committed a terrorist act or intend to do so, without any delay should be immediately blocked. This applies also to entities that are owned or operated by these entities, and to individuals and institutions that work on behalf of or under the guidance of such persons. Paragraph 2 (c) of the resolution also states: "Governments have no right to provide a secure base for the investment, planning, support or commission of terrorist acts." It further states in paragraph f that " Governments shall provide assistance with criminal investigations or criminal trial procedures related to investment or support for terrorist acts, including assistance in gathering evidence necessary for the trial. " Paragraph 3 of the same resolution emphasized ensuring that the granting of refugee status is not abused by the members.

Despite the group's admission of terrorist acts against a country, we still see these people backed by governments that claim to fight terrorism and freely pursue their activities. There is a claim that why a group that officially carries out terrorist operations is supported by some governments and even refuses to cooperate in bringing them to the courts.

But the United States accuse a group which formed for combating ISIS in its homelands and consider as a legal group, as a supporter of terrorism and committing terrorist acts and put it in the list of terrorist groups. Known a person as the hero of the fight against ISIS in the world who exiles ISIS out of the region, who is legally present at the request of Syria and Iraq on the territory of these countries to fight terrorism, as a terrorist and put him in the list of terrorist groups, and finally kills him cowardly.

The terrorist group of MEK is another example that most of the victims of terror in Iran have been killed by this group. This group, which was in the list of European terrorist organizations until 2009 and in the US list of terrorist organizations until 2012, to the testimony of many experts with the heavy costs of lobbying, and for the benefit of the US interests and their use against Iran, it goes out of the list. The group however, has a sectarian approach, with a rich record of terrorist operations and financial corruptions. The assassination of American advisors in Iran, the assassination of more than 12000 Iranians, including Iranian officials, cooperation with Saddam in invading Iran and betraying their own country, the suppression of the Iraqi Kurds, attacking on the Iranian embassies and ambassadors in different countries... all are just part of the crimes of this terrorist cult.

One day the US invades Iranian soil with the excuse of releasing its hostages, and another day it supports the terrorists who murdered innocent Iranians and its military advisers.

The military activities of Western governments, especially the United States in various countries, show that the fight against terrorism is a repeated excuse and a justification for attacking various countries and interfering in the affairs of the rich countries in terms of mineral resources. This dual behavior can be described as "the modern colonization in the new century".