Future historians will one day look back at the coronavirus pandemic in our time as a (not the) pivotal moment in the remaking of world order not seen since the Age of European Colonialism. 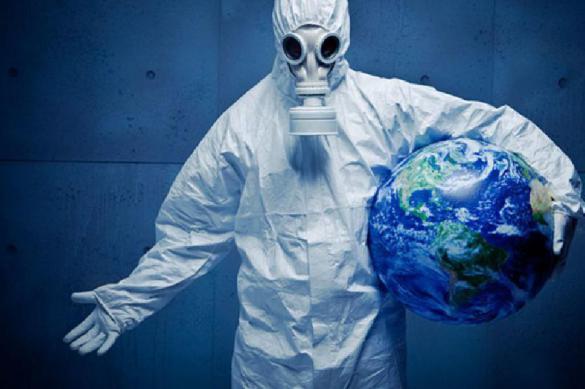 THE RETREAT OF THE U.S.

Especially (though not only) since the coronavirus outbreak in China 3 months ago, the U.S. has been in retreat -- because it cannot lead the world, for 3 major reasons.

First, the U.S. has "wasted months" of "precious opportunities" to curb the outbreak. It did not adopt early enough the effective drastic measures to curb the outbreak first used in China (and then in Singapore, Hong Kong, Taiwan, South Korea, etc.), due to the "divisive social structure" and "individualistic cultural fabric," when different individuals, groups, parties, and states bickered with each other for their own interests (and still do). So now, the U.S. has the world's highest number of infections. The price to pay for this mistake is "prolonged but preventable economic pain"-because the coronavirus outbreak in the U.S. will unnecessarily last longer, so the economic losses will be unnecessarily more.

Second, the U.S. has suffered from "demagoguery in politics." Demagoguery, as defined in Wikipedia, includes "scapegoating" (e.g., blaming first "China" and then "Democratic governors" for the coronavirus crisis), "fearmongering" (e.g., calling the virus the "Chinese virus"), "lying" (e.g., the "coronavirus" is not as bad as the "seasonal flu"), "promising the impossible" (e.g., the outbreak "is going to disappear,...like a miracle"), "personal insults and ridicule" (e.g., calling Washington Gov. Jay Inslee a "snake" for criticizing the administration's incompetent response to the outbreak), "violent and physical intimidation" (e.g., the rise of "hate crimes" against "minorities," thanks to Trump's "white nationalism"), and so on. Thus, demagogues, though popular among their supporters, fail to solve problems. Chuck Todd et al. in NBC News on April 3 identified 14 "biggest failures" of the U.S. to curb the outbreak.

Third, the U.S. has indulged in "unilateralism." The Trump administration has berated and bullied both allies and non-allies (e.g., trade disputes with the EU and China, the Paris Climate Agreement, the Trans-Pacific Partnership, the INF nuclear treaty, the UN Human Rights Council, the WHO, the Iran nuclear deal, the blocked reappointments of the WTO's appellate body, etc.). Now, as different countries beg for medical supplies to fight the pandemic, China had quickly sent medical aids to more than 120 countries around the world, as reported by Shashank Bengali for the LA Times on April 10. By contrast, "instead of providing aid abroad, Trump has been soliciting it," as reported by NBC News on March 26. Even close allies like "Germany and France have accused the US of taking face masks already ordered by Europe" in a nasty bidding war, as reported by Colin Drury for The Independent on April 4. Worse, in the midst of the pandemic, Trump abruptly cut off funding for the World Health Organization which is badly needed to fight the pandemic around the world.

THE ADVANCE OF CHINA

Unlike the retreat of the U.S. -- China has been in advance, for 3 major reasons.

First, other countries imitate the "Chinese model" in different degrees. Even though China had a bad start last January, when some local officials had no clue that the few cases of infection in Wuhan foreshadowed the coming of a new pandemic (but who could foresee it then?), its top leaders took decisive measures (once they realized its serious spread), which, by late February, quickly curbed the outbreak. In spite of the critique concerning its draconian measures (quarantine lockdowns) at the beginning, other countries (first in Asia, then in Europe, and later in Latin America as well as Africa) copied the Chinese model and imitated quarantine lockdowns everywhere (in various degrees), with the most extensive one in Italy. Now, other countries (especially in Asia and Europe) also start imitating the Chinese model of digital QR health code system to track the outbreak. WHO Director-General Tedros Adhano thus said: "The Chinese government is to be congratulated for the extraordinary measures it has taken to contain the outbreak."

Second, China is driving the "world's growth engine." Before the pandemic, China already overtook the U.S. as the world's growth engine. But now, the process is accelerating, because China is the first major power to quickly curb the coronavirus outbreak, and its economy is slowly but steadily returning to normalcy, as quarantine lockdowns in different cities (including Wuhan) start being lifted for workers to return to work, and China's manufacturing PMI in early April showed a rebound to 52.0 in March from a low of 35.7 in February. This slow but steady return to normalcy brings good news of economic growth to the rest of the world (especially Africa, Latin America, and Asia), in spite of the risk and fear of a second wave. But there is one major exception, namely, the "decoupling" of the U.S.-China relationship due to Trump's "Make America Great Again" campaign. But Trump's "protectionist isolationism" is actually making America "small again" for 3 reasons: it will force China, first, to do more business with the rest of the World (but not the U.S.), second, to hasten the "Made in China 2025" strategic implementation to be the world's technology-intensive powerhouse (away from relying on American technologies, as China already knocked the U.S. off the top spot by being the world's top patent filer in the 2019 PCT ranking), and third, to transform its export-oriented economy into a consumption-based one. China will emerge stronger and more competitive.

Third, China is the new champion of "globalization." Due to Trump's "protectionist isolationism," China becomes, by default, the new leader of "multilateralism" (e.g., the Regional Comprehensive Economic Partnership, the Paris Climate Agreement, the Iran nuclear deal, the WTO, the WHO, the Belt and Road Global Initiative, the Asian Infrastructure Investment Bank, etc.). Now, in this stressful time, more than 120 countries around the world had received medical supplies and experts from China, as NBC News on March 26 had this headline: "As U.S. struggles to stem coronavirus, China asserts itself as global leader."  Alicia Bárcena, secretary of the Economic Commission for Latin America and the Caribbean (Eclac), thus said on April 7: "We cannot count on the United States; that is very clear; today it shows us once again; it is even requisitioning medical supplies to cover its own needs. There is no sense of community with the United States....China is being much more open to international cooperation than the United States,..."

THE REMAKING OF WORLD ORDER IN THE 2ND COLD WAR

This retreat of the U.S. and advance of China have accelerated the remaking of world order which had already begun with the rise of China decades ago. No other power bloc on Earth is more threatened by this remaking than the Western world, which has dominated international relations since the Age of European colonialism. Consequently, many in the Western world now waste no time to bash at China on every occasion, no matter what it does -- since the "Western-centric frame of reference" could not accept any Chinese model as practically possible and normatively desirable for the world.

This then is to say that the world is now entering the (2nd) Cold War, and future historians will one day acknowledge U.S. President Trump for igniting this (2nd) Cold War, because he refuses to accept the decline of the U.S. by "making America great again" -- just as Winston Churchill had famously said that he refused to preside over the fall of the British Empire (but it fell anyway).

But many parts of the Non-West, due to the historical legacy of Western colonialism and slavery (and their net benefits from the advance of China), have come to appreciate this coming new world order much better, which explains why China and those of Chinese descent have an easier time getting accepted in many parts of Africa, Asia, and Latin America, without the widespread racism and discrimination that they often encounter in the modern (and contemporary) West. The Chinese model is therefore more popular in the Non-West but more un-popular in the West.

Thus is the future of the 2nd Cold War in the post-pandemic era, with its protagonists on both sides of the fence. We are living in a pivotal moment of world history.

About the author: Dr. Peter Baofu is an American author of 161 scholarly books to provide 127 new theories (visions) of the mind, nature, society, and culture in future histories. He was interviewed on television and radio as well as for newspapers around the world (see YouTube.com) for his visions of the future. He has lived and/or worked in 110 countries around the world for his global research on the future of humanity. For a detailed analysis of future global politics, see his 2007 book titled "Beyond the World of Titans, and the Remaking of World Order."