Pandemics and the hypocrisy of American cultism

Let's begin with a question, or series of questions actually:  Would you turn over your car keys to a stranger simply because he/she asked for them?  How about the keys to your home or apartment?  Computer passwords?  ATM code or bank account information? 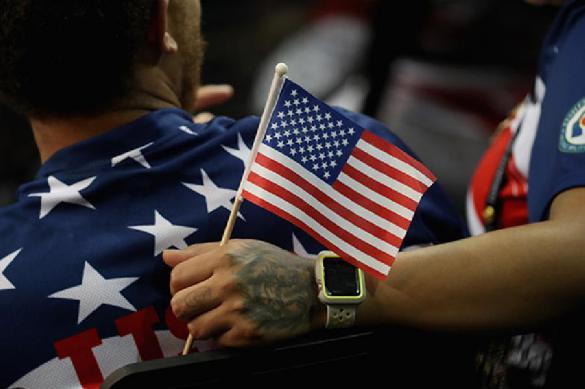 If you are like most people, your answer would be a resounding NO!

Yet, every day, without a second thought or a moment's hesitation, millions, perhaps billions, of people give control of their most valuable asset to others: their minds.

This can be done short-term.  For example, if a careless driver recklessly merges into your lane, you would probably immediately fill with rage and want to show that driver a gesture that emphasizes your disgust, not realizing that you can actually control your reaction by accepting the reality that such carelessness on the behalf of others is an unfortunate, but inevitable reality, one faces when driving a vehicle.

But what really gives this careless driver unwarranted control is when such incidents linger with you:

These replays cause you to toss and turn when you go to bed, thus costing you a good night's sleep.

And all the while, you're probably not even a passing memory in the mind of the person who provoked the incident in the first place.

Whether people realize it or not, this is the secret behind social, religious, and political cults-the idea of promoting some "great leader" who allegedly has all the answers, and your life will be bliss if only you let them think for you.

On July 25, 2014, I wrote what became one of my most popular articles for Pravda.Ru, Is Religion Humanity's Deadliest Invention?  In it I stressed that I had no quarrel with the founders of many of the world's great religions, and, in fact, I believe that if people truly lived by the deeper tenets of many of these faiths, instead of focusing on superficial rituals, the world might be a better place.

But I also realized that, somewhere along the way, a plethora of charlatans and opportunists realized that the exploitation of religion was not only an easy pathway to wealth, but also a perfect way to control and manipulate others.

For example, even the most accomplished con artist can usually only con the same "mark" once, because people realize they've been duped when it comes to investing in schemes like phony companies, gold mines, "miracle drugs," etc.

But hucksters of religion can (and do) con the same people over and over, because "God can't lose."  If they pray for a person's healing, and that person is healed, it was the huckster's "God power within."  If the person isn't healed and even dies, then it's simply "God's will."

If you doubt this, look at how many leaders of apocalyptic cults have predicted doomsdays, only to see these dates come and go, and yet many of their followers stay with them.

Sadly, what made me recall my article from six years ago is the tragic pandemic that is currently plaguing the world.  I have been loath to write about this, because I didn't want to appear to be exploiting a disease that is causing such hardships and costing so many lives.  But when I realized the abject cruelty, hypocrisy, idiocy, and opportunism of many political and religious leaders today, and how they are relying on their cult-like status to deviously control people's minds (but remember, they can only control what one surrenders), I could keep silent no longer.

So, let's examine what we've learned about how the coronavirus has altered, or more accurately revealed, the one so-called "principle" of these cult leaders.

Pro-life has now become "Die to help the economy."

A few years ago, the animated show Family Guy released on DVD an episode that the network refused to broadcast because it dealt with abortion.  In it, one of the main characters, Peter Griffin, was adamantly opposed to his wife having an abortion, citing the off-quoted "Adoption, not abortion."  To this end, another character, Brian, the family's talking dog, told Peter, "If you feel that way, then let's go down to the agency and adopt a child right now."  To which Peter replied, "I only care about the unborn.  Once they're here I don't give a f*** about them."

I thought about this quote every time a "pro-life" politician wanted to cut funding for prenatal and health care, food stamps, job training, and education.

But I also thought about the other "pro-life" extreme.  Several years ago, Rush Limbaugh, one of America's prominent cult leaders and purveyors of spurious information, vociferously railed against Clint Eastwood's movie, Million Dollar Baby, because in the film Eastwood's character agreed to "mercy kill" a paralyzed female boxer he had trained, after she requested that he end her life.

Think how many other so-called religious and political leaders have protested in similar manners about the "sanctity of life," and "not euthanizing the elderly" whenever a terminally ill person requested that his/her life be ended.

Yet, what are we hearing today?  Texas has used the pandemic to halt almost all abortions in the state, yet its Lieutenant Governor Dan Patrick says, "There's more important things than living," when arguing that the economy should be reopened despite the risk of spreading the coronavirus and the fatal impact it is likely to have on those most vulnerable to it-the elderly.

And despicable men like Bill O'Reilly have argued that many of those who died from the coronavirus were on their "last legs" anyway, neglecting of course, the fact that, absent this virus, who knows how long those legs would have carried them.

Then there's the buffoonery of Republican Legislator Robin Vos of Wisconsin, who argued that compelling voters to endure long lines in limited polling places during a pandemic was "perfectly safe" while he was decked out in protective gear.  And a majority of idiots on the United States Supreme Court agreed (and in the process caused several Wisconsin voters to catch the coronavirus).  Yet how is this same Court handling its own cases-by telephone!!!!

Of course, this is to be expected.  It's no surprise that politicians and judges (especially Supreme Court justices) are often the scum of the earth, who apply one set of rules to themselves and another to others.

But what is really infuriating is the so-called "religious" leaders who are exploiting cultish devotion to expose their followers to the coronavirus, instead of using their positions responsibly to keep the people who depend on them safe.

After all, if God is truly everywhere, as the religious are wont to say, then why does it matter whether people are worshipping in ostentatious trappings surrounded by others or in the privacy of their own homes?  The answer is simple-the arm of the collection plate doesn't reach into one's living room.

And enabling this is corrupt, mendacious monsters like Attorney General and preeminent Trump a** kisser the despicable William Barr, who is threatening to file lawsuits against States who unduly restrict religious gatherings.

Because these monsters know one thing-nothing conceals evil more effectively than hiding it behind God.  Exploiting God for their own duplicitous ends is their "bread-and-butter," and little nuisances like a pandemic certainly aren't going to stand in their way.

Of course, it can be argued that just because these religious gatherings are unrestricted doesn't mean that people have to attend them, so it's really an individual choice if one wants to risk exposure to the coronavirus or not.

But this ignores two realities.

And therein lies the rub.  Currently there are numerous protests against restrictions imposed in many states to combat the spread of the coronavirus, and it is easy, even tempting, to say if these protesters want to risk exposure and death then they deserve what they get.  But the problem with a contagion is the irresponsible can also infect the responsible, just like the drunk driver who walks away from an accident with minor injuries after he swerved into oncoming traffic and killed a family of five.

Of course, if the reopening of the economy does not have dire consequences then those I am criticizing will bask in smug self-righteousness while people like me will be branded as fools.  But I can live with that, and even admit I was wrong, because, in truth, I would take no satisfaction in the worsening of a pandemic just to say I was right.

Which leads me to my final point about the primary danger of the cultism America is now facing:  The defensiveness it sires.

I often call this defensiveness the "gambler's syndrome."  An example is where people are playing slot machines and have already lost the funds they budgeted to gamble, so the logical move is to walk away and admit that money is gone.  But doing so makes them feel foolish.  So, instead, they dip into the grocery and rent money, spending it in the hopes that they will be redeemed by hitting the "jackpot."  While they win on occasion, more often than not they walk away both feeling and being financially worse off.

It is this refusal to admit one might be wrong-this defensiveness that makes one incessantly unwilling to take responsibility for one's own thoughts and actions that allows them to be manipulated by unscrupulous people.

I will admit, it is often difficult to tell the difference between an expert who speaks with your best interests in mind and an opportunist who speaks with only his or her own.  But surrendering your greatest asset-your mind-by allowing cult-like devotion to exacerbate an already bad situation makes telling this difference impossible.

As Dr. Martin Luther King Jr. once said, "Nothing in all the world is more dangerous than sincere ignorance and conscientious stupidity."