How much violence and destruction is enough for depraved American leaders?

"Without trampling through all the historical details, we can designate the entire history of [Americans]-the glorious past so eulogized by our fathers-as the history of shame, for in that history there is more betrayal, apostasy, perfidious intrigue, ignominious defeat, well-deserved failure, base vengeance, merciless retaliation and brutality that no hypocrisy can mask...So let's forget about the past and old glories, namely let's leave it be, let's no longer bring up those shames of the past and the jumbled mendacities considered worthy of praise, it's more than enough for us just to remain on the surface of that swamp if at all possible, the swamp denoting the state of moral values today...Whoever is [American] continually postpones his present, exchanging it for a future that will never arrive." Baron Wenkheim's Homecoming, Laszlo Krasznahorkai 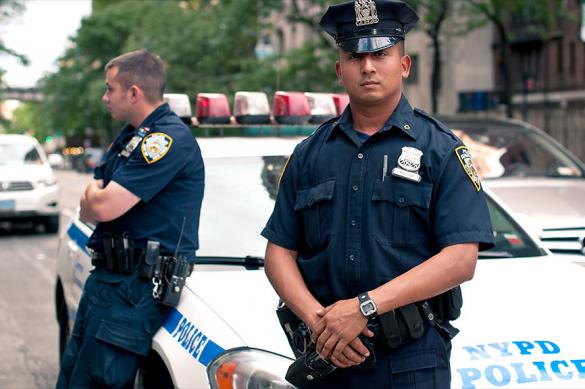 What subcategory of human being takes a knee on a handcuffed man, mashed face down on the pavement and, ultimately, forces him to die? Such was the action of a psychopathic white Minneapolis, Minnesota, police-paramilitary officer named Derek Chauvin, that resulted in the death of a black man, George Floyd.

Right there, on the street, recorded live by a bystander. Chauvin continued his personal application of the death penalty even as he knew he was being filmed. Idiot or no? Did he think he'd be exonerated by his superiors. Now the world can watch a uniformed member of the Minnesota State paramilitary apparatus snuff the life out of a human being. For what? An allegedly forged $20 bill?

A long overdue protest movement in major cities across the United States that is posing a challenge to the State-Wall Street monopoly on violence that disproportionately eliminates blacks, Latino's and poor whites. And let's not forget those citizens in foreign countries wiped off the map by perpetual US bombing and drone attacks. (State-Wall Street: referring to corporations, lobbyists, finance houses, politicians, mainstream media, upper echelon military, etc.)

Power to the State-Wall Street, Not the People

The fear of the State-Wall Street crowd is so intense that the governor of Minnesota, Tim Walz, called the Secretary of Defense Mark Esper to talk about strategy and tactics to subdue the protestors. Is that such a good idea given that the Taliban is pushing the US military out of Afghanistan?

The Pentagon is finally going to go to open war against its own - again - people first starting with the National Guard deployment in Minneapolis and followed by active duty military police. Most Americans will not care as they have been pummeled with constant propaganda about the military being a divine institution. What's next? Another Jackson State?

The protests underway have at their foundation the totalitarian economic conditions which the State-Wall Street benignly incarcerate the larger population leaving them with the sham outlet of elections that simply replaces one prison warden with another. Vote for what? Another fascist like President Donald J. Trump or governors around the country who have their eyes on senate or house seats?

Why would someone like Floyd, allegedly, try to pass off a $20 note? You can't separate that act from the grueling austerity measures and unemployment in the USA that leaves the young and poor, and lower classes of all stripes with no economic future and struggling to make ends meet each day, even to put food on the table.Yeah, sure, the COVID19 Pandemic has been really tough on most Americans. But where are the trillions of federal dollars in the form of food aid, unemployment benefits, jobs programs for the Floyd's and others in this country?

The State-Wall Street act as if over 100,000 Americans deaths from COVID19 (largely poor, elderly, black) don't matter at all. Nothing to see here, move along, the dear leaders say. Put the American flags at half mast, the president says. Here's $1200 for each household, the US Congress says. Bow your heads in remembrance of the 100K religious leaders say. With this kind of American psychopathic leadership mentality that seems now to have infected nearly all American political and economic leaders, what's one more George Floyd to them?

And it was chaotic ineptitude by the Trump administration, and his predecessors, that led to so many deaths. Even the nonpartisan Lancet weighed in on the matter with an unsigned editorial:

"Funding to the CDC for a long time has been subject to conservative politics that have increasingly eroded the agency's ability to mount effective, evidence-based public health responses. In the 1980s, the Reagan administration resisted providing the sufficient budget that the CDC needed to fight the HIV/AIDS crisis. The George W Bush administration put restrictions on global and domestic HIV prevention and reproductive health programming.

The Trump administration further chipped away at the CDC's capacity to combat infectious diseases. CDC staff in China were cut back with the last remaining CDC officer recalled home from China CDC in July 2019, leaving an intelligence vacuum when COVID-19 began to emerge."

If You Can Kill 1 or 100K Americans, Why not Kill the Environment and Wildlife?

Everywhere across the spectrum that you look you can see the State-Wall Street turning the clock back to the early 1960s. Nowhere is this more evident than in the repeal of environmental and wildlife protections.

The Trump administration is relaxing a rule on the hunting and killing of bear cubs and wolves in their dens. According to Newsweek this report:

"The National Park Service described the new rule as an effort to reinstate federal alignment with the state's hunting regulations, according to an NPS news release. The rule, which is expected to go into effect in late June, would reverse course on hunting restrictions introduced in 2015 by President Barack Obama's administration.

NPS spokesperson Peter Christian told the Anchorage Daily News that hunters would be allowed under the new rule to use artificial lighting to entice black bears out of their dens, employ bait to attract black and brown bears, hunt wolves and coyotes during their denning season, and catch caribou while they are swimming."

The New York Times has a running list of Trump's assault on the environment. It notes that

"The bulk of the rollbacks identified by the Times have been carried out by the Environmental Protection Agency, which repealed and replaced the Obama-era emissions rules for power plants and vehicles; weakened protections for more than half the nation's wetlands; and withdrew the legal justification for restricting mercury emissions from power plants. At the same time, the Interior Department has worked to open up more land for oil and gas leasing by cutting back protected areas and limiting wildlife protections."

And, Oh, The Joy of Watching People Suffer and Die

Isn't it enough for Americans to have hunted down Osama Bin Laden and killed him (a video somewhere); captured Saddam Hussein only to watch him hang in a stairwell; or have Muammar Gaddafi killed and stabbed in the anus with a bayonet?

Isn't it enough for Americans to have lived with nearly 10 to 20 years of war in Afghanistan, Iraq and Syria and hear/see the daily reports of civilian casualties killed by US and Coalition forces and the millions of displaced persons caused by US wars, combat action?