The Autopsy Report on the Death of the U.S. Liberal Class

After a long illness the Liberal Class faded away.  It died after decades of being morbidly dysfunctional. It was often out of its mind with delirium, and with periods of being semi-comatose. It had suffered from physical deterioration, mental depression and hallucinations of its former grandeur. 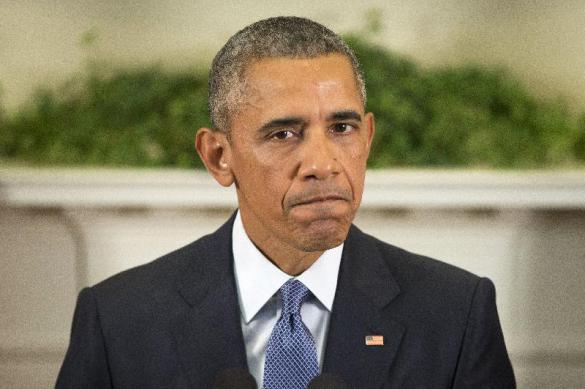 An autopsy was performed to determine the exact cause of death. Political scientists wanted to examine the corpse for underlying pathologies and their progression. The information may prove useful to future social movements. Hopefully, future generations can be saved from the tragic fate of the Old Liberal Class. The peaceful protests against riotous police violence gives one some hope for the next generation.

Survivors of the Liberal Class are Identity Politics and Political Correctness. The relatives were left squabbling over Liberal's legacy. The Biden faction claims that it is the sole legitimate heir. The Sanders faction is begging for the silverware set. The pro-maskers and anti-maskers are in an angry Twitter feud. Identity politics, political correctness, incrementalism, and mainstream Democrats are demanding their share of the estate. The middle class was left with nothing but broken promises. The working class and the poor had become estranged from the Liberal Class for many years, and were cut out of the will entirely.

The 100-year-old body of the Liberal Class had many wounds. In its younger days it had won some milestone battles: organizing labor, the 40-hour work week, a minimum wage, women suffrage, child labor laws, Social Security, Medicare, the Civil Rights Movement, and protests against the Vietnam War were just a few. Battles lost were to McCarthyism, COINTELPRO, the wars on drugs and crime, mass incarceration, Latin American death squads, privatization, corporatism, and international imperialism.

In later years the Liberal Class grew fat, dull and lazy. Fast-food, slow metabolism, consumerism, too much screen time and its decrepit age had severely weakened its immune system. A mussy brain caused ambivalence, confusion, and senility. The heart was broken from waiting for hope and change, which never came. Psychologically the Liberal Class simply gave up the fight.

Chris Hedges, in his book The Death of the Liberal Class, had speculated that the cause of death was gullibility. This was a contributing factor. Liberalism had been foolish enough to believe that it could change the political class from within the system. It had believed that elections and voting for the lesser evil would buy it time. The priority was always to vote for the lesser evil in THIS election, while waiting for the messiah to appear in the NEXT election.

The Liberal Class believed in many false messiahs. In 1976 it elected Jimmy Carter. The 1976 election took place when the Vietnam War and Watergate were still fresh in the political mind. The economy was in a shambles, and there was an oil crisis. Hyper-inflation and recession were a new phenomenon called stagflation. Liberalism hoped Carter would be the Promised One.

Carter attacked the energy crisis by calling for conservation and solar energy. He wore a sweater and turned off the lights. He put solar panels on the White House roof. Carter acted as if he was a God-fearing pious man. He talked about peace in the Middle East, and nuclear arms reduction.

In the end, Carter was undone by a feud with his own liberal political party, and he was angry with the American people whom he scolded for having a "moral malaise". A hostile mainstream media ridiculed him and made him a laughing stock. On top of that was the Iran Hostage Crisis---

Despite Carter's come-to-Jesus lecturing he was defeated in the 1980 election by a Hollywood "B" movie actor, pitchman for General Electric and drugstore cowboy named Ronald Reagan. Undiagnosed at the time, Carter left the Liberal Class with a malignant tumor. It metastasized in the twenty-first century into the War on Terror.

Carter and his National Security Advisor, the great-game aficionado Zbigniew Brzezinski armed a band of terrorists in Afghanistan. Brzezinski later bragged that he and Carter egged the Soviet Union into a Vietnam-style war. Revenge seemed so sweet at the time. Instead the U.S. was later hoisted by its own petard into wars that would never end.

Carter's Afghan war lead to the destruction of that developing nation. Afghan women were launched back into the future of the 13th century, and the war killed over a million Afghan men, women and children. Carter's chickens hatched into the attacks on the U.S. of September 11, 2001. For over forty years Afghanistan has been a humanitarian disaster, because of a liberal president's meddling.

After 12 years in the wilderness of Reaganomics, Thatcherism, and Papa Bush, the Liberal Class thought that it had been sent another messiah by the name of William Jefferson Clinton. Clinton was from Hope-- Hope, Arkansas. Hope was the Liberal Class's drug of choice. It kept looking for higher-highs, and instead got lower-lows.

Clinton was a New Democrat:  What the New Democratic Coalition called being committed to pro-economic growth, pro-innovation, and fiscally responsible policies. In other words, Clinton was a neoliberal in sheep's clothing. It was even said that Clinton was the first black president, even though he was as white as sliced bread.

Clinton slashed welfare for the poor, and flooded the prison population with African Americans. Clinton waxed eloquent about the middle class, and the Liberal Class stopped caring about the downtrodden. There was a Democrat in the White House, and the Liberal Class was loyal to the Democratic Party. Liberalism stopped caring about the problems that society created. As Senator Joe Biden said of his 1994 crime bill, "I don't care; LOCK THEM UP". The words PREDATORS and THEM were code for young Black men.

"There are people right now in prison for life for drug offenses, because you stood up and used that tough-on-crime phony rhetoric that got a lot of people elected but destroyed communities like mine."

Biden's tough-on-crime speech was the most crude and racist speech made on the Senate floor in modern history. Southern racist senators Strom Thurmond and Richard Russell would have been proud. They were used to the Ku Klux Klan holding Blacks down. Now the police would do it.

"There's not enough troops in the army, to force the southern people to break down segregation and admit the nigger race into our theaters, into our swimming pools, into our homes, and into our churches---"

In the 1990s liberalism forgot about the 1960's Civil Rights and Antiwar Movements. Clinton's "crime bills" were crimes against humanity. The laws broadened the death penalty to 60 more crimes, and three strikes mandated life-time sentences. Clinton financed building more prisons, and locking up millions of people, disproportionately Black and Poor. Clinton and the Liberal Class ushered in the New Jim Crow.

Clinton signed NAFTA (North American Free Trade Agreement), which hastened deindustrialization, and the loss of good-paying jobs for the working class. He deregulated Wall Street, which lead to the 2008 financial collapse of the banking industry and the Great Recession. That economic meltdown resulted in the loss of 8.5 million jobs, 3 million families being kicked out of their homes, and a massive transfer of wealth to the rich. It was the worst recession since the 1930's Great Depression.

Clinton signed into law the "Iraq Liberation Act of 1998", which was used as the legal cover by George Bush to invade Iraq in 2003. By 1995 Clinton's economic strangulation of Iraq killed 500,000 Iraqi children. Secretary of State Madeleine Albright said it was "worth it", since it furthered U.S. foreign policy.  So they killed a million more from cholera, typhoid, and starvation.

Clinton's shredding of the social contract was no surprise to the Liberal Class. It was one of Clinton's 1992 campaign promises to "restructure the social safety net". Clinton promised to "end welfare as we know it", and he did.

Clinton made it tougher for the poor to qualify for benefits, he set lifetime limits, and punted the responsibility for social programs to the states, without giving them the adequate federal block grants to fund it. The Liberal Class did not object because a Democrat did it.

In 2000 George W. Bush started his criminal presidential enterprise by stealing the needed Florida electoral votes from Al Gore. The U.S. Supreme Court declared that recounting the infamous "hanging chads" violated the U.S. Constitution. Gore could have petitioned the Florida Supreme Court for a total recount of the state, but the Liberal Class advised him not to. It said that a recount would cause a tremendous uproar, make liberals look like spoilsports, and harm our democracy. So Gore conceded the purloined presidency to George W. Bush.

After the attacks on the US of September 11, 2001, the Liberal Class voted in a joint resolution to give Bush the Authorization for the Use of Military Force. Democrat Barbara Jean Lee was the single vote against it. Bush's War on Terror was on. Bush used the authorization to invade Afghanistan. The last big anti-war hurrah for the Liberal Class was in February 2003 against the planned illegal invasion of Iraq. The Liberal Class's new enthusiasm for antiwar protests was short-lived.

As the oligarch class and their servants pulled one illegal outrage after another the Liberal Class barely made a whimper. Assassinations, torture, kidnappings, indefinite detention, illegal covert operations, domestic spying, persecuting and torturing whistleblowers, and shredding the Bill of Rights were overlooked and even abetted by Democrats. The Liberal Class begged for authoritarianism to keep the country safe from terrorists; the Constitution be damned!

Today George Bush is being rehabilitated as a great president who just made a few mistakes. The Liberal Class forgot that Bush is a war criminal, committed crimes against humanity, and tightened the fascist grip on the U.S.A. Bush killed and destroyed millions of lives, and what was left of U.S. democracy.

Ellen DeGeneres says we should be kind to war criminals even if we disagree with them. The Liberal Class agreed and said that forgiveness is what America is all about.

The Liberal Class thought that the messiah had finally arrived when Barack Hussein Obama was elected president. The Liberal Class believed Obama's lies and hoped his promises of change were true. Unbeknownst, Obama had already sold out to Wall Street, the health-insurance industry, and Big Pharma. Obama went on to leveraged Bush's authoritarianism to beat down the middle class and poor. He did nothing for Blacks.

Obama turned the New Cold War into a hotter war with Russia and China. He overthrew elected governments in Ukraine, Egypt, and Honduras. He pivoted to Asia. He destroyed the welfare state in Libya. Even Obama could not keep a straight face when he declared Venezuela a threat to the U.S. national security.

Obama is a war criminal. He committed crimes against humanity, and he killed and destroyed millions of lives. GITMO still stands as an avatar to his lies. He illegally prosecuted more whistleblowers, deported more undocumented immigrants, transferred more wealth to the rich, and militarized the police more than all previous presidents combined. Obama is the reason Trump was elected in 2016. Still, the Liberal Class adored him.

The Liberal Class died from irrelevance – a disease from the 1960s that afflicted liberals then over the age of 30. Dementia set in during the 1990s. The Liberal Class became brain dead in 2008. Trump-Derangement Syndrome took over its subconscious mind in 2016. Russiagate brought on a near-fatal attack of hysteria. Paralysis set in when Joe Biden became the Democratic Party's presumptive nominee. Covid-19 caused Liberalism's internal organs to start shutting down. The Liberal Class died because it had no purpose in life, lost the will to live, and just faded away.

Funeral services will NOT be held since The Liberal Class's friends and relatives have prior commitments with Democratic Talking Points. The Liberal Class left a note asking that instead of flowers, contributions be sent to Bernie or Bust 2024.