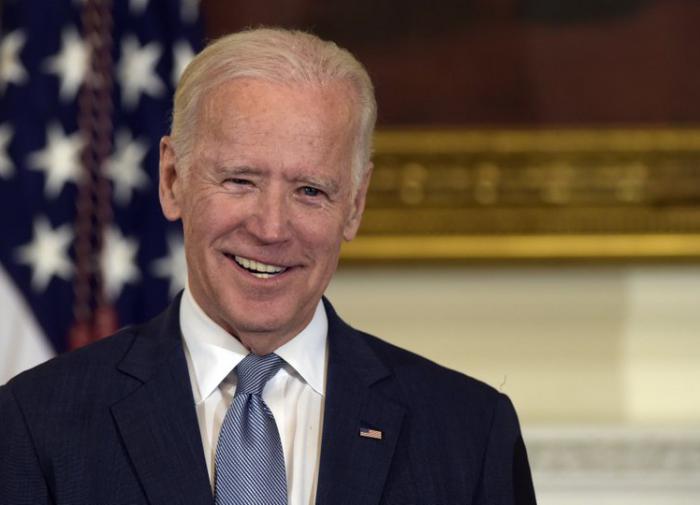 Grumpy Joe has repeatedly claimed Donald Trump is a liar. He has seemingly never met a journalist he does not consider a liar. He even went so far as to tell an Iowa voter he was "damn liar"...and also called him "fat"...all in front of a room full of schoolchildren.

While there is plenty to criticize about the Trump Administration (such as complete and utter failure to accomplish almost every goal announced during his candidacy), Americans would be remiss to overlook the obfuscations, distortions and misrepresentations which characterize the Biden campaign.

In fact, there is scarcely a Biden from Grandfather to Grandson who isn't an amoral charlatan.

The Biden Suspects - A Crime Sheet of the Early Years

We begin the blotter with a list of Biden relations down through the ages and their unethical dealings. While some of the suspects are merely disreputable, more than a few are outright degenerates.

Grumpy Joe's father entered public life posing as Irish but was more probably French, a derivation of Boton. (This is common in politics, and was done by John Kerry - also French - several decades later.)

Joe Sr. used his affability to meet with business success early in life, but like most questionable characters, he managed to squander his fortune. In order to feed his family during the 1950s he turned to the final redoubt of all dishonest men - he became a Used Car Salesman.

Though that business is far more legitimate in Current Year, at the time gangsters and loan-sharks both enjoyed higher esteem. Indeed, when Joe Jr. entered politics Joe Sr. quietly exited the Used Car game as he was deeply concerned any association would tarnish his son's chances of winning election.

Whether Joe Jr.'s eventual path to infamy was the result of nature or nurture it is clear dear ol' Dad provided the broken example by which the son would live out his life of public larceny.

Francis is the brother of Grumpy Joe and has made quite the colorful career of carousing.

As a younger man this paragon of virtue was arrested for attempting to steal a pair of DVDs from Blockbuster Video. In fact, he did so by stuffing them down his pants. (No word on whether this occurred in the Children's Section.)

Around the same time, his driver's license was suspended four occasions and he received a DUI offense. Franny blamed the incidents on a habit of drinking excessively and later claimed to have sobered up.

Be that as it may, it appears Francis did little more than set his sights on bigger prizes than the latest film releases. For his next act he became involved with a series of for-profit Charter Schools called "Mavericks in Education."

Sound legitimate to you? Well, this clearly somber educational endeavor was paired with...a chain of sports bars (curious, for a "former" drunk) which were also branded as "Maverick" establishments. The company hired NBA star Dwayne Wade to front the whole operation (yes, both schools AND bars).

In the so-called learning centers there were approximately 3700 students crowded into 8 cubicle schools where some teachers were paid less than $5,000 a year. No, that is not a typo - five thousand dollars.

Perhaps in an unsurprising turn of events, former employees sued for Fraud given the disparity between their paychecks and the lucrative - not-at-all-related-to-his-brother-being-Vice-President - contracts approved by the state of Florida.

Moreover, each school also received a $250,000 Federal grant. And in case you forgot from a few paragraphs ago, these were schools at which instructors were paid $5,000 a year - American dollars.

If readers have not yet had their consciences sufficiently jolted, the company that Francis and his Maverick buddies were running took in $418,000 for supposed management fees.

Finally, guess what the graduation rate was at most of these noble establishments of learning? Less than 15% percent. Still not a typo - fifteen percent. That is, many had a failure rate of OVER 85% of their students.

James is reportedly among the most pro-active of the Bidens in his use of alleged influence peddling to garner business. He is often described as having touted ties to Grumpy Joe and those attendant government connections to woo investors into highly dubious schemes.

Indeed, as soon as Joe himself was elected to Congress brother James began coming along for the ride - to such places as Rome, Ireland and Africa - during official Congressional Delegation trips. Needless to say, the purpose of such jaunts was hardly a love of experiencing exotic locales.

By the time Grumpy Joe was ensconced in the White House sphere James was there as well. Notably, visitor logs detail how his visits corresponded with heads of conglomerates which later hired him.

Like the Sons of Grumpy Joe themselves, brother James would seem to have little or no background in such businesses (like construction) but executives deemed him worthy of extraordinarily generous compensation.

Of course, it is a total and complete coincidence shortly after joining one such interest - HillStone International - it was awarded tens of millions of dollars in contracts to rebuild Iraq. James and a few others were about to split a reported $735 million on that deal before it fell through...though there is nothing to see here, it's all obviously legitimate.

There were other similar entirely proper contracts handed out over the next decade but too many to list individually.

As of 2020 James is in the middle of a health care Fraud case and in the midst of a Federal lawsuit.

Worse it appears there are...curiosities....surrounding the safety and well-being of those who take on the Biden Crime Family.

One couple who is suing was recently the victim of a terrorism threat via mail. Presently, this has not been resolved.

Case Unclosed - The Curious Cases of the Damned Liars

Needless to say, if you think any of this is anything less above board you are a hater, a denier, probably a racist for some reason, and possibly torture small animals in your spare time.

The only thing for sure is if you question Grumpy Joe about these incidents you will be called a liar - a damn liar, to be precise.

Yet for those who may be interested in some of the lesser known aspects of the Biden Crime Family be sure to stay tuned to this space later this week as we review the Next Generation of the Biden Syndicate.