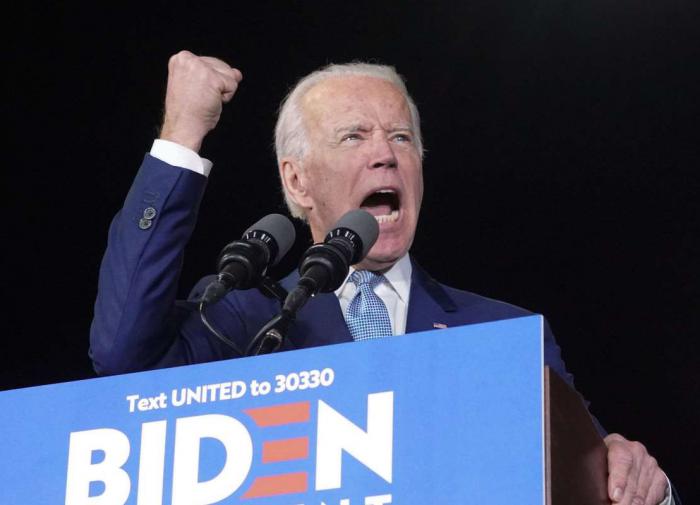 Every professional Gangbuster knows you never go after the Big Boss immediately; hence we flip through our file on the lesser-known hangers-on of the Biden Criminal Syndicate

Just remember, keep these tidbits strictly on the Q.T. because if you mention them aloud "you're a damn liar!"

Having begun with The Grift-father of the Gang, reviewed the various swindles of Tweedle-Dumb Brother Frank and Tweedle-Dumber brother James, let us turn our attention to the progeny ostensibly pilfering the public coffers....the niece, daughter and son of Grumpy Joe.

Apparently, it is a moniker many reporters are unable to locate in court records since in the entire first page of Google search results Crafty Caroline is only described as "the niece" or a "wild child" - by the way, this "child" was 31 years old when she was last arrested (as of this writing, anyway).

Yet Caroline Biden, Caroline Biden, Caro-...well, you get the gist...already had an arrest record preceding her latest crime spree in which she used the credit card of someone else at a pharmacy to steal - wait for it - $110,000 of cosmetics and other detritus. (It is doubtful an ordinary person spends $110,000 at drug stores in their entire lifetime.)

Of course, Caroline is special. So extraordinary, in fact, what would normally land a person in prison garnered this gilded lily but probation! Her defense was something about drug addiction which does ring true if you look at her shop-worn face in crime photos.

Fun Fact: When she appeared in court to plead her case Crafty Caroline was wearing a $1,450 pair of Givenchy boots. Evidently, no one in the New York press pool thought to ask whether she "borrowed" anyone's credit card to pay for them.

As for that earlier interaction with authorities? Incredibly, in a repetition of the scene Biden daughter Ashley once made, Caroline Biden was charged in 2014 with striking a police officer and refusing arrest.

She literally hit a policeman in the arm and in the chest and somehow - clearly not related to the fact her uncle was then-Vice President - was given a no-jail sweetheart settlement deal.

Speaking of Ashley Biden, she is another in the seemingly endless stream of "troubled youth" (her age is 38, by the way) in the Biden Crime Family.

Among her first brushes with The Law was an arrest for Marijuana Possession although - surprise of surprises! - the government attorney overseeing the case declined to prosecute.

Other offenses for which Illicit Ashley has never served a day in jail - but you would - are apparent cocaine use as captured on video camera, an arrest in 2001 for Underage Drinking, followed in 2002 with an arrest for Obstruction of Police During an Investigation.

In the last incident she was alleged to have made threats of physical force and intimidating statements to the officers on scene.

Just try that out some time and see what happens if you aren't the daughter of a high public official - if you are able to remember the incident after the cops beat you senseless.

Where to begin? If there is a single solitary figure who embodies Late-Stage-Americanism it is Hunter Biden. He is an avatar of everything wrong with the United States which needs to be cleansed.

Being as brief as humanly possible in discussing this inhumane wretch...Hunter had a life-long hard drug problem...Hunter cheated to get an exemption into the Navy Reserves as an Officer...Hunter was subsequently kicked out of the Navy Reserves for Drug Abuse...Hunter repeatedly cheated on his wife...Hunter repeatedly cheated on his wife with the wife of his dead brother...Hunter cheated on both of them with a stripper...Hunter got that stripper pregnant...Hunter did business aboard Air Force Two when he had no excuse to be on board other than his father...Hunter may have stolen millions from the Ukraine...Hunter indirectly murdered dozens in Ukraine due to the austerity programs imposed on poor pensioners in order to steal their money and pay his alleged bribe-salary...Hunter did the same thing in other nations such as Romania and China...Hunter probably has done more we are not yet aware of...

Horrid Hunter is perhaps the only man alive who could live in a city with the most beautiful prostitutes on earth (Kiev) yet still manage to come home to one of the filthiest cesspools (Washington D.C.) where he knocked up a washed-out evident tramp. Honestly, the disparity of esthetics is staggering in its scope.

Worse, when demanded to reveal his net wealth to this pole-monkey so she could sue him for all he is worth the brilliant intellect Hunter did not think to reply, "Enough to hire the best Ray Donovan in the nation."

Rather, of the litany of crimes the Bidens have escaped Hunter copped to the single transgression he ought to have been extricated - entangling himself with a potential gold-digger.

Overall, an entire book could be written about Hunter (titled Hunter Biden Is The Worst Human Being On Earth) though the most offensive thing about him is his complete and total lack of remorse.

This is a "man" literally responsible for the weather-related deaths of several Ukrainian widows and orphans who stood in the winter cold waiting at the border of the Disputed Territories where they froze to death in the elements...all so he could...what? Eat caviar with tramps in a dank strip club?

Ideally, Horrid Hunter, should be immediately extradited to a Citizen Tribunal in Donetsk.

For the fellow agents a bit slow on the draw when it comes to engaging extended family of the Biden Syndicate, your concerns are duly noted.

Once upon a time there was a Gentleman's Agreement between John Law and Al Capone that families weren't to be drawn in to the fray. It was a good rule of fair play and honorable dealings.

Sadly, as we have seen, the Bidens don't play fair and they aren't honorable. Once kith and kin begin life as low-level toughs it isn't the Lawmen who are at fault for setting the record straight.

Tune in next time to see what we have on the man who corrupted these relatives, Grumpy Joe himself.