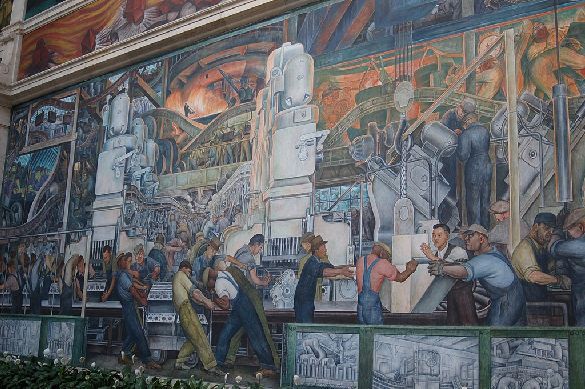 The people of the United States, to protect and preserve its democracy, and the rights and safety of all its citizens, regardless of race, religion, gender, sexual preference, disability, age, and national origin, both citizen and non-citizen, and to remedy the abuses, corruption, hypocrisy, and mendacity of the current federal government, hereby return this Ten (10) Count Criminal Indictment against William P. Barr, who currently masquerades as Attorney General of the United States:

This indictment states that:

William P. Barr committed perjury by taking an oath of office to uphold and defend the Constitution of the United States, only to repeatedly violate this oath by:

II.                Violating the First Amendment rights of peaceful protesters by subjecting them to tear gas and other excessive measures for the purpose of providing Trump with a "photo-op" designed solely to enhance Trump's political stature.

William P. Barr fraudulently and with malice aforethought lied to the American people to cover up the crimes of Trump by:

II.                Refusing to prosecute Trump for violating federal law after Trump paid off an adult film actress to coverup an affair-a payoff that was used to enhance Trump's election;

III.             Refusing to prosecute Trump's daughter Ivanka for using her personal e-mail account to conduct government business, despite the fact that Trump demanded the investigation and prosecution of his political opponent, Hillary Clinton, for allegedly committing the same offense;

IV.             Refusing to prosecute Trump for bribery and/or the solicitation of bribes from foreign governments designed to enhance Trump's reelection campaign;

V.                Firing federal prosecutors who, with due diligence, were investigating the criminal activities of Trump and/or his accomplices;

VI.             Interfering in the legal cases of Trump accomplices who were convicted of crimes.

William P. Barr, with malice aforethought, intentionally and with callous disregard of the United States Constitution, and for the sole purpose of advancing the personal interests of Trump, abused federal resources by:

I.                   Using federal personnel, including members of the United States military, to attack peaceful protesters to facilitate Trump's "photo-op" and/or to appear with Trump in said "photo-op" described in Count One above;

II.                Barr did this knowing that this action had the potential to undermine the national security of the United States by giving the appearance that the United States military was more interested in serving and facilitating the reelection of Trump than protecting and defending the Constitution.

William P. Barr, with malice aforethought, and in defiance of the interests of American taxpayers, has fraudulently appropriated government monies by:

I.                   Accepting a government salary by posing as Attorney General of the United States while serving solely and exclusively as Trump's personal attorney and enabler.

FELONIOUS ASSAULT WITH INTENT TO CAUSE BODILY HARM

William P. Barr, with malice aforethought, intentionally and willfully committed the crime of felonious assault by:

I.                   Ordering the use of harmful chemical agents and projectiles to remove peaceful protesters in order to facilitate the "photo-op" described in Counts One and Four above.

DEPRIVATION OF CIVIL RIGHTS WHILE ACTING UNDER THE COLOR OF LAW

I.                   Using his title as Attorney General of the United States to deny peaceful protesters their constitutional rights, including, but not limited to, the right to freedom of speech, assembly, and to petition the government for a redress of grievances, by ordering an attack on said peaceful protesters to facilitate the "photo-op" described in Counts One, Four, and Six above.

William P. Barr, with malicious intent and reckless disregard for human life, has conspired with Trump to end the lives of hundreds, if not thousands, of Americans, and people residing within the borders of America, by:

I.                   Endeavoring to eliminate the Affordable Care Act while America is in the throes of a pandemic exacerbated by Trump, Barr, and their enablers' ineptness, denials, and inactions, with said action having the potential effect of denying millions of Americans current health care coverage and/or coverage in the future;

II.                Threatening litigation against state and local governments who took and/or are taking steps to limit the size of public gatherings, including gatherings in religious institutions, in order to reduce the spread of the COVID-19 virus;

III.             Dishonestly misrepresenting the alleged "hazards" of mail-in balloting, thereby forcing voters into the untenable decision to either visit polling places in person and risk contracting COVID-19, or not voting at all;

IV.             We, the people, also include in this Count any and all United States Supreme Court Justices who, while hiding behind the walls of one of the most protected and fortified buildings in America, have ruled to restrict mail-in balloting;

V.                Said actions by both Barr and the United States Supreme Court are not made in the interests of democracy, but instead to enhance the reelection chances of Trump, even though they know people have a significant likelihood of becoming ill, and even dying, by exercising a basic and fundamental right.

William P. Barr, and the Supreme Court Justices described in Count Eight above, have knowingly, willfully, and intentionally engaged in treason against the United States by:

II.                Also, in Barr's case, his continuing and unmitigated effort to not only facilitate Trump's corruption, but also to aid and abet Trump in his relentless efforts to replace America's democracy and Constitution with a kleptocratic autocracy.

DEMAND FOR ENHANCEMENT OF PENALTIES

William P. Barr, knowingly, intentionally, and with malice aforethought, committed all of the above offenses while masquerading as Attorney General of the United States, often described as the highest law enforcement official in the land; therefore, the people of the United States demand:

I.                   That any and all criminal and civil penalties against Barr be trebled, since he has demonstrated not only callous and corrupt disregard for his office, but also for the safety, security, Constitution, and democracy of the United States.

Let it be known that any and all facts described in any of the single counts above are incorporated into all other counts.

Based upon this indictment, we, the people of the United States, demand the immediate and unconditional arrest and prosecution of William P. Barr, his removal from the office of Attorney General, his disbarment from the profession of law, and any and all other just and proper relief.

Also based on this indictment, let it be known that if any individual or group of individuals, while voting under the callous, corrupt, and hazardous mandates of the United States Supreme Court, contracts the COVID-19 virus that any and all Justices responsible for these mandates also be immediately and unconditionally arrested and prosecuted in accordance with Counts Eight and Nine above, removed from office, disbarred from the profession of law, and any and all other just and proper relief.