Why is this ongoing American 'revolution' bound to fail?

Observed from outer space, the United States is in a revolutionary turmoil. Fires are burning, thousands of people are confronting police and other security forces. There are barricades, banners, posters, and there is rage. 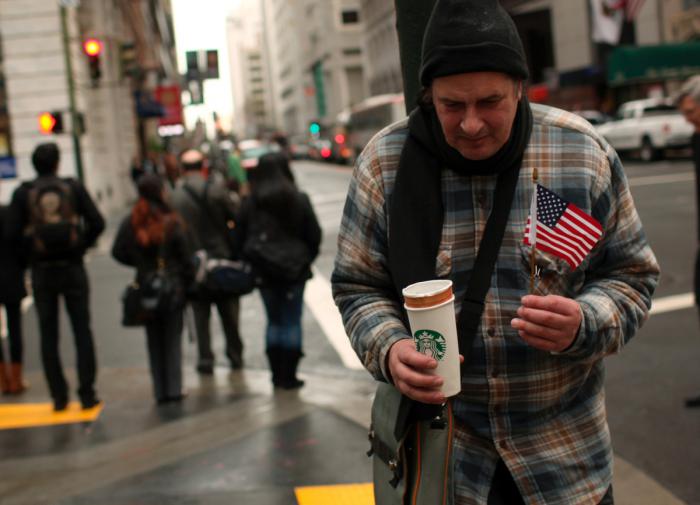 Rage is well justified. Grievances run deep, through the veins of a confused and socially insecure population, in both cities and the countryside. Minorities feel and actually are oppressed. Indeed they have been disgracefully oppressed, since the birth of the country, over two centuries ago.

There are some correct words uttered and written; many appropriate sentiments are expressed.

An expert on Communist China, a man who spent many years living and writing books about the most populous country on Earth, Jeff Brown, recently voiced something that immediately caught my attention. He described, accurately, on his China Rising Radio Sinoland, what has been taking place in his native country, United States:

"Protests in the USA, land of Marlboro Man will come to nothing because there is no solidarity, no vision, nor guiding ideology to unite the people in the common struggle against the 1%. Just ask the Black Panthers and Mao Zedong."

This is precisely when 'guiding ideology' is desperately needed! But it is nowhere to be found.

For years and decades, the US (and European) elites and their mass media, as well as their educational plus 'entertainment' outlets, have been systematically de-politicizing the brains of their citizens. Pornography, consumerism, and sitcoms instead of deep, philosophical books and films. Massive - often booze and sex-oriented - travel, instead of roaming the world in search of knowledge, answers, while building bridges between different cultures (even between those of victims and victimizers).

Citizens in the Western countries were told that the ideologies, particularly the left ones, became "something that belongs to the past," "something heavy," unattractive, and definitely not 'cool.' Western masses accepted it easily, without realizing that without the left-wing ideologies, there can be no change, no revolution, and no organized opposition to the regime, which has been plundering the world for several hundreds of years.

They were told that Democrats are representing left-wing, and Republicans, right-wing. Deep inside, many felt it is rubbish. There is only one right-wing political party in the US - Democrat-Republican one. But it was better for the great majority just to ignore its own instincts and swim with the flow.

It went so far that most of the people in North America and Europe reached the point when they were not even able to commit themselves to almost anything, anymore, from the Communist movements to marriages and relationships. I recently described this occurrence in my book "Revolutionary Optimism, Western Nihilism."

There are many explanations for this. One of them: regime created society built on extreme individualism, selfishness, and shallow perception of the world. To organize, to commit, actually requires at least some discipline, effort, and definitely great dedicated effort to learn (about the world, a person, or a movement) and to work hard for a better world. It is not easy to become a revolutionary when one is positioned on a couch, or a gym, or while banging for hours every day into a smartphone.

The results are sad. Anarchism, consisting of countless fragmented approaches, is increasingly popular, but it will definitely not change the country.

When leaders of the 'revolutionary commune' in Seattle were approached by sympathetic journalists and asked about their goals, they could not answer. These were, undoubtfully, people with good intentions, outraged by racism, and by the killing of innocent people. But do they have plans, strategy, an organization to overthrow the system which is literally choking billions of lives on all continents? Definitely not!

"A few different organizations have different demands, and no one speaks for everyone, but everyone's trying to get together," Simone clarified, implying that the much-discussed list of "demands" that have circulated for the past few days don't represent the wishes of the entire community. However, there are a few lines of commonality running through the settlement.

"Everyone's upset. We all came here in unity, just over the fact that cops need accountability," he said, declaring that his decision to join the demonstration was about "trying to send a message and get accountability held."

"Now we're here - let's get the dialogue going," Simone continued, unwilling to commit to taking over other precincts, expanding the Zone, or any of the ambitious demands made by others in the group."

Russian Bolsheviks had it clear, and the same could be said about their followers. Before the 1917 Great October Socialist Revolution, they spent years and decades educating people all over their vast country. Some of the greatest thinkers and writers, including novelist Maxim Gorky and poet Vladimir Mayakovski, were participating in the "project." Even simple peasants were easily grasping the reality of their dismal existence while getting inspired by some of the greatest minds of their nation. If not for the Cold War and West's brutal interference, the Soviet Union would survive and thrive until this day.

The same could be said about the great revolutionary struggles of China, Vietnam, Laos, Cuba, Venezuela, where hundreds of millions of tremendous works of philosophy, fiction and poetry have been distributed, for free, to both peasants and workers, who easily understood and got inspired by them. In China, in the 1930s, the entire so-called "Shanghai School of Cinema" was born, a true socialist-realism movement that helped to educate the Chinese public about the state in which it was forced to exist.

Big and successful revolutions were constructed and then supported by the educated urban and rural poor, who were awaken and consequently outraged by their position in the society.

Unfortunately, the rebellion in the United States is strategically shallow. There are no great leaders, no cultural figures leading it, no extraordinary educators.

Without any doubt, there are clear reasons for rage and resistance. Racism is one tremendous one.

And, there are other ones: US society, in general, is tired as it is depressed. As it is confused. The country is robbing, literally looting the entire Planet. It tortures people in various countries. Rainforests are burning in Indonesia, Brazil, and Congo to satisfy demands for more palm oil and other raw materials. US citizens are consuming as no other nation under the sun does. They entertain themselves, often living frivolous, empty lives. And yet, almost no one seems to be happy there; no one satisfied.

People know something went essentially wrong, but they are not sure precisely what it is. Or, who should really be blamed?

There is an acute lack of solidarity. And everything is happening impromptu.

Are the 'members of the majority' in the US truly kneeling because they are in unison with the oppressed minorities and the brutalized non-Western world? Or are they "trying to save their own skin," and at the end, keep the status quo intact, as has happened in Australia and their basically insincere "We Are Sorry!" 2008 movement?

There no strong "front," there is no revolutionary program.

It appears that the country is not ready, not prepared, for a huge job of re-defining itself.

Insecurity is due to the lack of free medical care, education, and subsidized housing. Most of the people are in debt. Depression is, at least partially, due to overconsumption of intellectual and emotional junk. There is plenty of fundamentalist religions, but almost no discussion about how to improve life in this world.

Segregated, atomized, and otherwise, fragmented society seems to be unable to give birth to a truly compassionate, egalitarian national project.

Many US citizens see themselves as "victims." Ethnic minorities definitely are. Are the others, too? Who is the victim, and who is the perpetrator? On which side of the scales sits a regular middle-class family, compliant and, by global comparison, heavily indulged in overconsumption? So far, there is no open discussion on this topic. In fact, it is being avoided by all means.

There seems to be at least some consensus that 1% of the richest is to blame, as well as the entire corporate and political system, and also banks. But what about the majority; those individuals who keep voting the system, those who are making sure to ignore imperialism, racism, inequality?

Many questions should be asked, particularly now, but they are not. The very uncomfortable questions they are.

But without asking them, without searching for honest answers, there is no way forward, and no true revolution possible.

The neo-liberal system created entire nations that cannot think independently and creatively. US is definitely one of them. People were bombarded with propaganda slogans that they are free, enjoying liberties. But when the day to act arrived, there has been nothing substantial in terms of new, revolutionary ideas. Just one enormous void. Nothing that could inspire the nation and the world.

The outrage over the brutal police killing propelled millions of people to the streets. The mood has been truly rebellious, revolutionary, geared for big changes.

Revolution is being postponed. Opportunities lost. Postpone by how many years?

The truth is - there are no shortcuts. Those who sincerely want to change the United States will have to follow the revolutionary formula from other countries. The formula is mainly based on education, knowledge, and determined, selfless work for the country and the world, called "internationalism."

Unless the US comes up with an absolutely new strategy, formula, but right now, frankly, it seems to be extremely far from coming up with it!