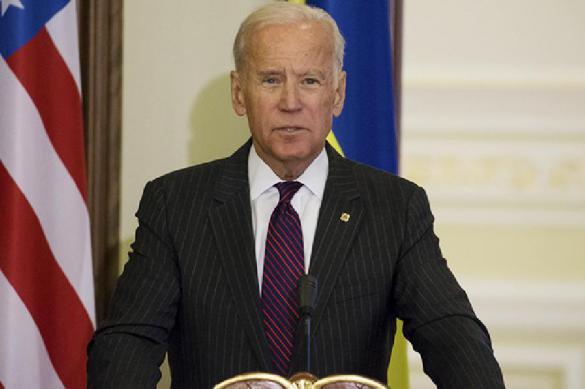 And so comes the point of the story where we engage the Great Heavy, the Main Scoundrel, the Top Rogue.

Well, maybe not quite. There remains one more Evil Henchman (er, Henchwoman) to overcome before the Battle Royale...

Every Antihero needs a Helper and Grumpy Joe is no different. In fact, he is as formulaic a reprobate as any relic ever appeared in a third-rate melodrama - all Biden needs is a mustache to twirl.

That being said, in this Great Age of Absolute Equality we would be remiss to overlook the transgressions of his trusted sidekick Genocidal Jill.

Ever eager to capitalize on the suffering of others, at the end of last year Grumpy Joe sent his dumpy wife down to a Mexican border town to hand out tamales and toys to waiting children.

What were they waiting upon? To jump the border fence and invade the United States.

They are all "looking for a better life" and it is a life that rightfully belongs to American citizens.

Mexicans and their Offspring are coming to steal it - in the form of Free Education, Free Health Care and Free Social Services.

Naturally, all the "Free" things these freeloaders are taking have a price...and it has been paid by Americans through their tax dollars, opportunity costs and delayed or denied ambitions.

Yet Jill Biden does not give a hang for Americans. She and Grumpy Joe think hardworking Americans (the dumb dupes who scratch and save for a living as opposed to sponging) are a bunch of "racist" complainers if they object to millions of thieves taking their hard-earned belongings.

Instead, these American Marks are supposed to cheerfully smile on as Genocidal Jill hands out tamales and toys...and the futures which lawfully belong to the American public.

Joe Biden (Grumpy Joe) - Suspected of: Corruption, Sexual Assault, All of the Above

Of course, almost all of the above traces back to Grumpy Joe. He is the one who has connived and cajoled and covered for the grotesque corruption committed by the Biden Crime Family.

Joe makes up stories which never happened. Joe conceals truths that occurred. Joe thinks our American citizens are not the rightful inheritors of their country because he wants to replace them all.

Joe protected the nauseating swindles of his brothers. Joe pulled strings for his repulsive son. Joe made sure crimes for which typical Americans would serve lengthy sentences were cleared for his relatives.

Joe loves poor Mexicans but hates poor Whites and poor Blacks. Joe wants to ethnically cleanse Americans the same way he supported such wars in Europe and the Middle East.

Joe Biden is covered with blood - of Serbs, of Ukrainians, of Iraqis - and it is time someone called him out on it.

Joe has been credibly accused by more than seven professional women of good-standing to have inappropriately touched them repeatedly. Joe caressed them. Joe sniffed their hair. Joe kissed many.

Joe was accused - BEFORE he announced his candidacy for the Democratic nomination - by a former employee of sexual groping in the Capitol Building. Her claims were amplified after others came forward to allege less severe but similar Biden misbehavior; but make no mistake - this was not "after the fact."

Specifically, Tara Reade made a contemporaneous outcry to her family about Biden's sexual assault. Her mother telephoned a political panel on CNN to request advice. (Disgustingly, CNN attempted to censor this fact by erasing its archive and relabeling digital videos to cover for Joe.)

Over twenty years ago Reade's former husband mentioned her traumatic experience as a victim of Biden's alleged assault as a defining moment in her life from which she still suffered the consequences. Former neighbors similarly corroborated these accounts of the degree to which it impacted the woman.

While Reade insists she filed a written complaint about Biden's behavior, Joe refuses to allow the very archives where such material is stored to be searched for this documentation. We are supposed to trust him that it does not exist.

Earlier this year several "news" outlets took it upon themselves to smear Tara Reade by interviewing any colleague they could find who had a negative impression of her. Yet let it be clear, whatever sort of person Tara Reade may be her personal foibles do not authorize Joe Biden to sexual battery.

The Sentence - A Character Review of Grumpy Joe

It would be comforting to claim Joe Biden and his disgusting Crime Family will get what they deserve but we all know that probably is not the case.

The Bidens, and scum like them, have always been with us and likely always will be with us. We do not have their money, or their influence, or their power.

What we do have is the truth.

The truth is the Biden Crime Family can scarcely be considered decent, at least not according to any civilized definition of the term - and at the very least neither Joe Biden nor his relatives should ever be granted another term of office anywhere in the land.

The Big Reveal - One More Twist in the Tale

As every True Crime follower knows, there is always one Big Reveal at the end of the story and it is no different for Grumpy Joe.

Return to the Same Crime Time and Same Crime Channel later this week to learn what will surely be the greatest Heist in Political History.