Concluded. Read Part 1, Part 2 and Part 3 of the article 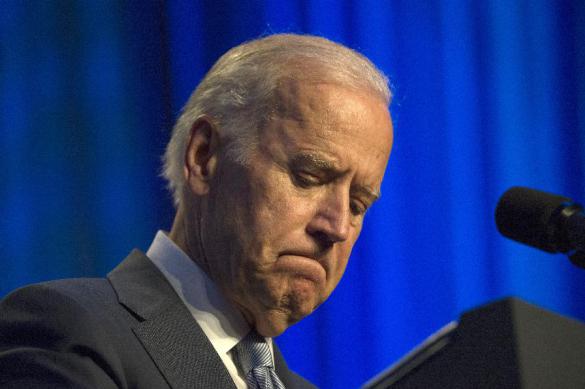 All great True Crime thrillers have a twist-ending and the saga of the Biden Syndicate is much the same.

Thus far we have drifted through the annals of Grumpy Joe's ancestors, delved into the chronicles of his progeny and mucked our way through the archives of his own antics.

What could be left for our audience of Amateur Sleuths to seek out?

Prepare yourself for the final reveal as we learn the Greatest Caper Grumpy Joe ever accomplishes will nary involve a Biden at all...

Before we bid a fond fare-thee-well to the object of our larcenous review, let us give credit where it is due. For all his recent mental mumbling and campaign stumbling, the Top Suspect did once pull off among the most impressive ruses of all time.

Though it isn't precisely ancient history there is a distinct lack of perspective among voters today just how firm a lock Hillary Clinton was to be the "First Female President" (which was so much her catch-phrase typing it might infringe on some copyright she may still have on the slogan).

Way back in 2008 it was a near-certainty Haggard Hillary was going to cinch the nomination and probably the Presidency itself. Time had come for a Democrat and who else but a revolutionary figure?

As we all learned, an even MORE revolutionary figure - in this case First Black trumped First Woman.

When Obama texted only a month after Clinton suspended her campaign that Grumpy Joe would be his running-mate, it sealed the deal.

Had Biden declined, Haggard Hillary might have been the default selection and from there...let's just say more than a few folks standing between the Clintons and the offices they seek haven't fared well.

Effectively, Biden put the kibosh on the "First Female President" for eight long years. Say what you want about the man, he stole the Crown Jewel of American politics right out of Hillary's sticky mitts.

And yet...Joe has one more trick up his own sleeve...hence, the Big Reveal below!

The Obamas (The Dynamic Duo) - Suspected of: Shocking the socks off the American Electorate

Everyone can see Grumpy Joe is like an old Mafia Don whose time has come to retire to Havana (pre-Liberation, of course).

The poor fellow can barely make sense when he speaks and looks more like a wax dummy every day. Hence the reason we hear him so seldom and see him even less. Clearly, Biden is no longer the Master Criminal he once was...and to be perfectly honest he was always more of a Mid-Level Con-Artist.

Yet there is one way the "Biden" ticket can still win...namely, if Biden isn't the main draw on the card.

What if there was someone with gravitas to steady the nerve of your everyday Democratic voter? Someone with whom the public is familiar and feels comfortable? A figure unifying in their poise?

Even better if they were also...oh, say...Revolutionary? Like Obama - only not the one you are thinking!

That's right, True Crime Junkies, you heard it here first. The V.P. pick for Biden is going to be Michelle.

Some clues to consider...Is it a coincidence Barack refused to endorse his old partner-in-crime during the Democratic Primaries? Or did he want something in return? Was it happenstance around three months ago Barry fell victim to a series of "leaked" telephone calls and online sessions in which he openly criticized the sitting President (a thing unthinkable to his predecessors)? Believe it is all a gigantic confluence of events Biden affirmed he definitely would choose a female V.P. (March 15) and B.O. officially came out for him (April 14) soon afterward?

In this way, The Dynamic Duo get the best of both worlds; the ability (by him) to mercilessly critique the President while still maintaining (by her) a gracious bearing seen as elevated from partisan politics.

Enter all the Black Lives Matter movements and Race Equity marches - during which several Democratic Mayors and Governors ordered their police stand down and not to quell rampant law-breaking.

Aware Obama got 95% of the Black vote during his campaigns and the overall Black vote increased by 2% across the country during those elections? Could that make a difference against a Trump Presidency which won SIX states by margins of less than 2% of votes cast?

Furthermore, have Intrepid Gumshoes tracked down the detail that in the aforementioned Black Lives (and assorted racial remonstrations) only about 17% of participants are actual Black citizens?

Aware that a whopping 46% of those involved are Whites? Or that 57% of voters approve of the Black Lives Matter philosophy?

Ever heard of a more perfect scenario for a platform of "national unity"? Think elections are won by ignoring such things?

The beauty of the Michelle Obama pick is she has all the public recognition of any other possible choice and absolutely none of the baggage of governance - unlike Mayors, Governors or Senators.

Moreover, she has cultivated a dignified image among the citizenry. Voters tend to like her.

You think a Stacy Abrams can garner the same kind of support? Or even a Kamala Harris? Come on now, Junior Detectives! Surely your Secret Decoder Rings work better than that!

While a case can be made Michelle has no experience governing, a greater case will be made her stint as First Lady prepared her for the rigors power demands. Likewise, she is an attorney and has been in the corporate structure. Any claim she does not have the requisite skill-set for the job is a losing argument.

So now you know, dear Pravda Readers, as of this moment Michelle Obama is going to be the V.P. pick.

It is slated to be announced around the July Fourth holiday, two historic moments for the price of one!

(Admittedly, there is a cabal in the Biden camp pushing for a July 9 announcement; anniversary of the Fourteenth Amendment, which granted full citizenship to former Black slaves in America.)

The Ultimate Twist - Can Joe Go the Distance?

In every Pulp Crime novella there is always a small out designed for the Villain to escape, and Grumpy Joe is no different.

Because exists a distinct possibility - indeed, a high probability - if he goes through with the bargain Poor Old Joe will never see the election.

When Covid-19 (which whatever else it is, is seasonal) makes a return in the early autumn...that is, AFTER the Democratic Primary and BEFORE the election...Grumpy Joe will be claimed to have caught it.

How the party will mourn! Grumpy Joe will "unfortunately have to take a step back" from the campaign trail. Nevertheless, Michelle will rise to the moment, proving all doubters of her ability wrong.

Whether the Arch Criminal would remain on the ticket or be ushered off is open to discussion. Would more voters support a Joe Biden / Michelle Obama candidacy or a Michelle Obama / Andrew Cuomo run?

It will be a problem for the internal pollsters to resolve.

Final Thoughts - Will Grumpy Joe Squeal or Seal the Deal?

Politics is like Chinatown - nothing is certain except that no one pays the price for what they do.

Grumpy Joe may not fully comprehend his peril should he fulfill the compact. If anytime in September polls look bad he may be forced out "for the good of the party" though this would never be made public.

Either way, his dropping out figuratively - to recuperate - or his bowing out officially - due to other reasons - would each seem to be plausible eventualities.

If Grumpy Joe realizes at the last minute what his V.P. choice actually means he may backtrack on the arrangement. If someone in his family who cares about him realizes it they may convince him to back out. If between now and the announcement he makes some inexcusable gaffe his team is unable to cover up then the whole agreement may be undermined.

Even so, this is the plan for now and his selection of Michelle Obama will be the supreme gesture of "healing the racial divide" while his withdrawal in the late stages of campaigning will be the ultimate October Surprise.

Call me a "damn liar" if you like, but this is the American future...and if you think the Biden Crime Family was something, you ain't seen nothing yet.