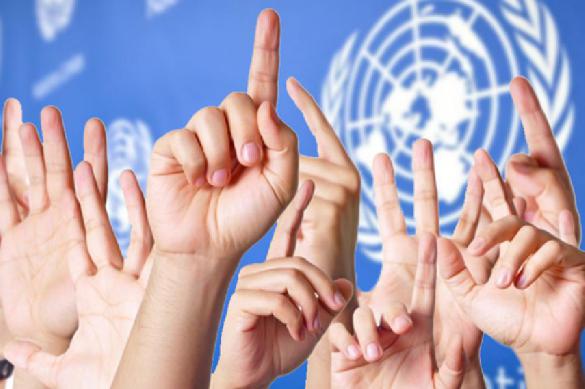 How to Mirror the Racial Injustice and Insanity against Mankind?

There is much evil and less goodness in the 21st century global affairs - amassed collection of unthinkable junk history. Flamboyant expressions of besieged mankind that defies ignorance and hallmarks of modern civilized people. There are seeds of unimaginable and destructive Western cultural absolutism that could destroy the sense of time and rational consciousness of living history. Violations of human rights, colored prejudice and indigenous killings in North America, social and moral injustice and continuous warfare - all echo degradation of human values and soul, exhibit intellectual discard, universal unhappiness, horrors, societal chaos and socio-economic miseries of innumerable multitude. The politically wise and elected failed to foresee the formidable challenges coming from the 99% oppressed mankind across from global frontiers. Most political leaders would claim to uphold the human instinct at least to win the next ballot box, be it America and elsewhere. But where false proclamations go unnoticed in a progressive societal context, human sufferings, pains, socio-economic devastation cannot be assumed to be the strategies of kindness in the struggle for sustainable political change and systematic reformation of terror and injustice. We are witnessing that human tragedy across Western Europe, North American streets and elsewhere while human conscience in still intact. Politician tend to opt for convenient compromise deforming political truth as transient and paliable but truth is always ONE, not many, and this is what most contemporary leaders failed to comprehend. We, the People of the globe must learn from living history and think of navigational change or else it is a self-generated dehumanization curve - an evidence of a tragic human abnormality across all the functional domains, from thinking to actions. To safeguard our future, We, the People of global Conscience must evolve a compass of credibility to check those who are exercising political power and are entrusted with people's confidence for peace, societal harmony and workable conflict resolutions.

The UNO - a Lost Hope of Mankind

The UNO was supposed to safeguard mankind from the "scourge of war", but the UN Security Council- a progressive hope after the WW2 is really a debating club for time killing exercises and a manipulative global political powerhouse. There is nothing good coming out of the Security Council as a chief hub of global peace, security and conflict management. The eloquent speakers tend to march on people's passion for peace and harmony with artful sophistry and captivating eloquence of words without meaning and prompt action to protect the humanity. There are gross violations of human rights, human freedom and justice and continued aggressive policies and practices to curb the truth, be it in Palestine-Israel, Kashmir, the Middle East, South America, police atrocities against black and indigenous people in North America; global media networks present portrait of human degradation, historic injustice and socio-economic vices as if political deception and prejudice were new things to political thinkers and rulers.  How could we rethink to change the centuries old dreadful human apparatus of brimstone, tormenting social inequalities and torture inflicted by the contemporary so called working democratic systems of political governance? The UNO has no plan to safeguard the mankind from a Third World War.

Those who grab political power by extreme ideologies and hateful manipulation are men of political intrigue assuming power through exploitation of fellow human beings and impose their absurdity on human consciousness striving for survival. Truth is One and the same unchanging as it was many centuries earlier. Contrary to historic India under Mughal Empire, we are seeing in India, denial of human rights and freedom and prolonged captivity of the people of Kashmir - a framework of extreme Hinduism ideology like the Nazi Germany against the occupied people. The masses of Kashmir seek their rights to freedom, not forced captivity. What if they had the freedom to express their will, if they want freedom from India or want to join Pakistan? Historically Kashmir was never a part of British Raj but a separate entity and its geography and socio-economic lifelines run through Pakistan, not India.  How strange for over fifty years, corrupt Pakistani politicians never thought of an international conference on Kashmir? Pakistanis are abhorrent to critical thinking and criticism for change. India after confrontation with China will look for escape from reality to confront Pakistan.  It is not a domestic issue of India or Pakistan. Conscientious Indian thinkers and people of conscience oppose the RSS Hinduism strategy and are adamant to these violations of human dignity and freedom.

Would America and Israel determine the future of the war torn Middle East? Some Arab leaders are collaborating with the US and Israel policy agenda to undermine the freedom and the future of Palestine, be it the East Jerusalem or the annexation of West Bank.  Israeli and Palestinian both live in disharmony and moral and intellectual decadence. Had they believed in Abraham, Moses, Jesus and Mohammad and their teachings as Prophets of God- all trying to unite mankind before God, they should have reached a peace deal.  PLO could never pursue a movement of unity for moral and intellectual leadership and Israeli's problem rests with right wing extreme leadership devoid of peace and human equality. You have PM Netanyahu planning to annex the West Bank of Palestine into Israeli territory. As if Palestinians were not human beings but just digits and numbers. It will violate the very principles of Two State solution. Palestinians and Israelis live in mutual distrust and political animosity. One would have hoped that thinking Israeli politicians will safeguard their own freedom and security and workout a peaceful settlement between the two nations.  None of them live in peace and harmony unless human rights, freedom and justice are respected by all the parties.

Politicians to Rethink about  Global Peace and Harmony via Education

Despite many political and strategic odds, one cannot blame the Western industrialized nations for ignorance, human prejudice and socio-economic disparity. Why nobody else challenged the racial inequality and moral injustice?  What did the Arabs or Muslims contribute to the changing pattern of global political affairs? Global humanity is a mix of all cultures and civilizations. The Arab-Muslim world failed to produce any leader of vision and intellectual integrity for the changing and complex global affairs of the 21st century. When Arabs leaders had proactive vision and intellect and human values, they articulated a unique civilization tolerant of diversity and varied cultural ethnicities in Andalucía (Spain) and built upon the unity of faith to nurture peaceful co-existence and human development. If you list the historic scientific, educational and technological discoveries and contributions of Muslim scholars, they are countless. Do you know any other scientists or scholars whose text books were used continuously for six centuries in European medical schools? Husain Abdullah Bu Ali Sina - Ibne-Sina (Avicenna - "Canon of Medicine" and "Book of Healing"), and Zakria Al-Razi (Russ), 10th century scientists and scholars. The Europeans changed their names to Avicenna  and Russ so that nobody would recognize them as Muslim scholars. It is noted that Ibne Sina (Avicenna) alone discovered and authenticated 36 pharmaceutical formulas being used to this day. Marai Rosa Menocal (A Golden Reign of Tolerance: The Ornament of the World: How Muslims, Jews and Christians Created a Culture of Tolerance in Medieval Spain, 2003), explains:

The lessons of history, like the lessons of religion, sometime neglect examples of tolerance. A thousand years ago on the Iberian Peninsula, an enlightened vision of Islam had created the most advanced culture in Europe....In Cordoba, the library housed some 400,000 volumes at a time when the largest library in Latin Christendom probably held no more than 400.

Despite the sketchy illusions of freedom, democracy, human rights, liberty and justice, we are encroached, stuffed and at terrible risk of annihilation more accidental and by error of judgment than planned scheme of things by Man against Man. Often the extreme Western political propaganda enflames hatred against colored and indigenous people,  Islam and blames Muslims as being "terrorists." The raging wars in Syria, Yemen, and Afghanistan are the net outcome of perpetuated ignorance and lack of wisdom against a reality check. Often false propaganda, deception and prejudice are combined in a trajectory of plans to sell weapons and console the egoistic Arab leaders as allies of the Western military alliance. This political delusion is full of inherent inconsistencies. Gary Wills (What the Qur'an Meant and What It Matters. Viking, NY, 2017), a leading American scholar explains the reality in his new book:

Our enemy in this war is far less localizable than it was in the World War 2 or the Cold War. Terror is a tool, not a country. Declaring a war on it is less like normal warfare, country versus country, there is No VE Day or VJ Day in such wars... living with fear is corrosive...the less we know about the reality of Islam, the more we will fight shadows and false emanations from our apprehension. Ignorance is the natural ally of fear. It is time for us to learn about the real Islam beginning with its source book - The Qur'an.