"Overall, the decline in U.S. warfighting advantages does not mean China can win a war that the United States is willing to fight. By 2025, a war could be a military standoff, with major weapon-platform losses on both sides, in addition to losses in cyberspace and space. Yet neither side would fare so much worse than the other that it would feel compelled to concede, raising the probability that a war would be both severe and long. Such a war could be decided by economic costs, domestic political effects, and international responses. 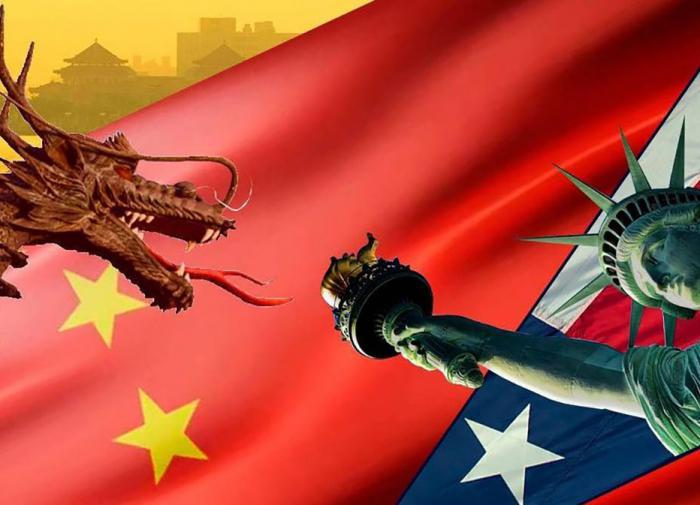 Russia would be eager to help China make up for lost oil and gas supplies, though not for free. In addition, Russian arms could make up somewhat for Chinese military losses and expenditures (e.g., aircraft and air defense), though it would take time for them to be operationalized...As for other Chinese "allies," North Korea is even more unpredictable than Russia. Although North Korea no longer has the conventional military capability to invade and defeat South Korea, it could use missiles against South Korea or Japan; although Seoul would almost certainly not enter a war against China in any case, Tokyo's options would be complicated by North Korean belligerence. A conflict between China and the United States could disturb the greater Middle East by providing an opening for heightened violence from Islamist-extremist and anti-Israel groups (ISIS, al Qaeda, Hamas, and Hezbollah). Middle East difficulties could place additional demands on U.S. naval and air forces at a moment when more of them are needed in the Western Pacific." RAND Corporation: War with China

"Our adversaries are not just going to let us go to the fight uncontested; we're going to have to fight our way across the ocean or under the ocean or in the air." Former Commandant of the Marine Corps Gen. Robert Neller

Are any of the grand brains in administration of Donald Trump – or possibly a future Joe Biden presidency – thinking systematically about the costs of containing China; i.e., waging a Cold War against a nation of 1.4 billion people or actually fomenting a hot conventional war in the Western Pacific? It's madness made worse by the fact that Trump, Biden and Secretary of State Mike Pompeo are using tired tropes reminiscent of the language of that was employed during the USA vs USSR Cold War that saturated the consciousness of the American people and its Western European comrades.

"After Beijing imposed the new national security law in Hong Kong, Biden vowed in a statement to "prohibit U.S. companies from abetting repression and supporting the Chinese Communist Party's surveillance state" and to "impose swift economic sanctions" should freedom of speech of U.S. citizens and entities be harmed. Also, Biden was one of the first prominent U.S. politicians congratulating Taiwan's President Tsai Ing-wen on her re-election and inauguration."

Here's an excerpt from Pompeo's recent speech on China:

"That the only way - the only way to truly change communist China is to act not on the basis of what Chinese leaders say, but how they behave. And you can see American policy responding to this conclusion. President Reagan said that he dealt with the Soviet Union on the basis of "trust but verify." When it comes to the CCP, I say we must distrust and verify... We know too, we know too that not all Chinese students and employees are just normal students and workers that are coming here to make a little bit of money and to garner themselves some knowledge. Too many of them come here to steal our intellectual property and to take this back to their country."

The Chinese version of the Israeli Art Students?

When the Berlin Wall came tumbling down and the fog of propaganda on both sides lifted, we all learned that the Soviet menace was not the evil or capable goliath it was made out to be. Though not a paper tiger given its nuclear arsenal, the Soviet Union's conventional forces were largely ill fed, under equipped and spread too thin.

China is not the Soviet Union of the old Cold War years. It is a 21st Century force to be negotiated with and partnered with, not warred against by the United States. Its media outlets like Xinhuanet, China Daily and search engine Baidu (similar to Russia's RT and Sputnik and Yandex) have global readership/usage in the millions. The US does not dominate the open source news/propaganda through US/Western global outlets as it once did during the legacy Cold War. China can play that new Cold War propaganda game now too. Consider China's annual report on human rights abuses in the United States.  The validity of such a report can be questioned as propaganda, but it's out there on the World Wide Web for consumption and can't be deleted. Besides, it is not everyday you can watch videos of US police/paramilitary forces wounding its citizens as they protest for justice, or watch the murder of George Floyd,  with knee on neck, begging not to be killed by a police officer. It is tough to counter those images when proclaiming "land of the free, home of the brave." I'm no apologist for China or Russia just as Boeing Corporation doesn't apologize for its business in China.

Make no mistake. The Chinese and Russians are masterful HUMINT (human intelligence) operatives and information warfare artists. They engage in cyberspace operations and media influence operations in the USA and abroad. They are, indeed, worthy competitors in these venues. But is this gamesmanship between nations a justifiable cause for a new cold or hot war? Besides, I'll take the National Security Agency's SIGINT (signals intelligence) capabilities and US information/psychological operations skills any day over what the Chinese and Russians have.

Everyone tries to dig in the other's sandbox. Such is the province and practice of all capable nations like the USA, Russia, and China.

War with China: What will Pakistan do?

"Communist China entered the conflict at "frozen Chosin," shifting the war's momentum again. In a surprise attack, more than 100,000 Chinese troops trapped American forces in some of the harshest, most remote territory of the region-in temperatures that regularly fell to 25 degrees below zero. In a place where it was too frigid to dig foxholes without explosives and bulldozers, combatants piled frozen bodies in lieu of sandbags. Feet froze into blocks of ice inside boots. Even bullet wounds sometimes froze, keeping soldiers from bleeding out until they went inside heated tents." History

A hot conventional war with China would require reinstatement of the draft in the United States.

The People's Liberation Army of the 1950's is far more capable in 2020 and is the largest in the world. Its military personnel would likely fight with the same fanaticism that their predecessors displayed in the Korean War. China has revamped its military forces focusing on cyber and access denial capabilities. Its missile forces, navy and air forces arguably play a more decided role than its ground forces. China is betting on a war that takes place outside its borders, thinking that an enemy force like the United States would be foolhardy to embark on a land invasion of China. The Chinese would seek to destroy US aircraft carriers with its DF-21D ballistic missile.

What would Pakistan do? Pakistan is a center of gravity forChina's Belt and Road initiative. China has invested many billions of dollars in the construction of the Gwadar Port in Pakistan (and other transport and energy related projects). Gwadar provides "an alternative shipping route to the Malacca Strait, which is frequently patrolled by the United States," according to the South China Morning Post. Iran is already connected to the Belt and Road via rail.

China has helped retool Pakistan's military forces. According to the National Interest:

Have to Fight to Get to the Fight

It is clear that American leadership is completely bankrupt. Listening to and watching Pompeo and US Secretary of Defense Mark Esper, Trump and Biden whine and cry about China and Russia, I can't help but think this is some sort of Hollywood movie sequel from which another sequel is created, and yet another with a slightly different plot and characters, but the same story line.

The reality is that China is not a basket case in any field. Is it realistic and must be understood that China can't afford not to be expansionist. It is a nation with 1.4 billion mouths to feed and a history that dates back to 3,000 years ago. On the other hand,  Russia can't afford to be aggressive. With a population of 145 million on a huge landmass that borders 14 countries, it is too risky for Russia to dare to expand globally. President Vladimir Putin knows this well. Under his leadership Russia has become a crafty regional power, moving cautiously (as in Syria) and under cloak and dagger in Ukraine.

The United States would find great difficulty in fighting to get to the fight. Its military forces have not had to face any serious opposition in the air or on the sea during its dismal efforts against guerrilla forces in Afghanistan and Iraq.Consider this, though:

"China has constructed 72 fighter jet hangars at its three airbases in the Spratlys - Fiery Cross, Mischief, and Subi Reefs - along with another 16 on Woody Island in the Paracels... China has, meanwhile, deployed YJ-12B and YJ-62 anti-ship cruise missiles to its outposts in the Spratlys and Paracels, backed by longer-range missile capabilities from the mainland. And it has invested heavily in radar and signals intelligence capabilities on all the islands, making it a safe bet that it sees just about anything moving on or above the South China Sea. A U.S. Navy vessel sailing in those waters would be well within the range of Chinese fire when hostilities broke out."

Where should the US strike? Gwadar in Pakistan? Chabahar in Iran? The North Korean side of the DMZ? Some SCO countries?

How many young Americans would have to die to feed the egos of American political, economic and military leadership and their maniacal quest for full spectrum dominance?

USA Can't Solve its Problems at Home, Needs a Foreign Demon and a War

Plato said democracy leads to anarchy. Is the United States in a transition period to anarchy? Who knows?

But it is easy to see that President Trump is a champion of anarchy, of cultural warfare. Fueled by the fires of the Pandemic of 2020 in which 155,000 people are now dead with the proximate cause of these deaths a federal government/Trump that refused to care for its citizens;  beset with and structural economic, cultural, political and racist sickness; Homeland Security shock troops with no identifiable government affiliation picking up protestors on the streets of Portland, Oregon and then dumping them into unmarked vans and whisking them away for interrogation; a crumbling health care system exposed by the COVID19 virus; immigrant bashing; shameful homelessness that includes military veterans and children; and a dithering US Congress that can't provide rapid financial relief for millions of unemployed citizens torched by not only the COVID19 virus but the virus that its elected leaders.

And who is the expansionist power here? The United States has military bases all around the globe. It invaded Iraq, twice. It is bogged down in Afghanistan. It sends drones to kill terrorists in Africa. And its soldiers are actively engaged in counternarcotics operations in Colombia.

John Stanton can be reached at jstantonarchangel@gmail.com