The fear of COVID-19 will kill you

Recently I penned an article for Pravda.Ru entitled COVID 19, Democracy and You. Since writing the article, I have watched further developments and am alarmed at the world-wide conspiracy of Corporations to allow only one narrative in the Public - their narrative. 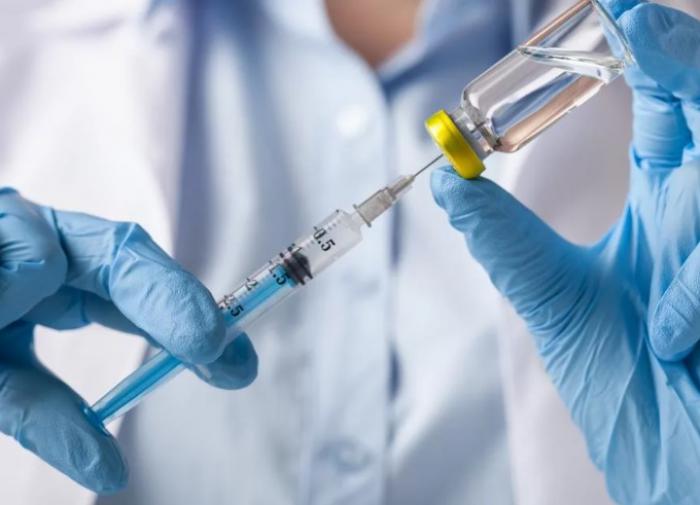 Several months ago, I recall Donald Trump [yes, the leader of the Free World] tweeted that Hydroxychloroquine was a cure for COVID 19. I also recall how he was made to retract this statement and was lampooned in the MSM for his comment. Donald Trump didn't build a Real Estate empire by being an imbecile.  What this incident does show, is the power struggle going on withing the US Administration as various Corporations struggle to retain power and control as they watch the swamp being drained. The Liberal Democratic loons have had too long to infiltrate the Administration of the US [and world, for that matter] and now can openly challenge the elected leader of the US.  Just shows how good democracy is!

There are very serious financial interests operating in the world to bring about a major change to mankind. The most cursory look at recent history and more recent events can lead to no other explanation than the events are connected, staged and choreographed at a very high level.  Certain emissaries, the likes of Bill and Melinda Gates, are touring the world soliciting the support of Governments [actually corporations] for their vision of the New World Order.  Bill Gates is openly, publicly advocating what can only reasonably be explained as Euthanasia via Vaccine. Why does no one listen to what he is saying and refute it?  I really want to shake people - open your eyes!

MSM is driving the Corporation narrative of the big boogieman COVID-19, like some grim reaper, slaying thousands around the world and medical science is unable to prevent it.  A group of Doctors recently held a press conference on the fear that is being created around COVID-19 and one Doctor said that she had personally treated over  350 cases of "High Risk" patients who had major underling health issues - like Diabetes, High Blood Pressure, Obesity, Empyema, and similar issues and did not lose a single patient after treating with Hydroxychloroquine. In fact, they use Hydroxychloroquine and Zinc as a prophylactic which prevents COVID-19 from replicating itself in the body and thus causing secondary infection and compilations.

A lot of what these Doctors were saying, made sense and so I decided to share the YouTube clip with some friends. No sooner had I sent off the link, than I was contacted back to say that YouTube had already censored the clip and removed it. I see that Twitter and similar Social Media have all censored the clip. They cite "unsubstantiated claims" and "contrary to FDA guidelines" etc. Well, I checked the FDA guidelines on Hydroxychloroquine for COVID-19 and found that they have the heading;

Does not affect FDA-approved uses for malaria, lupus, and rheumatoid arthritis"

Let's just analyse that statement.  Here is a drug, a very safe drug that has been used worldwide and in the US since 1955 with little to no serious side effects.  Many places offer it over the counter - that's how safe it is. The FDA maintain that it is SAFE to use it for "malaria, lupus, and rheumatoid arthritis" yet they want you to believe that if used for COVID-19, somehow it becomes unsafe.

Donald Trump re-Tweeted his commitment about Hydroxychloroquine and included that he is using it as a prophylactic. His Tweet has been taken down and his son has been banned from Twitter for 24 hours for posting similar comment. At a Press Conference Donald Trump was "attacked" for his position on Hydroxychloroquine by the MSM reporters and in the end, he cut short the conference. The Whitehouse/State Department are all voicing their disproval of his comments.

Ask yourself, why, why would there be such a concerted effort to strangle an opposing view to the Corporation's? I found the Doctor's Press Conference to be very interesting - enlightening even. Fortunately, I downloaded it before it was censored by Youtube and you can view it here if you are interested.

They start off immediately with the accusation that the claims are false and dubious.  They proceed to add that the video was linked to a RIGHT-WING media outlet. [More of the Right-wing extremist cult you need to be wary of].  It then derogatorily describes the doctors as "wearing white lab coats and calling themselves "America's Frontline Doctors". They close by stating Trumps dubious claims are counter to the administration's own public health experts.

Now, if you cannot see how you are being manipulated by the MSM reporting; then I am afraid there is really no hope for you. From my perspective, there is a Spirit of disbelief that has been poured out on the world to blind those who possess no divine spirit.

Another Doctor I watched [no, not on YouTube - he is censored there too] described in scientific and medical terms how testing is carried out for COVID-19 and how part of the RNA is replicated by multiplying in thousands of times so that it can be read. He said, when tested like this [which apparently is contrary to the process the inventor suggested be done] it WILL show a positive test for COVID-19 as at some time in all of our lives we have been exposed to Coronavirus!  He went on to say that this testing shows an increasing incidence of COVID-19 BUT the mortality rate from COVID-19 is dropping. One would assume than that by the Corporation's own sampling methods, it would show COVID-19 is losing its deadly effect! But no, they continue to insist that it is increasing in mortality. They can't argue both ways. Thew Doctor went on to say that he is convinced that the agenda is compulsory vaccination for mankind.

However, MSM was not finished with the Doctors wearing white lab coats and calling themselves "America's Frontline Doctors" - oh no. MSM had to attack one of the Doctors suggesting that Vaccines are impregnated with "alien" DNA. This is very interesting; on one hand, the Corporations were pushing the "evidence for aliens" - NASA are conducting a ten-year research project to "find aliens" and no one thinks that is very derogatory or funny.   But the slur is made against the Doctor to defame her and have her viewed as a kook.

Aliens have been among us since the Garden Of Eden

"There were giants in the earth in those days; and also after that, when the sons of God came in unto the daughters of men, and they bare children to them, the same became mighty men which were of old, men of renown". Gen 6:4 KJV

It was the corruption of the seed of Man that resulted in the Great Flood, when God killed most of the Nephilim/ Watchers/ Fallen Angels. [Read the Book of Enoch]. The seed is alive in the world today and is being preparing to take over creation in the New World Order.

There is a war going on for creation - it has been waged since Satan came to earth.

"For we wrestle not against flesh and blood, but against principalities, against powers, against the rulers of the darkness of this world, against spiritual wickedness in high places." Eph 6:12 KJV

The corruption of Man's DNA with that of the Nephilim will result in the same [and final] destruction of Mankind at the End of Time and Judgement.

Your fear of COVID-19 and subsequent acceptance of the Vaccine, will kill you for eternity.