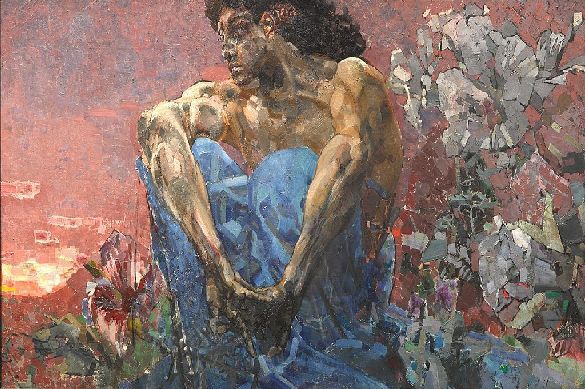 ...and no I am not only speaking about Covid.19, but also... Allow me to vent my utter fury at Humankind. Despite the fact that in the storage and availability of knowledge, we have a treasure chest which should provide us with solutions to all our ills, it appears that we are less able than our predeccors to manage simple problems. Collectively, and there are exceptions, governments are staffed with career politicians who by now in the third or fourth generation have become totally detached from reality and have no idea what or who they are governing.

Look for example at the United Kingdom, a country which is always beating its chest and saying how Great it is, how noble, the paragon of democracy and fairness, whose Parliament claims to be the best form of governance anywhere on the planet, and look at the place. Utter chaos. The very notion that Parliament can consider enacting legislation which is a breach of the law, however limited and specific, is mind-blowing and would, in previous generations, have been the root cause of a massive public outcry. The very notion that Prime Minister Johnson can be considering a No Deal Brexit, when this was declared illegal by the Parliament itself, ditto. Mind you, this would not be the first time that the UK breached international law. They did it in Iraq, destroying the credibility of London's foreign policy for decades to come and less than a decade later, they did it again in Libya, putting boots on the ground in breach of UNSC 1970 and 1973 (2011), as I pointed out at the time.

As this Johnson person and his clique of misguided, upper-class twits leads the country and its peoples off the White Cliffs into the sea, the British public sits. And shrugs. "Yeah, whatever...got any more chips?" The Government is committing outrage after outrage, the public sits and shrugs.

Not to be too hard on the UK and not to single it out for criticism, the country's handling of Covid-19 has also been appalling. It is obvious by now that any form of social gathering equals more cases, equals a dangerous gamble for those groups at higher risk (those with underlying health conditions and the elderly, but not exclusively). It is obvious that "carrying on and getting back to normal" to "get the economy going again" is a pipe dream until there is a reliable vaccine, which even then will not be effective for all, may be dangerous for some and then for how long will it be effective, as the virus mutates?

It is obvious that in the UK people should have been wearing face masks months ago in all public spaces, including in the street and it is obvious that sending children (and teachers) back to school is asking people to risk their lives. The basic education program lasts twelve years in most countries: with all the resources available, surely it is not asking too much to have as a B-Plan an e-learning program, in which the classes are recorded on video and are available at any time? That way the problems associated with getting thirty kids to sit around their computers at home to listen to a teacher giving a lesson at a distance are reduced and those who do not have a working computer or microphone or camera can use a public library, or learning centers could be set up to help the students follow the delivery of the material in a more flexible manner.

Teachers should be claiming their rights instead of shrugging and going in to school because they believe it is the noble thing to do. All workers should be asking their bosses, OK you want me to go to work? So if I catch this thing and die, will you pay my full salary to my family until the date of my retirement? The hell they will. They are asking you to put your head on the block.

The work market and the opportunities

As for the work market, distance working was going to be the norm anyway. Think of the opportunities for companies. They can slash their overheads by cutting office rental payments massively, can sell off their real estate or rent it out if they are owners (many companies do not need six floors of office space but they probably want one floor for meetings/reception, or a room). Workers do not need to waste three hours or more a day in public transportation, which anyway these days is dangerous, so they can start work early and finish in time to enjoy quality time with their families. The only one who loses out on distance working is the control freak, who suddenly finds her/himself with nobody to control and who now has to resort to making his staff write ever-longer reports on what they are doing at home.

Those who have to go to work, who have to take public transportation, who do not have a computer at home, or an Internet connection, or the ability to perform tele-work are the ones we should all be concerned about. I have seen public transportation, full to overflowing, people packed in like sardines, some wearing their face masks dangling from their chins, others hanging from an arm. "Cases of Covid-19 are rising". Well of course they are, and they will rise further.

Someone will be dead by Christmas

School pupils and University students will become infectious, if not infected, with or without symptoms, will give it to their parents and grandparents and someone in the family is going to be dead by Christmas. Office workers, manual workers, menial workers going about the so-called "new normal" are going to get infected and are going to infect someone and again, somebody in the family will be dead by Christmas.

It is as simple as that. Solutions? In January, when I predicted what would happen, and it did, I said the policy to follow was an immediate suspension of air travel and people complained it would affect the air industry. Well, look at it now. They complained it would affect tourism. Well, look at it now. I suggested a total lockdown of the PR China and then any city where outbreaks occurred. Nobody goes out into the street unnecessarily, one person at a time goes to the shop, wearing a facemask all the time and in the shop there is adequate hygiene and distancing.

There was a brief respite in the Summer because people spent more time outside but now that they are spending more time inside, look what is happening and look what will happen in the coming months. Now that the virus is threatening to get out of control again and force a second and ensuing severe lockdown, prolonging the misery of those who cannot pay their rents and mortgages, and of their landlords and the banks which live from this income (and therefore the economy at large) there is one solution.

As I have been saying, a back-to-back double quarantine of 28 days. Nobody goes outside. This would need to be after a preparation period for supplies to be organized. Complex yes, impossible no. Then a phased return to normality with the proper checks and so on and back to normal in one fell swoop, the economy running at 100 per cent.

But nobody will take any notice. They will plough ahead and place people's lives at risk. The western countries will not buy the Russian vaccine because they would prefer their citizens to die than to admit the Russians got there first, for political reasons. They will continue to beat the drums against Moscow inventing ridiculous stories about poisoning without showing a shred of evidence, instead of pulling together and sorting this out as partners, pooling resources as friends.

They will continue to paint the Russians and the Chinese as the bad guys and claim the higher moral ground, forgetting the imperialist massacres they committed over the centuries, denying the right of entry to "aliens" despite spending centuries themselves invading others, drawing lines on maps, destroying societies and in one case, deporting the entire population from some islands and gassing their pets. Now that rankles, 24/7.

These, the ones who claim the higher moral ground but whose special forces and secret services insist on meddling and interfering, on blowing things up, on blowing people up, committing arson and sabotage and murder overseas in sovereign states, the list of atrocities is staggering.

So we do not have a uniform policy, the international community is unable to formulate a global strategy, nobody has the guts to take the necessary measures, we continue bickering and name-calling and looking at each other through the sights of a gun, we now learn that wildlife has reduced by two-thirds in the last fifty years, a huge part of Greenland's ice has just broken off into the sea and is melting. What a disgusting, useless species, what a cynical waste of time and space.