Trump, Covid, the US Election and Common Decency

Trump, Covid, the US Election and Common Decency 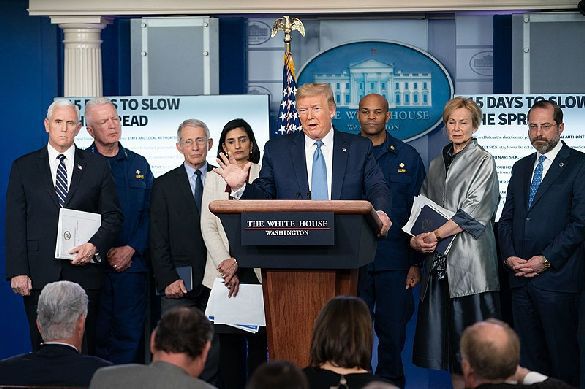 "Good"..."I hope it kills him"..."He deserves it"..."Couldn't have happened to a better person"....gloating, sneering, derision, disrespect, grandstaging, jumping on a bandwagon. Disgusting, inhumane, stupid manifestations of people who are incapable of separating politics from personal issues and who seem unable to understand basic precepts of common sense, common decency and global values.

Let me share with my readers that in the month of April, I lost my mother and my Border Collie, Tolstoi, in the same month, within two weeks of each other. Neither case was expected, nor did I go into a melodramitic persona calling attention to himself. Destroyed inside, empty, mortally wounded...yes; but as my mother taught me, I got on with it and grieved in private. It's called common decency.

My mother also grew up with German bombs raining all around her while studying at school. Siren. Bombs. Windows smashed, glass everywhere, kids under tables. All-clear siren. Kids out from under the desks, shaking glass out of books, lesson continues "Now children, erm, where were we?" Get on with it.

And when she saw a German bomber caught in the floodlights, with people baying and jeering, all she could remember were those frightened German boys up there trying to escape the tracer bullets and get back home. Despite sharing her childhood with German bombs and missiles, she saw the "enemy" as human beings and felt for them. It's called common decency. In my family we did not grow up with any sense of animosity towards Germany or feel the need to press the "war" button like so many others growing up in the 50s and 60s. We were brought up to move on and accept. It's called common sense and common ecency.

It might not be sexy for a journalist who identifies himself as a Leftist (because my life experience has shaped me into one) to write a piece protecting Donald Trump but frankly I do not care. I have alienated a large slice of my colleagues over the years by refusing to publish dirt they sent me on public figures, some of which could have made me a small fortune but I prefer to look at the mirror in the morning, not having to lower my gaze.

So, my first reaction when I heard the news that President Trump and the US First Lady Melania was one of sadness, my second was to say a prayer for their quick recovery, hoping that they do not develop the nastier version of the Covid-19 symptoms. As human beings, we should be showing solidarity, as political intervenients, we should be encouraging those with different views to recover soon. Who are we without them?

Politics is not about hatred, it is (or should be) about listening and reading first, then writing and speaking in that order, it is about respecting your opponent, not baying for her/his blood. Sure, you can disagree with her/his position and sure, you can be vociferous in doing so. President Trump is an ardent anti-communist, as are many US citizens. I do not agree with this position but I respect it and understand it for what it is, namely a political position which stands to be upheld or criticised. Most anti-communists do not even know what Communism is and confuse it with the nonsense they have read in newspapers printed by a biased media and what they have watched on TV, directed and broadcast by a biased media.

But having Covid-19 is not a political position, it is a human condition which I would not wish on anybody.

The next point is the utter nonsense which has been written and spoken about the US President's management of Covid. The socio-political-economic model followed by many countries around the world, and championed by the UK, the US, France, Italy, Germany and Brazil, among others, is not conducive to living with something like Covid-19. Countries which follow a Socialist model, such as Cuba and Vietnam and China have fared far better than most; countries with a Leftist tendency, like Portugal, have managed the situation well, in comparative terms.

Governments have been given a stark choice: reduce infections to the minimum, saving lives but seeing the economy collapse (and with it provision of public services and the Treasury ruined for years to come) or else let the virus rip (à la Sweden), creating herd immunity but losing a percentage of the population (and seeing the economy more or less tick along relatively unharmed). Comparing the approaches of Portugal (first case) and Sweden (second case), with similar populations, Sweden's economy is on the whole robust while Portugal's has diminished by (some say) 4%, and the real figure could be far worse in the coming months, while Sweden has experienced three times more deaths.

The choice is simple, but complicated. What people have to realize is the fact that if you let the virus rip, you experience a crush on the public health system, while shops remain open, people find ways to substitute each other while colleagues are ill or convalescing, most people survive and build up immunity, people pay taxes, the Treasury has money in the kitty to pay bills (unemployment benefit, benefit for the needy, funding policing and other public services while money is coming in in more or less regular flows). People die, families experience losses, mostly the elderly but by no means only the elderly.

If you implement confinement, or lockdown, companies/the State have to find a way to pay workers to sit around at home, the workers are not contributing as much in taxation, the companies also, the State is paying out more, receiving less, businesses are closing, never to be reopened, jobs are being shed, never to be regained, there is less money in the kitty for public services. And workers receiving two-thirds of their salaries will find it impossible to pay bills. 100% is often not enough.

Of course, those who ignore what the Communist model is, are also unaware that in this model, the State pays the workers directly, houses them, feeds them, looks after them, the workers pay nothing for a home, electricity, water, gas, internet, education, healthcare, including dental treatment, education, there is 0% homelessless and 0% unemployment. For those who accuse the model of being repressive, read A spy among Friends by Ben MacIntyre.

Compare the US with the EU

However, most countries these days do not follow this model. So whichever policy one follows, there are consequences. And in choosing which way one goes, into lockdown or out of it, depends on the specific characteristics of each country. Some in Europe compare the policy in the USA with their own, which is absurd and once again shows that those throwing stones do not know the facts. Most of the policies on public health in the USA are taken at the State level, so comparing the USA with France  is like comparing Mongolia with the Antarctic, or Saturn. Comparing continental countries like Brazil or the USA with a single country provides one small part of the picture, while it would be more accurate to compare the US policy with the European Union, and look what a mess that has been.

While not exonerating Donald Trump from his apparently more relaxed position on Covid, and favoring a more careful approach, we also have to read the timeline together with the contents of the media. You cannot take what President Trump said about Covid 6 months ago and hold it against him without reading what he said about it 2 months ago, amid reports that he was warning people about it in January, before most other leaders (except these snippets did not reach the media). Only those of us who have been reporting on pandemics for decades (myself included) understand that public policymakers know very little about how to conduct public policy during pandemic outbreaks, because what they do is follow the advice of the scientists (first stage the World Health Organization).

This will be to advise "vigilance" (watching it like voyeurs), while advising no travel or trade restrictions and while informing us that it has reached Phase I, now Phase II. Wow, now Phase III. Phase IV. Ladies and Gentleman we can consider it is Phase V. And now....3...2...1...zero...Phase VI !! Stand back and watch it go!

In January 2020 I was copying and pasting extracts of articles I wrote in 2002 on SARS because policy had stagnated.

Judge Trump on the economy

So let us not judge Donald Trump by policies on Covid, most of which were taken by State Governors, let those in the USA judge him on his economic policies and how these have affected them, let the social side of things remain in the USA and among US citizens, it is their business and not ours, and let those in the international community question whether the world would be a better place with Joe Biden, whose pigfaced insolence against Russia is well documented and who would be the candidate more likely to lead us all into World War Three. Biden is the continuation of US arrogance, Trump has indeed some more dovish qualities more in line with geo-political thinking in the Third Millennium, but then again Trump is intelligent while Biden lies under several layers of pigshit-thick stupidity.

Let us call a spade a spade and say it how it is. Biden is not a Leftist, not at all and let us not insult "Leftism" by including him as one of the gang. He ain't. Never was and never will be, he is a wolf dressed as a lamb.

In the medium term, we will all have to get to grips with Covid-19 and this could last another two years until all the vaccination programs are rolled out and the protective nasal sprays which kill Covid-19 in two seconds become reality and finally an anti-viral medicine appears that you take and treat Covid-19 with.

The new reality will bring with it many of the predictions made recently by Yuval Noah Harari, namely distance working. So instead of biting each other's heads off and cheering when someone gets ill and acting like a primary, primitive bunch of savages, suppose we all (Leftists and Rightists, all creeds, colors, cultures, religions and whatever) pulled together and concentrated on making distance working easy, including new labor laws protecting the worker, made distance education easy, getting the education program online for all to use wherever, whenever and however, complete with distance revision/testing, suppose we concentrated on protecting those workers who have to take public transportation to get to a workplace where they have to be, physically?

And hey, the New Reality starts with taking the candles out of the birthday cake before spewing germs all over them, or else learning how to snuff them out with the fingers and without getting them slightly burnt and covered in wax.

And on behalf of those with an iota of decency, I sincerely hope that President Trump and the US First Lady Melania make a full and speedy recovery and that they experience the minumum of discomfort in so doing.