USA knows: If Russia responds to sanctions, she may fall into a toilet

The answer to the question of Russia's retaliation to USA's sanctions is becoming clear. It goes about the bill that Russian MPs have been working on in the State Duma lately. Until recently, Russian officials and MPs refused to specify responsive measures; they could only say that the measures would be "painful" for Washington. 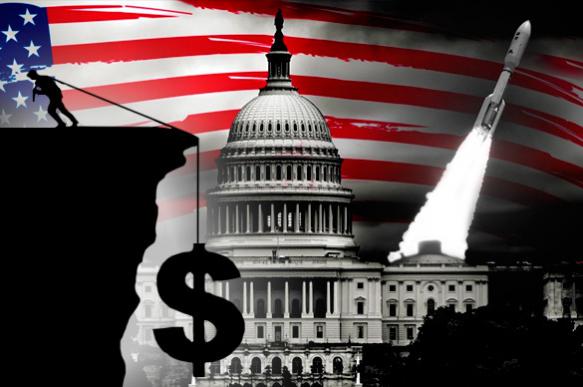 A few days ago, State Duma Speaker Vyacheslav Volodin said that State Duma MPs work on the bill in response to sanctions that the USA imposed on Russia.

Leonid Slutsky, Chairman of the State Duma Committee on International Affairs, spoke about a possible answer at the legislative level. "In today's severe geopolitical realities, when the US has unprecedentedly expanded its sanctions against Russia having fixed it as a law, it would be logic for Russia to introduce countermeasures on the legislative level too," said Slutsky, adding that it was too early to clarify any details about possible steps.

On Wednesday, October 18, it became known how exactly Russia may response. To be more precise, it goes about two issues - limiting cooperation in outer space and stopping the supplies of Russian spare parts for Boeing.

Such painful measures may include the suspension of flights of US astronauts to the International Space Station. Russia may also suspend supplying spare parts for US-based Boeing Corporation, the share of which in certain modifications may reach 70 percent.

We would like to note here that the information has not been officially confirmed yet. At the same time, the United States has never been willing to refuse from space cooperation with Russia. Russia will not be able to provide all the required maintenance for the ISS alone either. As for the supplies for Boeing, one can, of course, put an end to them, but what is going to happen to all those people who are currently involved in this production? Is there an alternative?

Chief Scientific Officer of the Space Policy Institute Ivan Moiseyev said in an interview with Pravda.Ru that no country will be able to support the ISS alone.

"Russia, the US, Europe and Japan are interconnected and bound in this program, let alone the fact that there are certain agreements, including commercial ones, about the operation of the International Space Station. Should Russia pull out, its reputation of a space power will fall into the toilet. To crown it all, the ISS will work only before 2024, so what's the point of getting into it?  Instead, one needs to think what is going to happen after the ISS, how Russia and the USA are going to cooperate in the field of space exploration afterwards. Unilateral steps made contrary to agreements are not going to bring any good," the expert told Pravda.Ru.

If Russia decides not to supply RD-180 rocket engines to the United States, it is not going to bring any positive results either. "One has to understand that we will not cause any harm to the US, they have a stock of such engines, they will have a planned replacement for them. Russia will only lose money, and people will lose their jobs. Do we need to put spokes in our own wheels? Why do we have to abjure contracts? Russia must do everything to increase its presence on the international market instead," the expert added.

Obviously, however, that Russia must not leave USA's attacks unanswered. US officials said that the law on the sanctions against Russia would come in effect from November 28, 2017. US Secretary of State Rex Tillerson stated that the US administration was analysing the bill not to harm the interests of US companies. Consequently, Russia's goal is to cause as much harm as possible to American companies.