Russian military officials believe that their Indian partners committed an inadmissible action by allowing Americans on board Chakra nuclear submarine (formerly Nerpa), which India leases from Russia since 2011.

According to IndianDefenseNews, the appearance of technical specialists of the US Navy on a Russian submarine does not envisage a direct threat to the technological security, although the very fact of such a visit is indicative.

The visit of US servicemen to the Chakra submarine may eventually affect the defence cooperation between Russia and India. Presently, the Russian side is "dragging out the decision about repairing the nuclear submarine, which was damaged on a mission in late August.

The Russian side, according to the publication, is preparing countermeasures against Indian partners. The incident may complicate the talks about the leasing of another submarine and affect other Russian-Indian projects.

Under the lease agreement, India pays Russia $178,000 a day and has the right to use the submarine for ten years. India has developed and built its own nuclear submarine INS Arihant: the submarine was passed into service in February of 2017. Nevertheless, Moscow and New Delhi continue negotiating the lease of a second Project 971I Russian submarine, and discuss serious investment in developments related to equipping the submarine with nuclear weapons.

In early October, the submarine had the fairing of the bow antenna damaged. Specialists, including Russian engineers, are trying to find out whether it is possible to mend the 1.5x1.5m hole in India or one needs to send the submarine for repairs to Russia, The Hindu wrote. 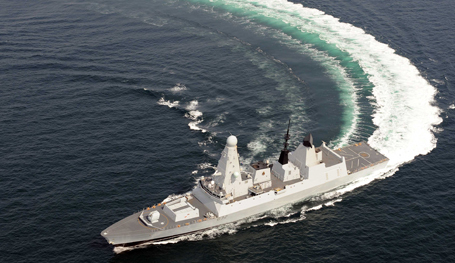 Pravda.Ru requested an opinion on the matter from editor-in-chief of Export of Arms magazine,  Andrei Frolov.

"How can Moscow react to this?"

"First off, we do not know any details that would give us reasons to conclude that there was an act of violation committed. It seems to me that now we are witnessing the struggle of lobby groups in India, first of all, because not everyone there is happy to cooperate with Russia, and the Americans and the French are trying to interfere. I believe there will be many other of such scandals coming - not only in the navy, but in other fields as well. We've had other critical situations in the past with the Indians, and all of them were resolved, so this one will be resolved as well.

"India has been one of the largest buyers of Russian defence products during the last 20 years. India is not Russia's geopolitical adversary, and I believe that we can supply all kinds of weapons to India  without fearing that India will hold something against Russia."

Americas
What happens to F-35 if it flies into Russian airspace?
Planet Earth
Russia won’t let USA steal the Moon
News from the Kremlin
Putin confident of Russia’s triumphant victory over coronavirus

Violence against women and girls: the shadow pandemic Contributor submission