The behavior of the Russian inspector satellite, which was launched in the autumn of 2017, puzzles military officials in the United States. Yleem D.S. Poblete, assistant secretary of state for arms control, verification, and compliance, said that the behavior of the satellite in orbit raised a number of questions.

Inspector satellites are the spacecraft that maneuver in orbit and interact with other satellites. According to Poblete, the Russian spacecraft does not correspond to the functions that the Russian side had announced before. The satellite, the official added, does not execute its functions, but performs some other jobs, the details of which puzzle US specialists.

The US is concerned about the satellite's behavior, as well as about Russia's developments in the field of anti-space defense systems. De facto, Yleem Poblete accused Russia of deploying weapons in space.

Andrei Manoilo, professor at the Moscow State University, believes that the remarks from the US official about the behavior of the Russian satellite match the general rhetoric and come in line with Washington's foreign policy.

Space is a strategic direction, where one can take leading positions. The United States would like to force Russia into another arms race similar to the one we had in the 1980s as any activity to intensify the confrontation with the United States will definitely become a burden that Russia will not be able to carry, Manoilo said. This is the reason why the US considers the use of outer space for military purposes.

In addition, it is profitable for US officials to intimidate the American population with the help of the "Russian threat" because the US defense complex is currently waiting for new orders to come. It is the remarks from various low-rank American officials, like Poblete, that trigger the process to lobby military spending in the United States, the expert believes.

To date, international law provides an opportunity to deploy standard arms systems in space. Countries use this opportunity for their own interests. In fact, a cruise missile carrying a nuclear warhead is practically no different than other types of military missiles that carry standard weapons, the professor said.

Ivan Moiseyev, the head of the Institute of Space Policy, explained that the above-mentioned inspector satellite examined near-Earth spacecraft Cosmos-2519, which was deployed in space simultaneously with the inspector satellite. Of course, it makes no sense to deny that the spacecraft is capable of carrying out combat missions, the expert added.

As a result, NORAD scientists announced the restart of the Russian program known as SOI (Strategic Defense Initiative). British specialist in space technology, Robert Christy, noted that the Cosmos-2499 had its predecessors, because Russia launched three communication satellites on December 23, 2013.

The USA expresses its concerned about the situation in near-Earth space, even though it was Washington that approved the National Space Policy in 2007 declaring the right to partially extend sovereignty to outer space."

Thus, even if Russia establishes military control over space with the help of interceptor satellites, the US does not lag behind her. 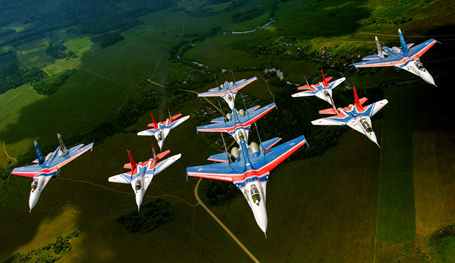