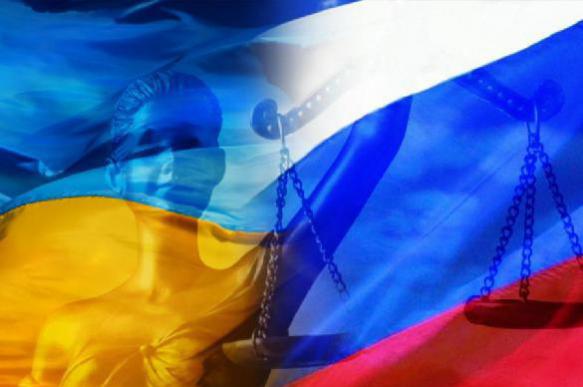 Ukraine's draft resolution on Russia's alleged militarization of Crimea was likely cooked up and written by Trump regime hardliners - maybe in cahoots with their UK counterparts.

Heavily US pressured, bribed and bullied UN member states adopted it by a 66 - 19 margin, 72 nations abstaining, wanting nothing to do with an unacceptable Russia bashing political statement.

The proceedings were world's apart from the UN's finest hours, disgracing the General Assembly and member states supporting what demanded denunciation.

The resolution turned truth on its head, claiming Russian forces in Crimea and Sevastopol, their own territory, violate Ukrainian  sovereignty and territorial integrity.

It condemned Russia's Crimea Bridge, spanning the Kerch Strait, connecting the country's republic with the mainland, the Kremlin's legal right.

It's a structural achievement, Europe's longest bridge, designed to handle vehicular and rail traffic. The road bridge opened on May 16 (months ahead of schedule), rail link completion expected in early 2019.

The Russophobic right-wing Washington Examiner urged "Ukraine (to) blow up Putin's Crimea bridge" - turning truth on its head calling the structure "an outrageous affront to Ukraine's very credibility as a nation."

The resolution turned truth on its head over what it called "the progressive militarization of Crimea by the Russian Federation as the occupying Power."

It expressed concern of Russia's legal right to conduct military exercises anywhere on its territory, posing no threat to neighboring or other states.

Amendments proposed by Iran and Syria, calling for observance of Minsk I and II peace agreements were rejected - along with both countries calling for a thorough, independent, transparent investigation of Kiev's Kerch Strait provocation, holding individuals responsible for the incident fully accountable.

Ignoring US war of aggression in multiple theaters, Israel's endless war on Palestine without declaring it, and Ukraine's war on its own people in Donbass, the resolution criticized Russia's legal right to protect its territory, including Sea of Azov and Black Sea waters.

"No matter how many deceitful resolutions are adopted along with your Western sponsors and those who are afraid to cross them, this will not change anything in Crimea or around it. The key to solving all regional problems lies in Kiev, or rather in Washington, where Kiev is controlled."

Over five dozen UN member states supported what they should have denounced, bowing to unacceptable US demands.

The resolution followed Kiev's illegal Kerch Strait provocation in Russian waters, orchestrated by Trump regime hardliners, Ukraine's declaration of martial law in areas bordering Russia, mobilizing thousands of combat troops near Donbass for resumption of aggression against its people, and its plan to launch a belligerent incident along its border with Crimea before yearend, according to Sergey Lavrov.

Russia launched a criminal investigation into Kiev's Kerch Strait provocation. When completed, a report will likely explain what happened in detail, laying blame where it rightfully belongs no doubt.

On Monday, the General Assembly adopted Russia's draft resolution on combatting the glorification of Nazism, neo-Nazism, and other practices fueling racism, xenophobia and related intolerance.

It called for "the universal ratification and effective implementation of the International Convention on the Elimination of All Forms of Racial Discrimination" - what's commonplace in Israel, America, EU countries, Saudi Arabia, and in numerous other countries worldwide.

The vote was 129 nations for adoption, 54 abstaining, two alone against - the US and Ukraine.