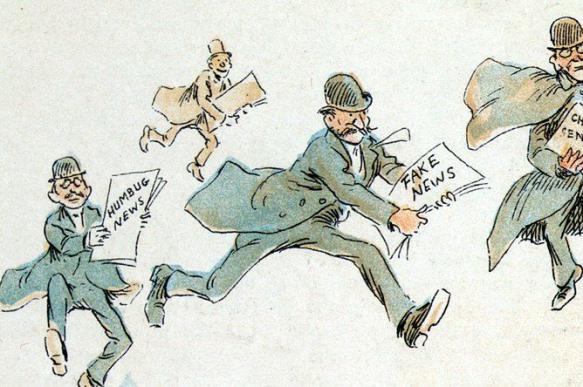 Major media in America and the West operate as mouthpieces for wealth, power and privilege - betraying their readers and viewers.

They consistently feature disinformation, Big Lies and fake news on major issues, especially geopolitical ones, notably anything about Russia.

Their rubbish is polar opposite what journalism the way it should be is all about, available only through alternative sources, largely online.

Cold hard facts discussed in my article debunked its fake news claims. A separate report is by a company called New Knowledge, saying it's involved in "monitor(ing) and defend(ing) against damaging social media security risks and disinformation..."

New Knowledge and COMPROP prepared their reports for the Senate Intelligence Committee. The company has longstanding ties to the US National Security Agency and Pentagon.

The same goes for COMPROP, closely connected to Western security and military interests. Both reports were prepared as part of the endless US-led Russia bashing campaign, vilifying the nation by invented accusations unsupported by credible evidence.

The implications of what's going on intensively are chilling, likely heading for confrontation between the world's dominant nuclear powers - the ominous risk of thermonuclear war, able to destroy planet earth and all its life forms if waged.

In January, the Bureau of the Atomic Scientists moved its Doomsday Clock to less than a full minute to midnight.

It was an unprecedented action, signifying the risk of catastrophic nuclear war or ecocide over the Trump regime's threat to world peace and contempt for ecosanity.

The reports, and similar ones, resemble long ago disinformation from Joseph Goebbel's playbook. Because of its global reach, the Russophobic NYT is especially reprehensible.

All the news it claims is fit to read on major issues is utter rubbish, fake news masquerading as the real thing.

The reports for the Senate Intelligence Committee featured Russophobic propaganda. The NYT turned truth on its head, falsely saying they're "the most detailed accounts to date about how Russian agents have wielded social media against Americans in recent years."

Because Google, Facebook and Twitter found no evidence of Russian meddling in the run-up to America's 2016 presidential election, the above reports accused them of "evad(ing) (and) misrepresent(ing)" the extent of Russian activity on their platforms, according to the Times, adding:

"(D)ata they...provide(d) 'lacked core components that would have provided a fuller and more actionable picture,' " according to New Knowledge's report - upset over the firm's inability to back its baseless claims about Russian meddling with facts because they don't exist, its report saying:

"Regrettably, it appears that the platforms may have misrepresented or evaded in some of their statements to Congress."

New Knowledge official Renee DiResta had to admit that "(n)one of the data sets we were given" suggests Russian US election interference - what's widely known in Washington and the West but suppressed.

The Times said "lawmakers (on Monday) lashed out at the tech companies for hiding the ball" - code language for not inventing data to facilitate Russia bashing, to accuse it of US election meddling despite no credible evidence suggesting it.

The Times lied claiming "(s)ocial media companies...help(ed) spread Russian disinformation. Facebook, Google and Twitter all initially played down or denied the Russian activity on their platforms."

"But over time, it became clear that Russia had used them to try to influence American voters" - a groundless accusation, no credible evidence proving it because none exists.

Testimonies by social media officials to Congress failed to deliver the message lawmakers and major media wanted to hear.

The neocon/CIA-connected Washington Post is just as reprehensible on this and other major issues - featuring Big Lies about Russia and most everything else vital to know, suppressing hard truths.

"Having worked to help get Trump into the White House (sic), they now worked to neutralize the biggest threat to his staying there."

Yet Moscow persists in maintaining the myth of a Russo/US partnership, showing weakness not strength, failing to deal with Washington the only way it understands - responding to its toughness with similar actions, challenging what never should be tolerated.

The Wall Street Journal  is part of the Russia bashing crowd, reporting the same Big Lies about the Kremlin as other Western media.

It falsely claimed a Kremlin social media campaign aimed "to suppress African-American voter turnout and boost Donald Trump's presidential bid, while relying more on Instagram than previously known, according to" the fake news studies cited above.

Am I a Russian agent for daring to explain hard truths on major domestic and geopolitical issues, for discussing what I can support with facts, for opposing Washington's destructive imperial agenda, for refusing to go along with the notion that might makes right, for dedicating my efforts to world peace, equity and justice, for sharply criticizing the megalomaniacal US aim to rule the world, largely by endless wars on humanity.

I support ruling authorities for peace, equity and justice. I oppose governments against them, my own the most egregious.