It seems that the issue of the delivery of two Kuril islands to Japan has been coordinated with the Kremlin. According to Japanese officials, the United States is ready to assist in the matter. Yet, the Russian side has not released any clear comments on the subject.

Shinzo Abe steps up on the Kuril Islands dispute

On January 1, 2019, Japanese Prime Minister Shinzo Abe announced that peace treaty negotiations with Russia should be intensified. The delivery of two Kuril Islands to Japan can only be possible with full consent from local residents, who will have the right to stay on the islands, Abe said in an interview with Asahi TV channel.

The Prime Minister of Japan also said that he had visited the grave of his deceased father, where he promised to work on the matter every day. Shinzo Abe's father - Shintaro Abe - had served as the Minister for Foreign Affairs of Japan from 1982 to 1986 dealing with relations between Japan and the USSR. This pledge that Abe gave on his father's grave was not just empty words, but an oath.

Japanese media outlet Yomiuri reported that negotiations with Russia were nearing their final stage. Supposedly, the Japanese authorities will be ready to pay compensation to the people who left the islands if Moscow agrees to waive its claims for compensation.

On Tuesday, Katsuyuki Kawai, Shinzo Abe's Special Assistant for Foreign Policy, said that Japan was counting on US support for the conclusion of a peace treaty with Russia, Kyodo news agency reported. Kawai noted that this would counterbalance the growing influence of China.

Until recently, Japan was claiming four islands of the South Kuriles - Kunashir, Shikotan, Iturup and Habomai. The Japanese side refers to the bilateral treaty on trade and borders from 1855. Russia has been keeping the islands under control after World War II, when there was no peace treaty signed with Japan.

In 1956, the USSR and Japan signed a joint declaration, in which Moscow agreed to consider the possibility of delivering Habomai and Shikotan islands to Japan after the conclusion of a peace treaty. The treaty had never been signed - the United States threatened Japan in the midst of the Cold War that a peace treaty with Russia would affect the process of returning Okinawa to Japan's sovereignty. It is worthy of note that Okinawa returned to the jurisdiction of Japan in 1972. 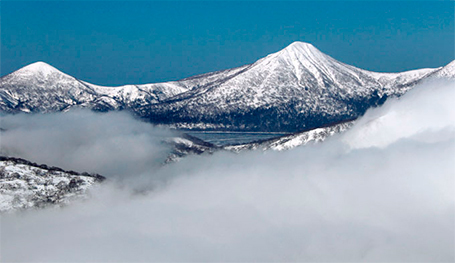 11 Photo Kuril Islands: A gem on the edge of the world

Moscow firmly believes that the islands became part of the USSR following WWII, and Russia's sovereignty over them is beyond doubt, although the mutual economic use of the islands is possible. In November, Putin and Abe agreed to speed up negotiations on the peace treaty based on the 1956 Soviet-Japanese declaration. However, the sides differ as per the transfer of sovereignty.

In December 2018, Russian Foreign Minister Sergei Lavrov said that it was possible to transfer a part of the Kuril Islands to Japan if Tokyo recognized the results of WWII. Some believe that as soon as the Japanese receive two Kuril islands, they will ask for two other islands of the chain. In addition, Japan may consider building a US army base on the islands.

According to Japanese Prime Minister Shinzo Abe, President Vladimir Putin is committed to signing the peace treaty. Yet, Putin says that the military presence of the United States in Japan complicates the search for a formal peace treaty between Moscow and Tokyo.

It appears that the agreement will not materialize in the foreseeable future in the event Japan does not receive the approval from the United States for Russia's preliminary conditions regarding the peace treaty. However, Donald Trump is unpredictable, and his recent actions show his determination to stay on Russia's side. He withdraws US troops from Syria, disagrees on many issues with European allies to the detriment of the transatlantic partnership and leaves Ukraine "to Russia's mercy."

In addition, Russia may say "no" to the return of Kunashir and Iturup islands. At the same time, Russia pins great hopes on an opportunity to find an investor for Putin's grandiose projects in the Far East. To crown it all, the Russian administration wants to undermine "isolation" and international solidarity to the regime of sanctions.

Japanese newspaper Sankei Shimbun wrote that Abe was going to come to Russia on January 21 to hold peace talks with Putin. The Kremlin confirmed that January 21 was one of the possible dates for such a meeting.

Valery Kistanov, the head of the Center for Japanese Studies at the Institute of Far Eastern Studies of the Russian Academy of Sciences, told Pravda.Ru that Russia could indeed hand over the islands of Habomai and Shikotan to Japan. "Russia apparently wants to end this dispute and sign the peace treaty, but the Japanese will never give up their claims on all four islands," Valery Kistanov said.

The expert assumes that the document will contain a tricky formulation regarding two other islands, for example, about negotiations on the affiliation of the islands of Kunashir and Iturup or about an opportunity to conduct joint economic activities and open free access for the Japanese to Kunashir and Iturup.

Kuril Islands dispute between Russia and Japan: The impossible is impossible