Russia: New Super-Weapon Exceeding the Best in the West 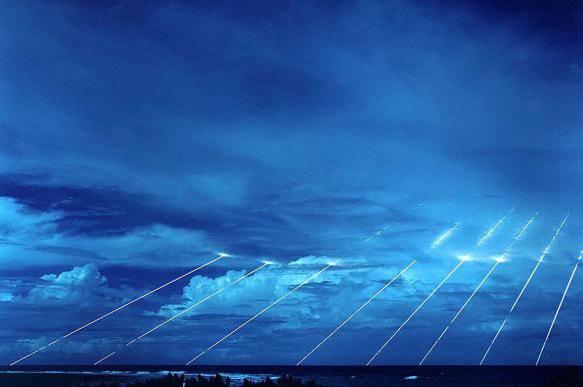 Russian super-weapons technologically outmatch the Pentagon's best, developed at a small fraction of the cost, using its resources efficiently.

Despite pouring countless trillions of dollars down a black hole of waste, fraud and abuse, the US is declining politically, economically, financially, and militarily - Russia, China, and other nations rising.

Russian military superiority is enough to give US hawks pause about attacking the country. Its formidable arsenal includes:

Russia's military also has cutting-edge laser weapons technology. Pentagon commanders know its superior super-weapons rule out a US military option against the nation.

The long-range, anti-stealth or other aircraft, anti-ballistic/cruise missile air defense system is a new design, not an S-400 upgrade - able to intercept targets accurately at high and low altitudes, including on the ground.

Its technology is superior to the S-400 system, reportedly able to hit up to 10 ballistic or other  targets at the same time, accurately at distances up to 600 km away at altitudes up to 40 km.

It can down them at hypersonic speed of about Mach 20, reportedly also able to strike low-orbital satellites. S-500s are intended to shield Moscow and other strategic areas.

According to some reports, the S-500 system is able to detect hostile ballistic warheads as far as 1,300 km away. It can intercept and down ballistic missiles before atmospheric re-entry.

Chemezov said "(w)e are already starting to produce the S-500. This is a (highly) advanced system, so I would not like to talk about it now, as it hasn't been adopted by our military yet."

It's designed to replace Russia's A-135 missile system and be used along with S-400s. Its specific capabilities remain classified and haven't been officially released.

The system reportedly is mobile, to be carried on specially designed vehicles with superior cross-country mobility.

An S-1000 system reportedly is being designed to have greater capabilities. By optimizing its resources efficiently, Russia is able to maintain super-weapon superiority over US-dominated NATO.