Due to a series of uncoordinated protests in Moscow, analysts and experts started making forecasts about the imminent collapse of the present-day system in Russia. 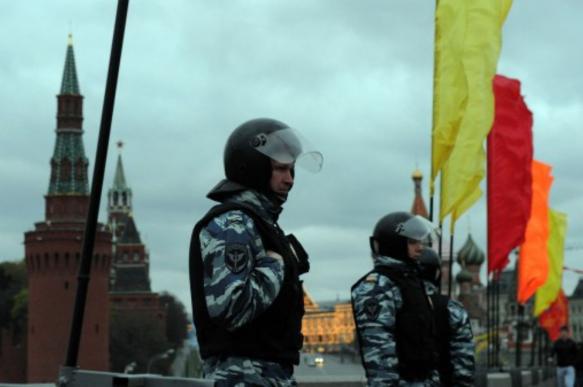 Valery Solovey, a former professor at MGIMO (the Moscow State Institute of Foreign Relations) is one of such futurologists. In general, this scholar is known for quite bizarre forecasts that sound very convincing, even though they never come true to life.

This time, Mr. Solovyey predicted an "open, protracted crisis" that would end with a regime fall in 2020-2021. At the same time, as Russia is going to extricate from this political crisis, the nation will see a "new political order."

In 2016, Valery Solovey spoke about early presidential election that would take place in Russia in 2017. He even named possible successors - Prime Minister Dmitry Medvedev, Tula region governor Dyumin, and even Sergei Ivanov, the former head of the presidential administration.

As we can see, the early election did not take place. Putin's most recent campaign was one of the most predictable ones. As for Mr. Solovey's forecast of the imminent collapse of the system in Russia and the protracted crisis of 2020-2021, we would like to refer to an opinion voiced on "Stukach" Telegram channel.

If the Russian Army had refused to take part in operations to extinguish Siberian wildfires, it could have technically triggered a crisis. However, Russia's sitting Defense Minister Sergei Shoigu previously served as the head of EMERCOM, so the Russian army followed the orders instantly.

The current political regime is not going to end in 2020-2021, because there are no prerequisites for it. The current system of power is solid. Nevertheless, some analysts speak about the brewing crisis between power and society amid growing social tensions. For example, experts at the Institute for Economic Growth named after Stolypin speak about the weak effect of national projects and the curtailment of small and medium-sized businesses in Russia. According to them, the Russian economy is sliding into a recession.

Thus, negative processes in the economy are already directly associated with the implementation of national projects, which casts doubt on the competence of the government. At the same time, the expert community believes that it is impossible to improve the situation against the background of the present monetary and tax policies. The question is what the government is likely to revise first - national projects, the strategy of the Central Bank or taxation.

In other words, tensions in Russia do not grow within the scope of big politics. They grow within the scope of "household" politics, so to speak. The main challenge that the Russian authorities face today is not about the desynchronization of actions. Russian people find most of those actions incomprehensible and unacceptable - this is the main challenge for the Russian authorities today.