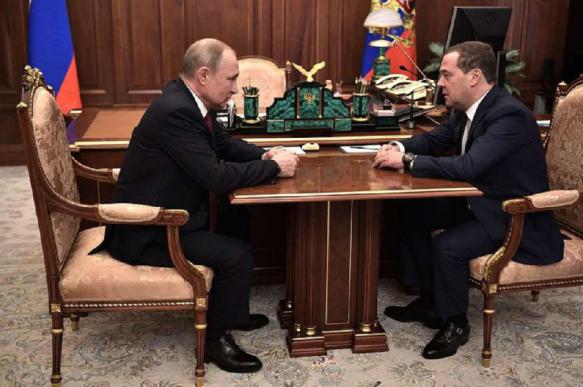 "These amendments, when they are adopted, they will bring significant changes not only to a number of articles of the Constitution, but to the balance of power, executive power, legislative  and judicial power," said the Prime Minister. "In this context, it is obvious that we, as the government of the Russian Federation, should provide the president of our country an opportunity to make all the necessary decisions. In these conditions, I believe that it was the right decision for the government to resign in accordance with article 117 of the Constitution of the Russian Federation."

The amendments to the Constitution, which President Putin suggested during his Address to the Federal Assembly on January 15, 2020, contain the idea to delegate powers to approve the head of the government and the ministers from the President of the Russian Federation to the State Duma (the parliament).

Putin instructed the outgoing government of Dmitry Medvedev to perform its duties until the new cabinet is formed.

Against the background of the news about the resignation of the government, the Russian ruble declined sharply against the US dollar. The dollar is now traded at 61.725 rubles per dollar, which is 30 kopecks lower than before the government resignation news was announced.

"Dmitry Anatolyevich [Medvedev] has always been engaged with these issues and, from the point of view of enhancing our defense capability and security, I consider it possible and asked him to deal with issues of this property and category in the future," Putin added, commenting on Medvedev's upcoming appointment as his deputy at the Security Council.

Putin recalled that Medvedev was served as the president of the Russian Federation and chaired the government for almost 8 years. "This is probably the longest time of service in this post in recent history," he said.

Putin emphasized that if Medvedev's appointment requires changes to existing laws and regulations, then this will be done in the near future.

The Security Council of the Russian Federation is a constitutional body, which, in particular, prepares decisions of the head of state in issues related to the nation's development strategy, protection of the vital interests of citizens, society and the state from internal and external threats, and pursues the unified state policy in the field of national security.