During the talks in Vienna, the Saudis proposed lowering oil output by 1.5 million barrels per day during the second quarter of the current year in response to the coronavirus epidemic and a downturn in global demand, which, according to Goldman Sachs estimates, could exceed two million barrels per day. Russia, in the person of Energy Minister Alexander Novak, flatly refused to reduce production and only proposed to set current production volumes for another quarter. Riyadh turned the offer down. The next day, global markets collapsed, the ruble lost ten percent of its value against the dollar. 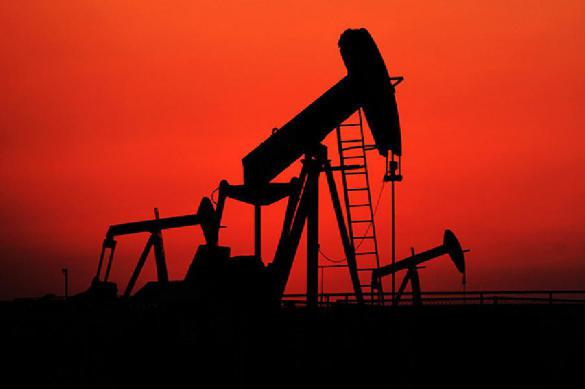 Russian oil companies have long wanted to exit the deal: OPEC+ was favored only by those companies that were developing no new deposits and had no opportunity to increase production on old ones.

It goes about such companies as Lukoil. Its top manager Leonid Fedun announced that the decline in oil prices after the failure of negotiations with OPEC could lead to a loss of $100-150 million per day.

It could be true, but one can win the game by sacrificing a pawn. Many analysts believe that Russia should have left the deal long ago as Russian companies were losing their part of the market and could not invest in new deposits.

US displaces Russia from the oil market

Expensive oil ($ 60-65 per barrel) gave the United States an opportunity to increase production by four million barrels per day. Oil exports exceeded its imports, and the USA became a net exporter. Today, oil production in the United States is at a historic high of 13 million barrels per day, which is 15 percent higher than that in Russia, while US oil exports have grown have grown five times during the time of the deal.

US oil exports have grown due to shale oil. One should bear in mind the fact that the United States imposed sanctions on Venezuela and Iran, and forces Europe to buy energy carriers from the US. The story of the sanctions for Nord Stream-2 project sounds convincing in this regard. The Chinese, by agreement with the United States achieved as a result of the "trade war," pledged to buy American goods and services worth $200 billion (including energy carriers).

In a nutshell, Russia was being ousted from the oil market.
If oil prices fall to $30 and below, the American shale oil industry with its price of $45 per barrel will certainly experience difficulties. Small enterprises will go bankrupt. Is the US Treasury ready to rescue the industry that holds $200 billion of debt?

It is believed that Saudi Arabi was not happy with the OPEC+ deal either. Riyadh had also lost markets in the past and now wants to take advantage of its oil that is cheaper than Russia's oil. However, the kingdom's economy is even more dependent on oil export revenues than the Russian economy. Anton Siluanov, Russia's Ministry for Finance, explained the position of Moscow.

"The Saudis have a much worse situation: in Russia, the price of oil, which balances the budget, amounts to 42.4 dollars per barrel, but for Saudi Arabia, the price is much higher - up to $80," he said.

Noteworthy, the budget of Saudi Arabia has a deficit of $55 billion, while the Russian budget has a surplus. The riyal has a very strong dollar peg, which makes it impossible for the Saudis to replenish the budget by adjusting the riyal rate against the US dollar.

The Russian ruble is a free float currency. The growth of the dollar exchange rate by one ruble additionally gives the budget 70 billion rubles of oil and gas revenues (since the ruble price of oil grows). The weak ruble gives an advantage to importers.

How the ruble exchange rate will be stabilized

It is expected that the price of oil will stabilize, since none of the investors expected the deal to fall apart. If it is adjusted below $42.6 (the cutoff price of the fiscal rule), the ruble will become more dependent on oil fluctuations. In this case, the Central Bank will be able to take its measures:

to switch to selling currency from the NWF as part of the implementation of the fiscal rule;
to increase the refinancing rate;
to introduce restrictions on liquidity.

On Tuesday, Urals oil was quoted at $32 per barrel.

The Ministry of Finance stated that it was going to:

cancel purchases of currency on the exchange,
the reserves of the National Welfare Fund will be enough to cover budget losses from falling oil prices to $25-30 per barrel for 6-10 years.

What will happen to the income of the Russian people?

As usual, companies will have to spend more of their funds to import goods, and customers will have to compensate the growth from their wallets. Prices will rise on everything. In addition, to support the budget, the following can be possible:

ruble devaluation;
an increase in the Central Bank rate and, as a result, a rise in the cost of loans;
the pressure on the labor market will grow;
salaries will be cut.

The Russian economy is now much better prepared for this kind of shock, because:

banks and corporations have fewer foreign currency loans;
people own less currency;
Russian banks are limited in their currency speculations;
the ruble does not depend on oil as it did in the past (the share of oil revenues in exports is 35%).