Coronavirus to throw Russia into two years of economic stagnation

As the coronavirus pandemic is gathering pace, the global economic crisis is looming. Putin's decision to extend the non-working regime in the Russian Federation for a whole month, until the end of April, will show an extraordinary and enormous influence on the Russian economy. This decision caused a lot of controversy, but, as Putin's official spokesman Dmitry Peskov said, people's health is more important. 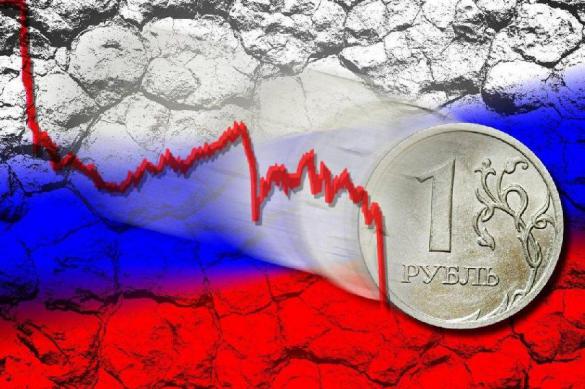 The Kremlin considers various scenarios of the development of the economic crisis in Russia. The current state of affairs in the Russian economy falls under the concept of the perfect storm: several major factors work together to cause the economy of Russia to tailspin. It goes about

It appears that there is nothing but negativity around, and there is no light at the end of the tunnel.

Russian Finance Minister Anton Siluanov also warned of the upcoming crisis and the onset of the new reality in the economy. According to him, the "fat years" have passed, and now one will have to manage resources more efficiently. However, Russia is ready for changes, Siluanov said, adding that the country's gold and currency reserves exceeded $551.2 billion as of March 2020. Siluanov stressed that such reserves would be enough to respond to all challenges for economy and budget due to coronavirus.

Speaking about the catastrophic decline in oil prices, Dmitry Peskov said that Russia was ready for constructive negotiations on the topic, which are scheduled for April 9 as part of the OPEC+ ministerial meeting.

Peskov said that the actions of Saudi Arabia, which decided to implement an unprecedented increase in oil output, threaten to overfill oil storage tanks and cause oil prices to fall to all-time lows. According to Peskov, oil tankers have turned into floating oilcans. "At the end of the day, we will get the lowest oil price, which no country in the world can profit from," Peskov said.

The development of the coronavirus epidemic and declining oil prices are developing according to the "crisis", if not "shock scenario." It is now obvious that it will be impossible to avoid severe recession with consequences in the form of rising poverty and unemployment.

All of Russia is now living in quarantine, when whole sectors of businesses were closed. The country is experiencing a massive decline in oil revenues. Therefore, the economic crisis may have a much stronger impact on Russia, than on other countries, economists say.

Whole industries have found themselves at the epicenter of the "perfect storm" in Russia. The country may suffer multi-billion losses daily. As many as three million entrepreneurs may shut down their businesses, while nearly nine million Russians may lose their jobs.