The first criminal case in Russia regarding the non-payment of compensations to medical personnel working with coronavirus patients was initiated in the Krasnodar region, the press service of the Investigative Committee of the Russian Federation said. 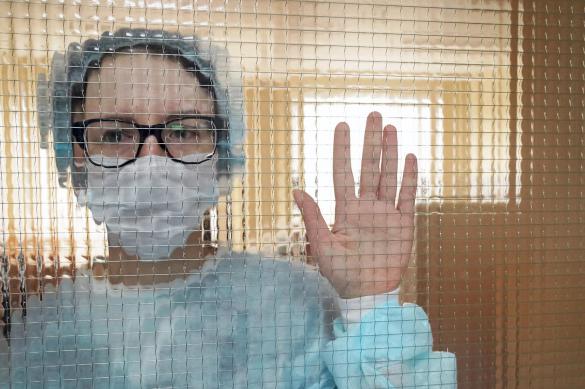 The case was filed in the town of Armavir under Part 1 of Art. 293 of the Criminal Code of the Russian Federation (negligence) following a pre-investigation into the non-payment of incentive payments to doctors for their work and working conditions during the coronavirus pandemic.

On May 16, a video message of ER doctors of Armavir was posted on the Internet. In their message, the doctors said that they did not receive any financial assistance for their work in the conditions of the COVID-19 pandemic. It was said that the violation of the rights of doctors to receive incentive payments "became possible due to acts of negligence committed by the administration of the medical institution."

In the Krasnodar region, law enforcement officers put pressure on those doctors who complain about non-payment of the promised allowances.

In particular, the police threatened to call employees of the ambulance station at the Abinsk regional hospital to criminal and administrative liability for extremism.

On April 8, 2020, in his televised address to the nation, Russian President Vladimir Putin announced incentive payments to medical personnel working with COVID-19 patients. The head of state compared doctors with the military who fight at the forefront. Putin promised additional 80,000 rubles a month to doctors, 50,000 rubles to nurses, and 25,000 rubles to drivers and paramedics.

In reality, however, doctors, nurses and paramedics received only hundreds of rubles instead of tens of thousands. On May 11, Putin paid attention to delays in those payments. Prime Minister Mikhail Mishustin admitted at a meeting, which was devoted to the issue, that only 4.5 billion rubles had been actually paid (about 15 percent) out of more than 27 billion, which the government allocated to regions for additional payments to doctors.

The payouts that doctors received for their work with COVID patients were ridiculous. In the Murmansk region, ambulance drivers received from 190 to 386 rubles for their hours of work instead of 25,000, which Putin promised them for every month of work under the conditions of the pandemic.

Subsequently, it turned out that the payments were calculated "for the working time that doctors actually spent working with infected patients. The head of the Nizhny Novgorod Ministry of Health, David Melik-Huseynov, said that the amount of surcharges for medical workers, paramedics and ambulance drivers did not depend on the number of their shifts. According to the official, the amount depended on the number of hours and minutes that hospital personnel spend with COVID-19 patients.

On May 15, Vladimir Putin said during the meeting with government officials that he was not happy with their work.

“I announced specific numbers for working with coronavirus patients, and it was not for the actual time - five, ten minutes or two hours - but for the very fact of work. They made some red tape about it and started counting minutes and hours. Did I instruct to count the hours? I didn’t,” Putin said emphasizing that he would get back to the problem early next week.

Violations in making incentive payments to hospital personnel were subsequently found in 12 regions of Russia.