Nikolai Patrushev, the Secretary of the Security Council of Russia, gave an interview to a well-known Russian publication, in which he spoke about new insidious plans of international political elites about Russia.

The official said that this time, the West intends to crack down on Russia for the imminent vote on amendments to the Constitution of Russia. 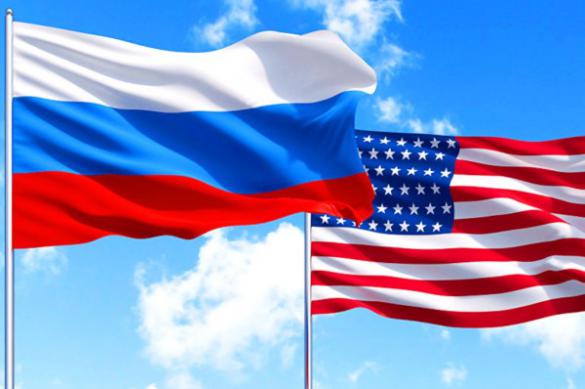 The sealed carriage of the revolution

According to Nikolai Patrushev, the standard "claims" were used as a reason for launching the mechanism to remove the sitting Russian administration from power:

The head of the Security Council anxiously announced the financing of the so-called non-systemic opposition by Western countries and shared the plans of his ill-wishers:

"Activities aimed at destabilizing the socio-political situation in our country are being constantly intensified. To this end, an extensive network of foreign non-profit NGOs and domestic public structures dependent on them is being created on the Russian territory to implement so-called democratic programs and projects that meet the interests of Western states."

According to Nikolai Patrushev, on the eve of the vote on amendments to the Constitution of Russia, Western curators of the Russian non-systemic opposition will mobilize their opportunities to:

It is worth noting that comrade Lenin, who arrived in Russia in a sealed carriage, would have never started a revolutionary massacre in the empire for any money from the Kaiser or British intelligence, if it had not been for major systemic violations and corruption that had sucked Russia in like a swamp.

The fundamentals of the legislation of the Russian Federation on culture define the term of cultural values ​​clearly. How is it possible, in fact, to "erode" customs, folklore, dialects, architectural monuments, paintings by Repin and Levitan with the help of foreign enemies? Does anyone seriously believe that campaigns against traditions to have a drink for three or let a cat enter a new apartment first would ever succeed in Russia?

The concept of "cultural value" is based on "permanence." A work of art, a piece of scientific knowledge, or a product of another person's activity that has successfully passed the test of a comprehensive critical assessment becomes a cultural value. The latter cannot be eroded, because it is eternal.

Speaking of historical values ​​or the popular notion of "historical truth" among the ruling political elite, it would be good to tell this very truth for a start. We are not talking about the assessments of ideologists who turned historical science into a parliament in which "there is no room for discussion." It just so happens that it was allowed to talk about events in the history of Russia the way they usually talk about the deceased - either only good things or nothing at all.

"Color revolutions" are called differently in different centuries. However, nothing has dramatically changed in mechanisms of geopolitical movement since the time of the poking stick and the invention of the wheel.

Real problems caused by either the actions of the authorities or their inaction will always remain the foundation of protest sentiments, as they have always been. No one, except for the powers-that-be and heroic nomenclature, is capable of raising a wave of protest. As Ukraine's most outstanding philosopher Vitali Klitschko once said, it is governments that paint revolutions the colors, in which they painted it.

According to Patrushev, Russian trade unions no longer respond to modern challenges. It was workers who created alternative structures to struggle for their rights, and it makes no sense here what the US State Department has to do with that.

Rumour has it that those people who come to vote for the amendments to the Russian Constitution in Moscow will receive a bonus. This is nothing but division of people, unless we consider this act of unprecedented generosity an act of bribery of voters.

Alexey Nemeryuk, the head of the department of trade and services of the city of Moscow, explained everything to reporters clearly:

"Everyone who participates electronically or comes to the polling station will receive a code, and points will be awarded. A person will thus receive bonuses that they can use later."

If someone in Russia or abroad pays attention to such a marketing trick and says that such an initiative does not meet the principles of a democratic election, this will apparently be considered an act of ideological diversion.

Any intelligent person who has not lost signs of intellectual self-preservation is unlikely to believe the words that they can hear from federal TV channels about Trump and Merkel who are to blame for all those foul words spray-painted on buildings, for the stolen money, which was allocated for the construction of a new cosmodrome. If one watches Russian TV on a regular basis, one does get a feeling that it is Trump and Merkel who do their best to make the lives of ordinary Russian citizens as uncomfortable as possible.

Apparently, they do not understand it there in the Kremlin that people do not like being taken as outright idiots.

One of the tools of geopolitical competition is the use of vulnerabilities in the system of relations between the state and the citizen. The fewer jambs the authorities make, the fewer opportunities competitors have to take advantage of those mistakes.