When people complain of their memory, they usually talk about their forgetfulness. However, the human memory can bring another surprise too – non-existent recollections. Déjà vu is an experience, which gives a person a feeling that he or she has already seen or experienced a new situation (people, places, etc) before. It does not seem to matter much at first sight. However, those, who saw a mystical side to it, could not leave the phenomenon out of their attention. They decided that déjà vu was a memory of the previous life. Intelligent and educated people may often swallow the bait of reincarnation too. Carl Gustav Jung was once struck with a painting depicting a doctor. The shoes, which the doctor was wearing on the painting, seemed very familiar to him. The psychologist eventually concluded that he was wearing those shoes in his previous life, when he was the doctor shown on the painting.

Déjà vu (translates as ‘already seen’ from French) was later classified into deja vecu (‘already lived’), deja senti (‘already felt’) and deja entendu (‘already heard’). It has the antonym too – jamais vu (‘never seen’). The latter may happen to a person when he or she comes home and suddenly realizes that it is a totally unfamiliar place.

Scientists say that déjà vu mainly occurs to people aged 15-17 and 35-40. This is not purely incidental. An overemotional and sensitive teenager does not have enough life experience to analyze events and thus has to resort to the complicated experience which he or she never had. At about 35 or 40 a person reaches the point of midlife crisis, when memory starts to bring new surprises – false feelings of untrue episodes.

Some physicists explain the déjà vu phenomenon in a more sophisticated way. They say that the phenomenon exists because our present past and future are simultaneous. Therefore, the already seen feeling is a consequence of a slight faulty operation in time.

Déjà vu is mainly a phenomenon of brief, instant recollections having no background. They pose no danger to a mentally stable individual. The false memory phenomenon is not so harmful, though.

False memory may appear as a result of interaction with other individuals. Elizabeth Loftus, a US psychologist, an expert on human memory, determined that a person may have a wrongful reconstruction of events in memory. A person may often mix his or her recollections with somebody else’s experience, as well as films, books, etc.

False memory syndrome (FMS) is a term coined in 1992 by the False Memory Syndrome Foundation (FMSF) to describe their theory that some adults who belatedly remember instances of sexual abuse from their childhood may be mistaken about the accuracy of their memory; from this, the Foundation hypothesizes that the alleged false memories may have been the result of recovered memory therapy, another term coined by the FMSF in the early 1990s. The FMSF is an organization that advocates on behalf of individuals who claim they have been falsely accused of perpetrating child sexual abuse. Some of the influential figures in the genesis of this theory are forensic psychologist Ralph Underwager, psychologist Elizabeth Loftus and sociologist Richard Ofshe.

Charles Whitfield, MD, in his 1995 book Memory and Abuse, states that all critics he had found of the studies validating delayed memories are members of the False Memory Syndrome Foundation advisory board and states that FMS is rare. The American Heritage Dictionary of the English Language defines FMS as "The belief that one remembers events, especially traumatic ones, that have not actually occurred", also stating it is not used scientifically.

Harvard University professor Richard McNally has found that many Americans who believe they have been abducted by aliens share personality traits such as New Age beliefs and episodes of sleep paralysis accompanied by hypnopompic hallucinations. In laboratory tests, these individuals exhibited measurable stress symptoms such as elevated heart-rate and sweating responses, similar to those of Vietnam veterans suffering from post-traumatic stress disorder. The experiment led McNally to conclude, "Emotion does not prove the veracity of the interpretation." Psychiatrist, John Mack, M.D., founder of the department of psychiatry at The Cambridge Hospital in 1969, and member of the faculty Harvard Medical School, disagrees with McNally's conclusions, stating that, according to Psychology Today, diagnosis of sleep paralysis along with "Sci-Fi Channel" beliefs is not sufficient explanation for phenomena such as "alien sightings by school children in Zimbabwe who are wide-awake." 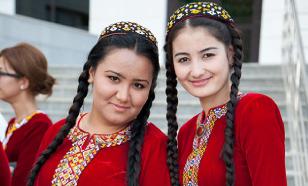