In the coming years or decades, life on earth in all forms could end from nuclear immolation or ecocide. 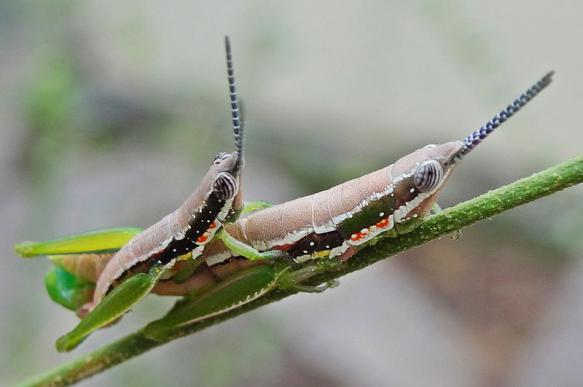 In the coming years or decades, life on earth in all forms could end from nuclear immolation or ecocide.

The risk of nuclear war is ominously real, an issue I've addressed numerous times. US rage for unchallenged global dominance threatens the unthinkable.

War plans were drawn against all its adversaries, to be implemented if ordered, including against Russia, China and Iran.

Bipartisan hardliners in Washington are on a path toward WW III, believing it's winnable. What's unthinkable is US-dominated NATO's main mission if things go this far.

If waged, nuclear war assures losers, not winners, humanity's survival hanging in the balance, possible ecocide its other major threat.

A study last year in Proceedings of the National Academy of Sciences, covering the period from 1976 - 2013, showed the number of insects and other invertebrates in Puerto Rico's rainforest declining precipitously - despite the forest designated a protected wildlife area.

Invertebrates are the primary food source for birds, lizards, and frogs. The trend is alarming in Puerto Rico and elsewhere globally. Insects, including bees, are rapidly disappearing.

A separate study highlighted a 75% decline in flying insects over the past three decades, saying "(t)he widespread insect biomass decline is alarming, ever more so as all traps were placed in protected areas that are meant to preserve ecosystem functions and biodiversity."

Researchers blame climate change along with use of pesticides and other toxins, saying they're responsible for what's happening - human activity the key factor behind loss of biodiversity.

Mammals (including humans) are endangered. Another study concluded that it'll take "millions of years to recover from the current biodiversity crisis."

Since the last ice age thousands of years ago, hundreds of mammals became extinct. Around one-fourth of existing mammals are threatened with extinction.

Another study found that 60% of primate species are threatened with extinction because of destructive human activity.

A report published in January covered a "comprehensive review of 73 historical reports of insect declines from across the globe, and systematically assess(ed) the underlying drivers."

Its findings noted a "catastrophic collapse of nature's ecosystems," explaining that over 40% of insect species are declining at an alarming rate, a third threatened with extinction.

The rate of decline is a precipitous 2.5% annually, suggesting insect life could vanish altogether in a century, threatening the survival of mammals, birds and reptiles. Without their food source, they'll starve to death.

The study said that main drivers of species declines include habitat loss from intensive agriculture and urbanization; pollution caused by pesticides and fertilizers; biological factors, including pathogens and introduced species; as well as climate change.

Insects are essential for all ecosystems to function normally. Major declines in Puerto Rico, Germany, Britain, and elsewhere indicate a growing global crisis.

According to researchers, "(t)he trends (of insect loss) confirm that the sixth major extinction event is profoundly impacting (all) life forms on our planet."

"Unless we change our ways of producing food, insects as a whole will go down the path of extinction in a few decades. The repercussions this will have for the planet's ecosystems are catastrophic to say the least" - including for humanity.

Butterflies, moths and bees are among the species affected most. Between 2000 and 2009, Britain's agricultural land butterfly population declined by a stunning 58%.

From 1949 to 2013, nearly half of Oklahoma's bumblebee population disappeared - from six million colonies to about 3.5 million.

Biologist/conservationist Dave Goulson explained that "insects are at the heart of every food web. They pollinate the large majority of plant species, keep the soil healthy, recycle nutrients, control pests, and much more. Love them or loathe them, we humans cannot survive without insects."

The lesson is clear. If human activity doesn't drastically change, extinction of insects could jeopardize mammal life on earth, including humans.