Absolute security in the modern world seems to be something that is impossible to achieve. Every move that modern people make can be tracked, whereas history of their search queries and voice commands can be stored on servers and used when necessary by hackers or secret services. Nevertheless, there are still many of those who believe in secrecy of their private correspondence. Even if text messages in a mobile device contain nothing criminal, one would still like to hope that your private correspondence remains private forever and always. Pavel Durov, who is often referred to as Russia's Mark Zuckerberg, the man behind Russia's most popular social networks and messaging services, shares the same point of view. According to him, one should stay away from WhatsApp. 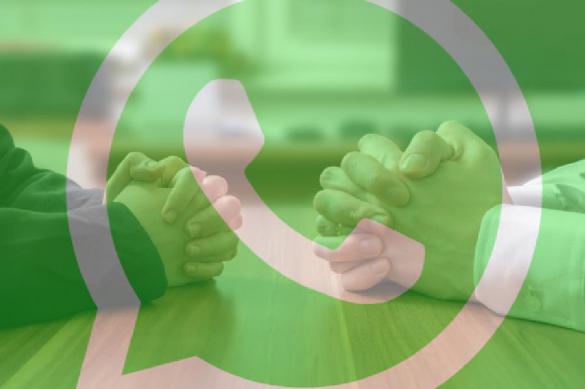 Pavel Durov admits that the recent vulnerability in WhatsApp, which allowed remote installation of spyware on users' mobile devices, did not come as a surprise. This is nothing but backdoor, which developers were aware of from the start. Most likely, it was them, who scripted it into the application. This is evidenced by the reluctance of WhatsApp management to expose its source code. Moreover, Durov noted, the company intentionally interconnects application files in a way so that no one could decrypt and study them.

Pavel Durov believes that WhatsApp is closely watched by the FBI. More than one billion people use WhatsApp on a daily basis, and one can therefore keep tabs on every user of the messenger by reading and listening to their messages. According to Durov, the FBI tried to conduct three hacker attacks on Telegram in 2016, but all of them were successfully repulsed.

Pavel Durov started working on Telegram messenger in response to the pressure from Russian authorities. In 2012, WhatsApp was transmitting user messages in plain text format, and anyone, including hackers, secret services, cellular operators or administrators of Wi-Fi networks, could gain access to user messages. WhatsApp later added some encryption, which turned out to be a marketing gimmick as governments of a number of countries, including Russia, had the key to decrypt messages.

The implementation of the encryption protocol did not improve the situation, because backup copies of messages were still not encrypted, which means that anyone could still read them. This led to the exposure of user metadata, which is not surprising at all, as there was not even a day in the history of WhatsApp when it could be considered a secure service, Pavel Durov says. Everything became clear when WhatsApp founders left the company. One of them even urged everyone to delete their Facebook accounts.

Many people still use WhatsApp just because their friends and relatives use the same service. This is an erroneous position, Durov believes.

Many groups are voicing their opinion of WhatsApp and using YouTube views service to amplify their message.