Portugal: Opportunity to be protagonist in development for Electric vehicles in Europe

Portugal: Opportunity to be protagonist in development for Electric vehicles in Europe 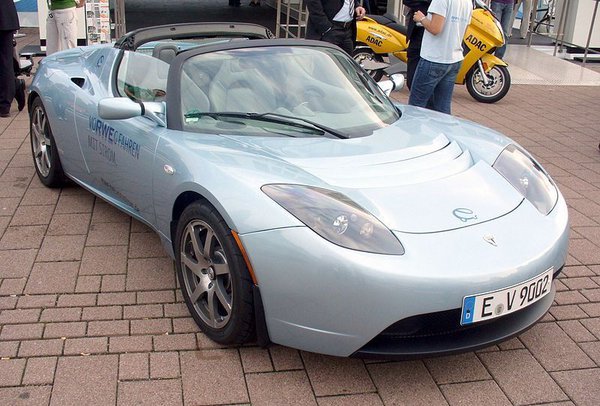 (The problem of battery recycling)

The perspective of increasing sales and demand for Electric vehicles(EV) in Europe regarding the necessity to reduce CO, reduce the dependency of fossil combustibles and the urgency to take actions to reduce the global warming, are making in the first step companies be creative to find solutions to reduce their production costs to improve designs and increase investments to reduce the current petrol cars emission of CO2, and in a second step be creative to find solutions and invest research and technology to make competitive electric cars with lower costs.

In according to J.P Morgan the demanding forecast of consumption of  EV around the world will be up to 2025 around 12% against 4% expected to 2020, it means an increase of 8.4 million EV vehicle. However, the main current barrier to support this development is the capacity for companies recycle the battery of lithium-ion. Recently with announcement of the winners of Chemistry Nobel prize that developed the batteries of lithium-ion Mr Goodenough, Mr Whittingham and Mr Yoshino they reinforced that key for development for a sustained way of development of EV is the battery lithium-ion recycling.

This big challenge is related on the process of recycling batteries, traditionally the companies invested on cost reduction to improve the battery longevity and charge capacity, on top of that the investments on recycling never took seriously on a global level, for example today only 5% of whole lithium battery are recycled and China is leader on this process. Today it can be done using main two different process, the pyro metallurgic and hydro metallurgic, and for both process the target is the same separate the noble materials to be returned to line production recycled materials to be applied on production of new batteries. On pyrometallurgic process it is possible to recover Aluminum, cobalt, copper and nickel, but lithium as is an organic mineral is burned on process of smelting. On other hand the hydrometallurgical process uses liquid nitrogen and it can neutralize the battery and the noble materials be sorted including the lithium in a safer process. However, for both process the system is unstable and not always the same material can be separated demanding new metals to be used again on the process production and certainly increasing the costs.

Other problem that increase the cost of recycling is the composition of battery cathodes that vary among manufactures which make the operation more expensive for companies that work on recycling once that need to meet requirements in terms of purity and concentration of each material in order to be suitable to be manufactured again. Still on this way, the cost increasing has another toll, the human exposition that faces the problem of electrocution during dismantling, respiratory, skin and eye irritation from leaking electrolyte fluid.

The last but not least, the cost to transport batteries for recycling in other countries are expensive as it demands a detailed reverse logistic and a detailed documentation to be transported as Dangerous goods, beyond that safety, quality and insurance certificates for international shipments are requested when it demands the customs clearance. There are freight forwarders that already perceived this potential logistic market and are offering standard door to door solutions with logistic integration on your own warehouses.

The key at this point to avoid so many costs and create a sustained way on the recycling battery process is be close to the place the main noble material is available that is Lithium, have a structured center of recycling with a reverse logistic that do not demand great distances and clearances to other countries, and finally have and modern automatized process of recycling that avoid the human handling on process.  In according to (Jacoby, Mitch.2019) researchers from Birmingham university are developing automation procedures of sorting, disassembling, and recovering noble material and it can enhance the quality, standardize the process, avoid the human exposition, reduce manufacturing time process and finally reduce costs but it is at very beginning of development.

Regarding all these characteristics presented, Portugal has a fertile field to assume a protagonist pattern on future support to Europe and world on the new era of Electric vehicles. Currently Portugal is the bigger producer of lithium in Europe but among competitors is only in the 5th place. In according to (Parrot, Vicky 2019) this small group of players are headered by Chile on 1st place followed by China, Australia and Argentina. In Latin America the production present a lower cost characteristic once this mineral can be exploited on the salty lakes and lithium as present a physical characteristic that is less denser than water and can float, this aspect give a competitive opportunity for Chile and Argentina as they can exploit easily the mineral, beyond that these countries detain 75% of global reserves.

For Portugal the challenge is bigger, once the production is much more expensive as the lithium from Latin America, this European must be drilled from rocks, crushed, sifted and dissolved.  Beyond that, the mineral exploited must be manufactured and enriched. Spodumene is the mineral that is exploited and after being manufactured and enriched it turns on the lithium-carbonated. However, during the last 5 years Portugal is living a lithium fever and government has been received a lot of new exploitation requests, mainly from companies related to the big players of this market. This fever can be justified as the Iberian country pursue around 12 places identified with lithium reserves to be exploited, 9 only on the north country, and  the price during the last 10 years increased from 2 thousand usd per ton to impressive 22 thousand usd per ton of lithium carbonated.

But the path to Portugal assume this protagonism in Europe is not easy, the country still does not have its lithium production well established and a relevant proportion of the lithium produced goes to ceramic industry, the country still need solve how to exploit these resources in a environmental sustained way in according to environmental legislation and this discussion is far to the end once many of requests of exploitation were not approved yet. Beyond that Portugal must invest on the process of battery recycling to be strategically cost affordable to be leader on demand increase of Electric vehicle in Europe on next years.