The serial production of the Russian stealth bomber known as PAK DA (the prospective long-range aviation complex) is to be launched in 2027. Preliminary trials of the new aircraft are scheduled for April 2023, while state trials are to take place in February 2026. 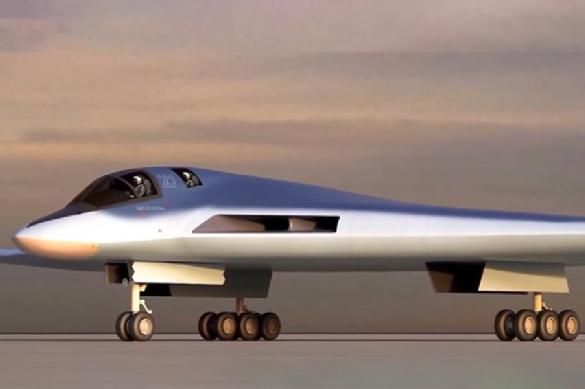 The PAK DA aircraft will be built with the use of the stealth technology - it will be practically invisible to enemy radars. Russia's state-of-the-art bombers are to be armed with hypersonic missiles. They will be able to strike strategically important enemy targets from a distance of thousands of kilometers, while remaining invulnerable to fighters.

It is planned to assemble three flight models of the bomber. The trials of the assembled prototypes, are to begin in April 2023 and to be completed by the fall of 2025, before the stage of state trials starts.

The crew of the new bomber aircraft will consist of four people, similarly to the strategic missile carrier Tu-160. To equip the first new PAK DA aircraft, 12 ejection seats will be manufactured.

In 2017, Yuri Borisov, then Deputy Minister of Defense, said that flight tests of the first prototypes of the PAK DA bomber could begin in 2025, while the serial production of the aircraft would start in 2028-2029.

The Russian military finalised the technical appearance of the bomber in July 2017. At the end of the same year, a state contract was signed with the Tupolev Design Bureau to carry out experimental design works to create the combat aircraft. The military decided that the PAK DA would be a subsonic and stealth aircraft designed on the basis of the "flying wing" principle. The fuselage and the wings of the aircraft represent one solid structure that has no tail assembly. The full-sized model of the new bomber was unveiled in early 2017.

The aircraft will have an increased, unrefueled flight duration compared to the Tu-160 and will carry a larger payload. In addition to conventional and nuclear weapons, the PAK DA will be equipped with hypersonic weapons and air-to-air missiles for self-defense purposes.

According to documents published on the public procurement website, in the coming year it is planned to start testing the engine of the new plane on board the Ilyushin IL-76 flying laboratory. The contract for the development of the 23 ton per second thrust engine was concluded between the United Engine Corporation and the Tupolev Design Bureau in June 2018. The new engine will give the "flying wing" a flight duration of at least 30 hours, which is extremely important for the long-range bomber, the main purpose of which is to replace both the Tu-160 and Tu-95MS bombers.

Meanwhile, Russia is modernising its long-range aviation and started building the new strategic Tu-160M aircraft, upgrading the Tu-95SM and the Tu-22M3.