Russia’s new space rocket does not fly into space, but its price does

Representatives of the Russian Federal Space Agency Roscosmos explained the high cost of the Angara-A5 space vehicle. As it turns out, the high price of Russia's new rocket is based on the fact that it is assembled in two cities - Moscow and Omsk. When mass production is launched, the price will become close to the market level. 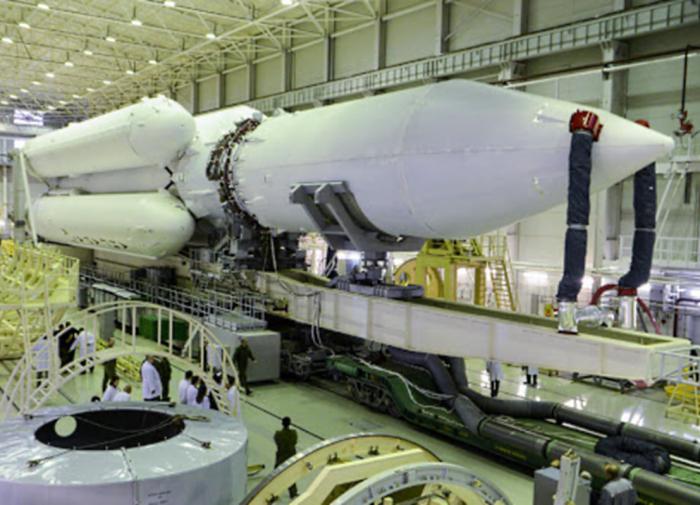 Angara rocket is expensive as space

It was reported that one Angara-A5 rocket costs seven billion rubles. However, it was said that its cost would be cut nearly twice when its serial production is launched in Omsk - to four billion rubles. At the same time, the new rocket would still be 1.5 times more expensive than the Proton booster rocket.

As explained by the press service of the state-owned corporation Roscosmos, "flight design tests for the Angara-A5 heavy-class launch vehicle will soon be resumed."

"During the trials, the Angara-A5 is produced piecewise. During the stage of serial production, the price will near the market value," the press service of the space agency said.

For the time being, while the manufacturing process remains distributed between two Russian cities, production costs remain high as engineers work on two sites.

Ivan Moiseev, chief scientific officer at the Space Policy Institute, said that the Angara is a new rocket, but the country, even though the country has been working on it since 1992, which is nearly 30 years.

"They do it very slowly. The Angara has most likely set a world record in its assembly speed. At the same time, the rocket turns out to be very expensive for a number of reasons. It goes about organizational and management reasons - huge excessive costs and a very long development period

"All this carries huge expenses. Roscosmos officials gave a far-fetched reason to avoid insinuations. All rockets are assembled in different cities, sometimes they are made in several different countries, but it does not prevent them from being competitive," the expert told Pravda.Ru.

"The work on the assembly of the rocket is poorly organized. The Angara is a new rocket that flew only once, six years ago, without payload. It was just a test flight. It has never flown again. This is inadmissible for the new rocket," said Ivan Moiseev.

Flight tests for the new rocket have to be conducted as soon as it is built. Otherwise, this is a waste of time and money.

"This is just a question of organization. First missiles always have small production, but this is not a reason for the Angara to be so expensive. The question is about why they still have not put it to the test, and this question remains open," the scientist noted.