The virus of fear

The virus of fear 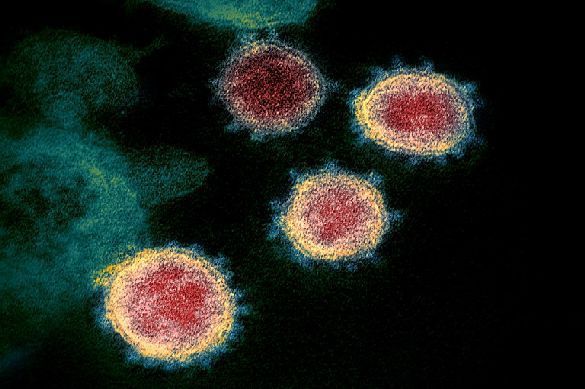 Now that the Italian government of Giuseppe Conte says it wants to extend the state of emergency until January 31, 2021 to fight an epidemic in which doctors look for often asymptomatic sick people and not sick people look for doctors. Now that mass hysteria is rising again thanks to a pressing media terrorism, to which too many are happy. Now that the homo covidicus believes with absolute faith that a rag worn on the mouth can protect him from the "deadly virus". Now more than ever it is necessary to listen to those voices who dissent and dissenting say things unpleasant but which have their own truth.

The disgust for the spectacle that despite myself I have to witness here in Italy, that is the transformation of an entire people into a purely instinctive animal that looks at its neighbour as a plague-spreader enemy, is mixed with the anguish for the future of our homeland, to the dire consequences that this future can have on all my compatriots, even when they are covidiots.

That's why I interviewed a second time Roberto Giacomelli, writer, author, therapist, who thanks to his life and work experience tells us some of those uncomfortable truths that others try to repress. Giacomelli wrote in his "The virus of fear" [1] the natural continuation of "Beyond the weak male" [2] and it is precisely on fear and the lack of examples that contrast fear that the discussion with him is centred on.

1) What is "The virus of fear"? Why did you feel the need to write it right after "Beyond the Weak Male"?

A) "The virus of fear" was born as a manual of spiritual rebellion in a moment of epochal crisis. The most dangerous virus is that of fear which is deliberately instilled to keep people subjugated. The System of Terror is functional to delegitimized regimes, which do not enjoy popular consent and must impose themselves with violence. This terrible virus destroys peoples' immune defences, reducing them to slaves of the dictatorship of health, voluntarily renouncing civil rights.

2) In your book you distinguish between biological and emotional viruses, you talk about morphogenetic fields. Could you explain its meaning to us?

A) The Morphogenetic Fields studied by the biologist R. Sheldrake [3] are that invisible force that contains a collective memory, from which the individual subjects of a species draw information from their ancestors and which contributes to the development of the species itself. In practice, it is the psychic connection of the group in which waves propagate, in our case of fear.

3) Work, economic, social difficulties, difficulties between the two sexes. Perhaps many Italians liked the quarantine, experiencing it as a legally authorized suspension from the stress of everyday life?

A) Initially, the forced isolation imposed by the authorities was experienced by many as a long vacation, an escape from the crazy rhythms of the exploitative society. House arrest was perceived as an opportunity to relax, to return to family affections. In Italy, the dictatorship of health has imprisoned citizens for three months, a unique case in the world, a late closure by the way and the gilded cage of one's home has been transformed into a prison. An infantile regression to intrauterine life, Freud would have said. Now many people are afraid to leave the house and return to work. The result is the explosion of the psychic disorder, a true pandemic. Explosion of anxiety syndromes, DAP [Panic Disorders] and depression. In fact, a wave of Post Traumatic Shock Disorder has hit the weakest and if it is not treated we will have an epidemic of psychosis.

4) #andràtuttobene [#everythingwillbefine]. An example of a stupid and deceptive hashtag? Our GDP has fallen well below -10%, not to mention the psychological difficulties of the population...

A) The so-called hashtags that flourished during the period of home confinement are actually the slogans of government propaganda. Artfully disseminated as a form of conditioning of conscience, a technique of hidden persuasion to make the mass of the terrified to accept crazy and liberticidal measures. In reality, everything has "gone wrong" and the psychological and economic damage is devastating. The manipulators who urge "don't let your guard down" have never stepped into a ring and have never experienced the thrill of combat. They are strong only with the herd of the terrified who keep the mask even in bed.

5) An example from our recent past: Ambrogio Fogar, the last great Italian explorer [4]. How much negatively does the lack of examples of manly courage affect the life of a society?

A) The absence of the father figure in contemporary families and the education of young males entrusted to women generates weak males. The lack of examples of manly courage provides the nurturing society with perfect subjects, accustomed to everything quickly and easily. Unarmed subjects, easy prey to the power of One Thought and globalization.

6) How do you judge the behaviour of American President Donald Trump and Russian President Vladimir Putin in managing the COVID-19 crisis?

A) Presidents Putin and Trump reacted to the epidemic with a communication aimed at containing the fear of citizens, unlike the Italian government. In addition, they have economically supported the workers affected by the economic crisis, while in Italy they have been abandoned by the State, which has demanded the payment of taxes from citizens in economic difficulty. Both heads of State are inspired by a sovereign and patriotic vision. President Putin also protects his people by working on a restoration of spiritual values, maximum protection from the virus of fear.

8) Returning to Italy, electric skateboards and school desks with wheels [5]. Will the infantilism of and in adults be our final ruin?

A) Symbolically, the new fetishes with wheels, desks and scooters, represent the society of instability, the loss of the Center and inner confusion. Nothing firm and solid, all in constant motion, without superior references and verticality.

9) TheScience as the LAST religion. Church and transcendence set aside without restraint?

A) Scientism, son of the Enlightenment, the religion of our time, has shown its limits in responding to a viral epidemic that had to be immediately eradicated by the means of science. Instead, the answer was absent. Scientists have contradicted each other, they have not been able to cope with the emergency, the proposed remedies are those used during medieval plagues. Profane science has shown its insufficiency because it lacks contact with the sacred. Demonstrating the superiority of ancient wisdom, union of mind and Spirit.

10) A question that has already been asked, but still tragically necessary: what to do to go back to what we were?

A) The way to rediscover a new dignity is the formation of integral men, who rediscover the spiritual dimension, the martial spirit as a discipline and community values. European youth must leave the softness of a nurturing society for a heroic vision of existence. In "The virus of fear" I indicate three forms of therapy for contemporary pathology: embodying the Jungerian figure of the Rebel [6]; political action and initiatory path; martial discipline. The figure on the cover of the book represents the desperation of contemporary man, disarmed in the face of an emergency situation. Unaccustomed to war, poverty and loneliness, he collapses without defences. He is an undifferentiated man, devoid of virile resources, such as courage and inner strength, accustomed to weakness and an exclusively vegetative life. Men without Ideas and Values are prey to fear.

The interview is also a video, initially uploaded to YouTube, but the globalist scum who lives there has deleted it as soon as it was uploaded: perhaps too much inconvenient truth and all at once, for the sensitive ears of those petalous snowflakes.

However, after a short discussion, just today the video returned on my channel:

Who are interested can watch the video also on Yandex: