Is it claimed that of all the incidents of life caught up in our memories, those associated with smell linger the longest. What better way to commemorate a day devoted to romance than by reviewing its most olfactory assistant - the perfume.

Birthplace of the modern scent industry was Grasse, France in the 18th century. (Indeed, its oldest establishment is Galimard which dates from 1747.) By the middle of the 1900s flower harvests for such goods stood at five thousand tons; though popularization of synthetics has now reduced the number significantly, to less than thirty tons total. Unto the present, city manufacturers of eau de toilette utilize over 2,000 independent traces which can be combined in a multitude of agreeable amalgamations.

Yet creation of the vocation was nearly by accident. Grasse was at its inception primarily a center for the tanning of leather goods. Serendipitously, a by-product was an offensive odor which displeased customers in the aristocracy. Only when a tanner delivered to Catherine de Medici a pair of scented gloves, which became the rage of the Continent, was stimulus made for a future commercial enterprise.

Today in the region there are approximately 60 aromatic companies employing 3,500 workers with another 10,000 residents in the surrounding area engaged in related activities.

For those with a nose strictly for the factual there are a variety of excellent documentaries regarding both the art and the business of perfumery.  Among the best is a tri-part series from the BBC entitled, Something Old, Something New, Bottling the Memory, and The Smell of the Future. There is also The Story of Fragrances distributed by IFRNA (the International Fragrance Association).

However, in a purely aesthetic sense, one would be remiss not to at least mention in passing the film Scent of a Woman (an English version of the Italian original Porfumo di donna); though of the pieces under appraisal it is the least germane to the matter discussed. Even so, a fine opportunity to include a tango on the holiday.

Among the more captivating dramatic entries wafting over our topic is Coco Chanel & Igor Stravinsky. While largely detailing the tempestuous love affair between these two intriguing figures, it nonetheless contains fascinating sections concerning the making of Mademoiselle Chanel's celebrated potion.

Of curious note may be that although Chanel was renowned the world over for her sartorial fashions it was in fact perfume sales which funded the majority of her vast undertakings. This financing from the elixirs of her empire was in no small part likewise responsible for monetarily supporting several of the avant-garde and experimental pieces by Stravinsky which may not have otherwise been performed.

Perhaps the most brilliant fictional representation of the power of smell was presented in what Hollywood long considered the quintessentially "unfilmable" novel - Das Parfum by Peter Suskind (theatrically exhibited as Perfume: The Story of a Murderer).

Throughout the work its protagonist (such as he is) endeavors to distill the perfect essence of love by using the uncommon scents of those individuals which inspire it through their odor. In order to achieve this goal, he must learn not only the manner by which ordinary perfumes are created but embark upon the murder of and fragrance extraction from those few exceptional persons who might complete his masterpiece.

Prominent amid the numerous themes which suffuse the story, and perhaps the most insightful, is a recognition of the degree to which the visceral can overcome the intellectual in human affairs; and the terrible atrocities which can be committed when reason suborns itself to passion.

Just as these cinematic illustrations provide contemporary wearers the incentive to redolent elegance, many of the bouquets which enveloped historical idols and celebrities are surprisingly still extant.

For example, Anna Pavlova wore something similar to the formula Anna by Payot; itself based on a recipe originally produced for her.  Director of the Ballets Russes Sergei Diaghilev was a fan of Mitsouko. Meanwhile, the other ballerinas in the company received Narcisse Noir.

Further toward America, George Washington himself went to war in Number Six from Caswell-Massey. The great tragedienne Sarah Bernhardt took to the stage in Jicky. When Greta Garbo didn't want to be alone she simmered in Vent Vert or Ivoire Balmain. Clark Gable sported Chypre by Coty as his co-star Claudette Colbert dabbed Vol de Nuit. Vivien Leigh brought Joy. Rita Hayworth put on Shalimar before putting the blame on anyone else. Hemingway wore, naturally, Krigler America One. Truman Capote (startlingly) was a habitué of Drakkar Noir. And Marilyn Monroe famously wore only Chanel No.5 to bed.

All of which demonstrates for as long as there has been seduction there have been implements to its success.

By way of an informal assessment of the notion that smell permeates one's experiences most deeply I inquired of an associate who has been paired with his own inamorata for decades to elaborate upon the specifics of their initial meeting  in St. Petersburg. After musing upon this he grinned with a confession:

He could not recall the clothes worn. He could not remember the hotel room number in which they stayed. He could not even recollect the precise date of their meeting. Moreover, he had absolutely no reminiscence of the perfume his paramour had on or, in truth, whether any perfume was worn at all.

What was immediately and distinctly evoked within him was rather the tenor of a smile, the many kind words expressed as well as a shared fondness for the many great works of literature the couple had in common.

Thus, in an admittedly small way, proving what I have long suspected - an exotic scent may attract a partner, yet only a sensitive soul can retain one. 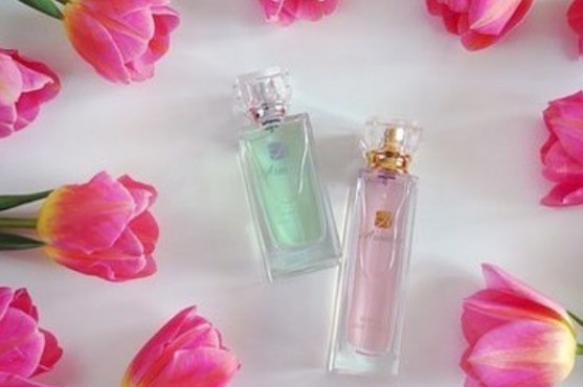