Why is America's heroin problem getting worse? 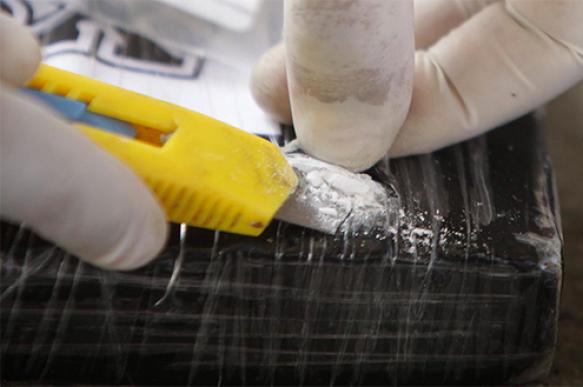 Despite dark warnings from the UN a couple of years ago, global profiles for illicit drug use have remained steady, and in some cases even dropped, all over the world. Apart from in America. In the USA, the abuse of heroin is spiralling rapidly out of control. This has come as a bit of a surprise to some. A few years ago, heroin was considered a bit of a 'has been', and drug squads began to turn their attention to lab-manufactured substances such as crystal meth and the vast army of psychotropic synthetics perpetually being invented. Now, however, America seems to have been plunged back into the 90s, with syringes, spoons, and lighters littering back alleys all over the nation. What on earth is going on?

Heroin abuse and addiction is taking a massive toll on the USA. Every day, an American dies of heroin-related causes. Paramedics are perpetually racing from one collapsed heroin user to another, administering naloxone - a drug which can prevent respiratory failure following an opioid overdose. Politicians, educators, and medical authorities are battling to both prevent and cure the issue - but, the withdrawal symptoms from opioids being what they are, it is hard to successfully get a heroin addict through recovery. In some respects this means that, once a heroin crisis has begun, it is hard to bring it to a halt due to the addicted market which the drug dealers serve. However, delve a little deeper, and it becomes clear that there are certain reasons why America in particular should now be succumbing to heroin.

The USA prescribes a lot of pills. So much so that around 80% of all prescriptions issued in the entire world are issued in the USA. That's an enormous amount of pills, and it indicates an entire cultural attitude towards medications which is hard for those of other cultures to fathom. Americans, to a certain extent, use pills as their 'go to' solution for pretty much everything. Conditions which the rest of us would just shrug off, or attempt to live through (including things as minor as a slight headache, or a bad mood) see Americans reaching for pills. This has led to a desensitization to how strong and severe medications can actually be - not to mention the normalization of pill-popping behaviours. Combined with America's for-profit healthcare system, this has all led to an inordinate amount of opioid-based painkillers being prescribed, and lackadaisical methods of monitoring their usage and disposal. While opioids remain humanity's best option for reducing serious, chronic pain, they are also incredibly addictive. And, if America's problem with heroin is bad, its problem with prescription painkillers is 100 times worse. The number of Americans addicted to prescribed opioid medications is thought to dwarf that of those addicted to all illegal narcotics combined. It's a massive, massive problem - and it's feeding the concurrent heroin epidemic. How? Simple. Heroin is also an opioid. When American doctors do crack down on their patients' use of painkillers - or those painkillers otherwise become hard to obtain - desperate opioid addicts often turn to heroin in order to get their 'fix'. This in part explains why so many of America's 'new' heroin addicts are the kind of white collar individuals that the USA were never expecting to turn junkie.

The 'War On Drugs'

Then there's America's excessively punitive drugs policy. As it stands, America is in the midst of what it calls a 'War On Drugs'. This has seen the implementation of zero tolerance policies for all drug offences - however minor. America's prisons are currently full of people serving time for things like marijuana possession. The problem with this is that America's prisons also have a thriving drugs culture. Heroin in particular is rife within American jails - and the peer pressure and general despair induced by being in jail frequently leads new inmates to turn to heroin pretty quickly. Not to mention that opioids are also prescribed freely to prisoners. So, while a felon may enter an American prison as a user of marijuana, they may well leave it as a full blown heroin addict. Quite obviously, this has consequences on the outside. All in all, America's heroin problem stems from sources on all sides of society. Unless there are fundamental changes on a societal level within the USA, the heroin epidemic is likely to get worse and worse.