Before threatening North Korea with fire and fury, etc, US President Donald Trump should perhaps try to understand the world that the people of the Democratic People's Republic of North Korea live in. 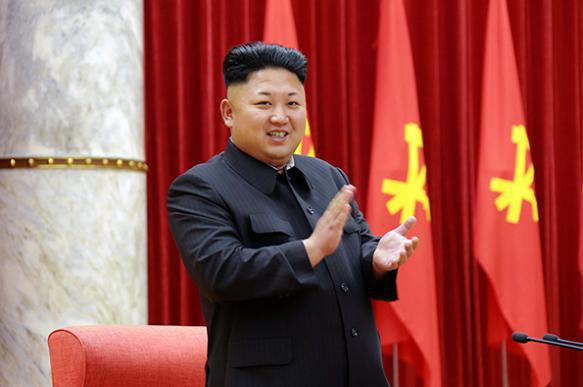 Generally speaking, human life means little in Asia. This is the reverse side of Buddhism, which the Europeans do not think about much. Although the North Koreans are officially atheists, they come from the same crucible. Depersonalised crowd in front of omnipotent state and the ability to give one's life in the name of the government and the ideas that it follows - these are  characteristic features of the people living in the DPRK.

To better understand the conditions, in which the North Koreans live, one must know a few facts about the DPRK.

1. The North Korean chronology begins from the birth of Kim Il Sung, not Jesus Christ. Today's North Korea lives in the Year 105, not 2017.

2. The first President of North Korea, Kim Il Sung, as stated in his official biography, was born on a volcano underneath a double rainbow, when a new star saw the light in the sky. It is believed that the founder of the DPRK was a "god-like gift from heaven" who learned to walk at a three-week age.

3. On December 24, the DPRK celebrates the birthday of Kim Jong Il's mother, the previous North Korean leader. They do not celebrate Christmas. Valentine's Day in North Korea is known as the Generalissimo Day. It is celebrated on February 14 to honour the day when Kim Jong-il received the title "Generalissimo" posthumously in 2012.

5. In the DPRK, people work six days a week. During their only day off, the North Koreans "volunteer" to work for the glory of their motherland, so that there is virtually no such thing as weekend there.

6. A North Korean national convicted of various crimes serves their sentence together with the whole family ("three generations punishment"). If children are born during this time, the next two generations are doomed to spend their whole life in prison.

7. North Korean women have not been allowed to ride a bicycle since 1996, since the skirt should always cover their knees, and women are not allowed to wear trousers there.

8. North Koreans are required to register their television sets with competent authorities. There are three television channels available, and one is strictly prohibited to watch something else.

9. One does not allow to turn the government radio off even in one's own house. One can only turn the volume down a bit. There are special units that track down those who listen to forbidden radio programs, and this crime is punishable by death.

10. The DPRK spends about 30 percent of its budget on maintaining military power. By the mid-1990s, hundreds of thousands of North Koreans had died of starvation.

11. North Koreans are allowed to wear only short hairstyles. There are 28 types of haircuts approved by the country's administration: 18 for women and 10 for men.

12. In the event of a fire, the first thing to rescue from a burning home must be portraits of DPRK leaders.

In "Cloud Atlas," a film based on the novel by David Mitchell, one of the stories seems to show an anti-utopia world inspired by life in North Korea. The story unfolds in 2144, in Neo-Seoul, where the population is divided into naturally born people and clones who form the lower social class. Sonmi-451 is a clone, who works at a fast food restaurant. In the cafe, clones take orders and clean up. All clones are required to wear a collar that allows the supervisor to kill them if they disobey. They live in the restaurant, work 19 hours a day, eat energy soup and never see sunshine. After 12 years of service, the clones are subjected to exaltation procedure, which, as they are told, will take them to a better life. In fact, they are slaughtered and butchered to be used for energy soup.