USSR was shocked and awed about John Kennedy's assassination

A new portion of documents about the assassination of John F. Kennedy, which was published on the website of the National Archives of the United States, sheds light on the USSR's reaction to the high-profile crime. Originally, the Soviet leadership assumed that the killing was a "conspiracy of ultra-right" forces to seize power in the USA. 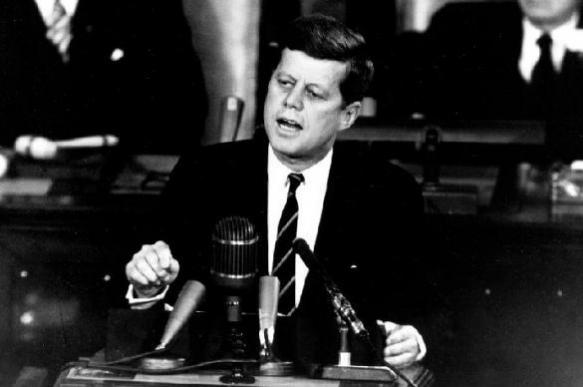 The USA received the information about the reaction of the Soviet Authorities from a source in the USSR. According to the source, the USSR was shocked and awed about Kennedy's assassination. Declassified documents say that the Church honoured the memory of the victim with a toll of bells.

The administration of the Communist Party assumed that there was not one person, but a group of people behind the crime. The Soviet leadership believed that the murder could be part of conspiracy plan of ultra-right forces to commit a coup, cease negotiations with the USSR, attack Cuba and even launch a war. The USSR, the documents said, set its armed forces on high alert immediately.

The published materials contain a document about reactions of Soviet special services to the assassination of John Kennedy. Soviet Colonel Boris Ivanov, who was in charge of the legal KGB residency in New York, was convinced about the existence of a large-scale conspiracy plan to destabilise the United States. Ivanov also believed that there was a whole group of people, who had plotted Kennedy's assassination. He ordered special services to find out what really happened and who exactly was standing behind the shocking crime.

In 1965, a source at the FBI said that the KGB had information about President Johnson's responsibility for the murder. Thus, even after the killing of Oswald and the report from the Warren Commission, which considered Kennedy's assassination as an act committed by only one sniper, the Soviet Union still believed in the conspiracy in the USA.

The Soviet Union denied any connection between Lee Harvey Oswald and the USSR, calling him "a neurotic maniac," who was not loyal either to his own country or to anything else. Soviet officials also noted that Oswald had never been a part of any organisation in the Soviet Union, nor had he ever obtained Soviet citizenship.

However, Lee Harvey Oswald had spent two and a half years in Minsk and returned home with his Russian wife Marina and their first daughter a year before the Kennedy assassination - in June 1962. Some believe that Nikita Khrushchev wanted to take revenge on the US for the failed Caribbean crisis. However, no one has ever presented any evidence to this version.