Vladimir Lenin's mummified body to remain in the heart of Russia for good?

Chechen President Ramzan Kadyrov and Russian socialite Ksenia Sobchak, who has recently announced her decision to run for president in 2018, believe that the body of Vladimir Lenin should be removed from the Mausoleum on Moscow's Red Square to be buried. Russian well-known film director Stanislav Govorukhin is opposed to such a position. As they say, the situation is not the same anymore.

The topic of the burial of the body of Vladimir Lenin, the leader of the Great October Revolution, has surfaced in Russia again. Valentina Matvienko, the Speaker of the Council of the Federation,  did not rule out a national referendum on the subject. President of the Chechen Republic, Ramzan Kadyrov, wrote that "it's wrong, when there is a casket with a dead man in it standing on Red Square, in the heart of Russia."

In turn, the leader of the Communist Party of the Russian Federation Gennady Zyuganov commented on the recent suggestion from TV presenter Ksenia Sobchak to remove Lenin's body from Red Square: "It is tragic for the country when people like Ksenia and the like do not respect the will of a great nation," Zyuganov told RT.

Finally, Dmitry Peskov, official spokesman for President Putin, said on November 2 that the topic of the burial of Lenin's body "does not appear on the agenda of the Kremlin administration."

Publicist, member of the Central Council of the Russian Military Historical Society, Armen Gasparyan, told Pravda.Ru that the controversy surrounding the burial of Lenin's body today is not so massive as it was in 1991-1992. "The Mausoleum (Lenin's Tomb) is an incredibly important construction from the point of view of Russia's history in the 20th century," the expert told Pravda.Ru.

The building symbolises Victory in the Great Patriotic War, because Nazi flags would be thrown to the foot of the building. Today, the Mausoleum is not used the way as it was used during Soviet military parades, because "we do not have a state ideology" today, the expert said.

Mr. Gasparyan believes that the question about Lenin's burial should first be submitted to a nationwide referendum. Yet, Russia should take into account the fact that such a referendum may split the society, especially against the background of the information war against Russia.

"The controversy about the Civil War, in which 12 million people were killed, has been abating recently, and we must cherish this consent. In any case, some people always remain dissatisfied with something. There are people who think Lenin should be buried, and there are those who are opposed to it. One should carefully evaluate everything to calculate potential risks," Gasparyan said.

As the expert noted, even though Ramzan Kadyrov and Ksenia Sobchak share one and the same view about the need to bury Lenin's mummified body, their approach to the issue is different. "Mr. Kadyrov has a political approach to it, and Mrs. Sobchak simply expresses the liberal point of view. Many people start responding to what she said, news agencies start quoting her, and this can only improve her recognition index, that's all," Armen Gasparyan said.

In turn, chairman of the State Duma Committee on Culture, film director Stanislav Govorukhin, told Pravda.Ru that he would not "stir up trouble in the society."

"There are many elderly people who still live and believe in Lenin. Why annoy them and take precious days of life from them? Let us wait. I share a negative attitude to Lenin as a historical figure, and this is very personal to me, because this is related to the biography of our family. Yet, I would not indulge in this silliness (to bury the body) now," he stressed. 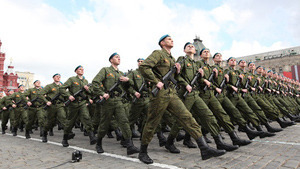