Lenin planted the seeds that destroyed the USSR

Vladimir Lenin, the leader of the 1917 October Revolution, was the enemy of his Fatherland. It was Lenin, who planted the seeds of the problem that destroyed the USSR in 1991, State Duma deputy Yevgeny Fyodorov said in an interview with Pravda.Ru. 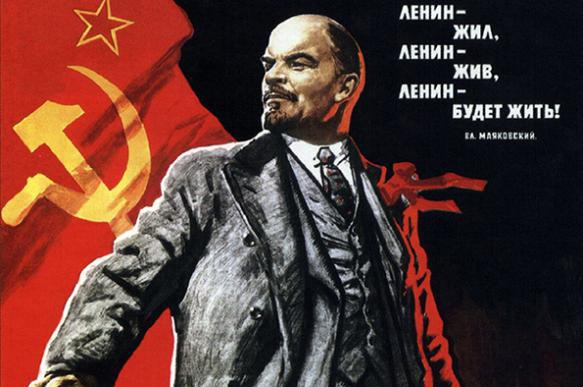 "What do you think about the decision of the Russian authorities not to celebrate officially the Centenary of the Great October Revolution?"

"For me, the ultimate entity that unites all of us, that our fathers and grandfathers used to fight for, is our Fatherland. What is Lenin's Fatherland from the point of view of revolution? He highlighted social issues, he wanted to give land to peasants - this does not concern the notion of Fatherland. He then advocated the right of the nation to self-determination, federal structure and separatism.

"Lenin's revolution was based on the concept of separatism. His ultimate goal was to abolish the Russian state as Fatherland, he wanted to lose WWI, and this is not news at all. Lenin was an enemy of Fatherland. The idea to advocate justice does not concern Fatherland. This idea is shared by many. Yet, as a revolutionary separatist, he was an enemy of his Fatherland. He created the problem that blew up the Soviet Union in 1991.

"Lenin started a conflict of fatherlands. Roughly speaking, if you were born in Tatarstan, then you have three fatherlands as a result of his revolution: Tatarstan is your sacred fatherland, but then there's also the RSFSR and the Soviet Union. Which one of them would you be ready to fight and die for in case of war?"

"The Russian empire never had a conflict of fatherlands, because it was always one fatherland. When Georgia or Armenia wanted to become a part of the Russian Empire, the Georgians were told to enter as a province. The Georgians said that they wanted to be a state within the empire, and Russia said no to them."

"The Georgians had a different story. They had to escape from Persia and Turkey."

"You're right, but it was their motivation for that period of time. They wanted to enter the Russian empire as a kingdom, but Russia said no, because it was against her principles. As a result of the revolution, Lenin abolished Fatherland in the face of Russia."

"But there was another Fatherland created - the Soviet Union."

"There were three fatherlands created, and I have explained this on the example of Tatarstan. Tatarstan emerged from the Kazan Province, Russia was turned into the RSFSR, and then there was the Soviet Union."

"There were not only provinces in the Russian Empire - there was also the Polish kingdom, and the principality of Finland."

"Lenin created the system, in which Fatherland was eliminated. Of course, it automatically led to the liquidation of another Fatherland in 1991. Today's Russia needs to retrieve its historical structure, because a person can not have two fatherlands."

"Let's go back to Lenin and his revolution. Did you call him a separatist?"

"The forces led by Lenin announced at the Second Congress that they were separatists. It was known in advance that Lenin's revolution would be a revolution of separatists. They had a variety of goals to pursue, but they did not intend to support their peoples - those forces did not work to improve people's lives."

"There are many quotes, when Lenin would say that life in a socialist fatherland would be wonderful. However, he started saying those things later. In the beginning, he was convinced that the proletariat did not have any fatherland. A few years later that realized that one could not have a life without fatherland, and this is the time when the slogan about the socialist Fatherland appeared. He started off as the liquidator of the Russian Empire, but then he realized that he had to have a fatherland where he could rule. He destroyed fatherland in 1917, but then reinstated it partially in 1922.

"If history does not teach us to live under the laws of our ancestors, we will simply cease to exist someday, like many other nations and empires."