Europeans say what puzzles them in Russia most

Moscow regularly appears on the lists of cities that many foreigners find uncomfortable for living, primarily because of its never-ending traffic jams and high prices on everything. Muscovites, in their turn, have the reputation of gloomy and impolite people, who rarely smile. At the same time, Moscow and St. Petersburg remain highly attractive tourist destinations for many foreigners. Foreign nationals, who come to visit Moscow, find the city dazzling and amazing in many ways. The Russian capital shocks and astonishes them at the same time. 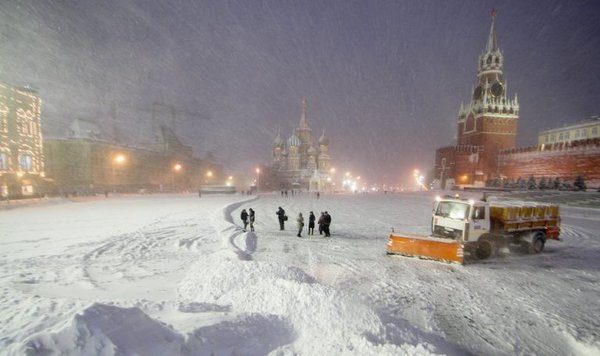 Muscovites are often blamed for being rude and thick-skinned, but even tolerant and affable Europeans are surprised when they see a man standing up in the metro to give his seat to elderly people, pregnant women or women with children. Many foreigners also find it strange, when a man opens a door for a woman, helps her put on a coat or carry a heavy bag for her. Foreign citizens also admit that they get surprised at the sight of those people who read books in the metro.

Guests of Moscow are also struck by the fact that passengers of the Moscow metro use smartphones and tablets without fear. "In Paris, they would be robbed," a French national said. Yet, one has to acknowledge that there was a special police unit set up in Moscow to counter petty theft in the Moscow metro. The most criminal line of the Moscow metro is considered to be Tagansko-Krasnopresnenskaya line, also known as the purple line.

Most foreigners visiting Moscow are often baffled by the sight of a large number of luxury vehicles in the capital. As for common apartments, in which most Russians live, foreigners find it very strange that the vast majority of apartment buildings have apartments on the ground floor. A split bathroom, no bidet and folding sofas instead of beds raise many eyebrows among foreigners who come to visit Russians in their homes. However, central heating and warm apartments in winter makes nearly all foreigners jealous. They find it amazing that Russians may wear shorts at home when it's -20 Centigrade outside. Europeans find it unimaginable, when a Russian person wants to open a window on a cold winter day to let some chilly air in. Central heating is very costly in Europe, and foreigners can not understand why Russians do not turn their heating off if it gets too warm in the room.

As for common and everyday looks, Europeans do not find anything unusual in the habit of many Russian men to wear sweatpants. However, they do find it very interesting, when they see young Russian women wearing makeup and high heels early in the morning: this is what they normally don't see on weekdays in their native countries.

Russian people traditionally address each other mentioning the first name and the patronymic. For example, President Putin would always be addressed as Vladimir Vladimirovich, and it is inadmissible to call him simply Vladimir. Foreign people find this tradition unusual as it is hard for them to pronounce many Russian names, let alone their derivatives in the form of patronymics.

When going to a bar in Russia, a foreigner predictably expects to see Russians drinking shots of vodka and saying "Na zdorovye!" all the time. However, Russians never use this phrase as a toast: it is commonly used as an expression of gratitude for delicious food: when a guest is done eating and thanks the host for food, the latter replies - "Na zdorovye," which literally means "this is for your health."

Clothing stores open till late, 24-hour shops and cafes serving breakfasts and dinners, beauty salons open every day - all this puts many Europeans into a stupor. Travelers know that large grocery chains are open until 21:00 in Europe, whereas small food shops close at 19:30 - 20:00. Another "miracle of miracles" for foreigners is Internet tariffs. A common tariff with a very good connection starts in Russia from 250 rubles per month, which is roughly 3.5 euros.