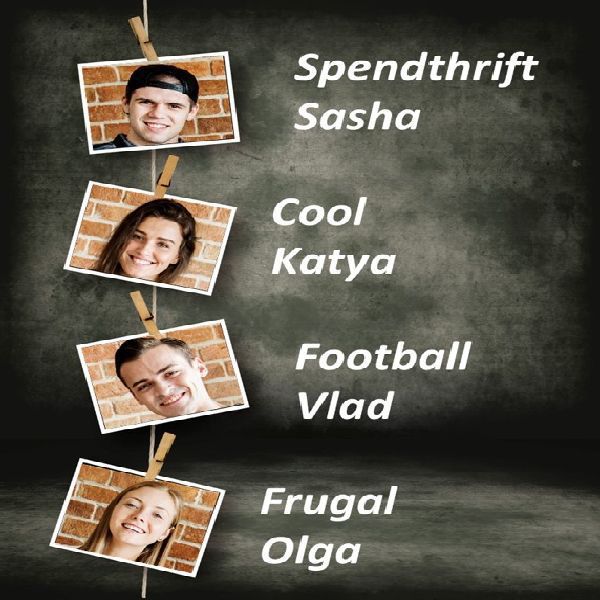 The spending habits of millennials in the Western world are well-documented and understood by marketers;the same cannot be said of Eastern Europe.

What do Sasha, Katya, Vlad and Olga spend their hard-earned money on?

There is simply not enough information available on the purchasing behavior of this group of high-value consumers, and as a result they remain relatively inaccessible to many marketers.

This report presents a deep-dive analysis of that population's spending habits, based on data from a recent large-scale survey. It identifies distinct groups of consumers based on statistical links between demographic traits, interests, and purchasing choices. The findings it reports are specific, approachable, and actionable.

Eastern European millennials can be categorized into four consumer groups.

1.     "Sasha" is younger - the group includes more individuals in their early twenties - and spends freely based on a wide range of enthusiastic interests.

2.     "Katya" is female and spends selectively. She's interested in beauty products and name-brand clothes but won't spring for computers or gadgets.

3.     "Vlad" is male, typically between the ages of 25 and 35, and tends to be focused on sports and computers. He's willing to shell out for name-brand clothes, entertainment, and gadgets.

4.     "Olga" is a careful saver and conservative spender, more interested in prudence than she is excited by new products.

To explore attitudinal and behavioral distinctions among groups of Eastern European millennials, a purpose-appropriate dataset was obtained from the predictive modeling and analytics platform Kaggle. The dataset was generated using a 150-item survey distributed to 1,010 individuals, ranging in age from 20 to 35 (as of 2019), by Eastern European students in a university statistics class. The questions dealt with personality, interests, aversions, demographics, and habits, including spending habits, broken down in the categories shown below.

Prior to analyzing the survey data, some pre-processing of the response items was necessary in order to reduce noise and deliver the clearest possible results.

The category of "Hobbies & Interests" contained an unwieldy 32 variables (i.e., questions). Of these, only some were of value, namely those that produced some polarization among the participants. We were not interested in hobbies or interests that a vast majority of participants liked or disliked. For this reason, we applied a 30% threshold for both "like" and "dislike" rates, which made the data analysis much more practical and whittled down the list of 32 variables to just 10: Adrenaline Sports, Competitive Sports, Cars, Computers, Geography, History, Pets, Psychology, Reading Poetry, and Theater.

Similarly, while the "Demographic Information" questions reported answers for 10 variables, we included only the 3 most commonly used variables in our analysis: Age Group, Education Level, and Gender.

The "Spending Habits" questions, by contrast, asked about only 6 variables, all of which were included in our study: Appearance/Looks, Branded Clothing, Entertainment, Gadgets, Saving, and Shopping Centers.

To identify non-obvious relationships among the variables in this dataset, we used R's poLCA package - a library for Latent Class Analysis (LCA) - to isolate patterns of clustering among the survey respondents.

LCA is a statistical method for identifying class membership among subjects using categorical or continuous observed variables (or a combination of these variable types). It is used when the analyst believes that subjects fall into distinct groups, but membership in those groups (or "classes") cannot be measured directly, thus making them "latent." For example, marketers might want to categorize consumers according to types of drinking behavior.

Here, we generated models assuming that our survey respondents fell into different numbers of latent classes with respect to their spending behavior, ranging from 2 classes to 10.

The resulting models were assessed using several measures of information loss, allowing us to gauge the likelihood that a given number of latent classes was the best fit for the available data. The first of these, the Akaike Information Criterion (AIC) decreased as the number of classes increased, appearing to reach its minimum value at 8 classes. In addition, more than 65% of the decrease occurred between 2 and 4 classes.

The second measure was the Bayesian Information Criterion (BIC), which imposes a higher penalty for model complexity than does the AIC. BIC slightly decreased between 2 and 4 classes, and shows a steep, almost linear increase between 4 and 10 classes.

Based on these measures, we adopted a 4-class model, which has the best BIC value and beyond which increasing the number of classes does less and less to improve the model.

Our analysis identified four latent classes of consumers among Eastern European millennials. Each group is defined by demographic characteristics as well as by interests and spending preferences. The groups have here been labelled with names typical of the demographics they represent. The primary traits of each class are given in the main text, and further details are provided in the accompanying figures.

Marketing to millennials is not easy. They tend to be demanding, difficult to please, and easy to lose. This is doubly true for millennials in Eastern Europe, about whom there has thus far been very little actionable information available. That is no longer the case. While product-specific market research is unavoidable, our research provides marketers with a rough-and-ready understanding of the most dominant spending habits of Eastern European millennials. 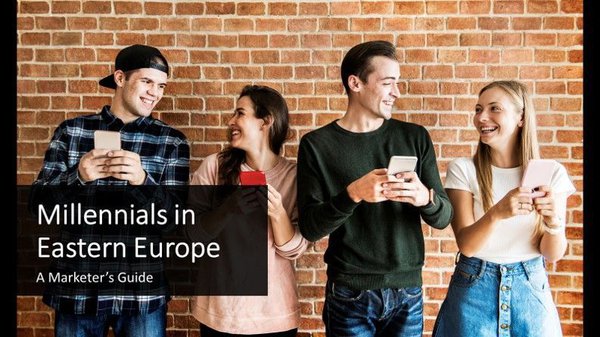 Perhaps most importantly, it establishes very firmly that this group does break down into several major sub-demographics. This points to both the likely effectiveness of marketing strategies based on these sub-groups and the potential for further analysis of actionable trends among these millennials. In other words: this work provides the jumping-off point for understanding Eastern European millennials that has been missing for so long.

Read the original with graphics:

Sent to PravdaReport by the author Nik Kumar

Nik Kumar is a senior advisor with over 15 years of strategy & operations experience.  Mr. Kumar currently serves as CEO of Xaxu Consulting, a boutique management consulting firm based in New York.  Xaxu Consulting uses data science to achieve excellence for its clients - by driving clarity in key areas, enabling data-driven decision-making, and converting actions into enduring success.  The firm's clients include many of the top names in Advertising, E-commerce, Healthcare, Pharmaceuticals, Financial Services and Private Equity.  Mr. Kumar started his career at Deloitte Consulting. He has held influential positions at Citigroup, Bridgewater Associates and Credit Suisse.  Mr. Kumar has an MBA from Yale University and a BS in Computer Science from Vassar College.