Beyond the weak male

Beyond the weak male 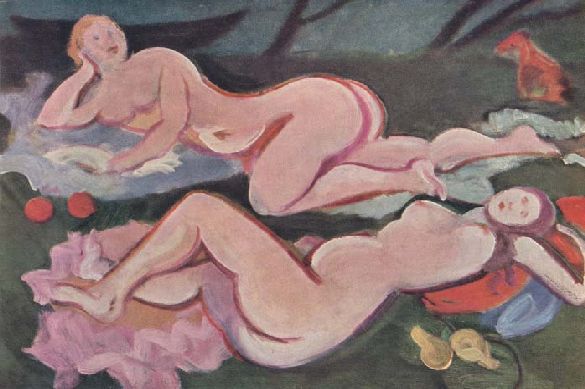 (perspectives to find again the "Way of the Warrior")

Rivers of words have been written about the decadence of our western society. This progressive erosion of values, ideas and institutions has been guessed since the beginning of the last century. But it has gradually been enriched with characteristics that its first thinkers have not been able to grasp in their entirety, misled in their analyzes perhaps by an approach about economics than anything else (Marxist, someone would say, but not only) or because there was no vision at hand of the phenomenon itself.

All of them at the time were alien to something just starting and which now is instead gaining more and more momentum right under our eyes, in our inauspicious days and unfortunate years.

And unfortunately there are not only the barbarians that we allow to enter our countries in the name of an indiscriminate and pleasing welcome, horizontal barbarians who ignore all of us, do not love us and that in their hearts despise us, but towards which we equally self-castrate ourselves , limiting ourselves as if we were the beggar guests in a foreign land and not them.

No: there is also another type of barbarism, the vertical one original of the natives, who do not remember, do not know and no longer understand their history, their traditions, their culture. It is the natural modus vivendi of the modern technological man, who believes he has reached the end of History by virtue of consumeristic and alienating inventions but which instead has only reached the end of a story, his own, which is not even so edifying when compared to those of the Ancients.

At a time when in Italy [2][3], but in reality throughout all the Western world, Parliaments are discussing laws that, if approved, are liberticidal and undermine the freedom of speech, criticism, practice, by instigations of not-persecuted minorities, at a time like this, it may happen to come across someone who has the courage of writing clearly what our modern society has become.

This is what Roberto Giacomelli did with his "Beyond the weak male", a little jewel of intellectual honesty and lucid analysis, almost in a pamphlet format for the people of the Passaggio al Bosco House Publishing [4].

Giacomelli, essayist, therapist, combat and action sports fan, puts his finger on the wound, on the contrary: on the wounds, without fear or hypocrisy and sketches a disenchanted picture of our contemporary western reality.

1) Why write a book like "Beyond the Weak Male"? What message did you want to communicate?

A) "Beyond the weak male" is the analysis of the condition of the contemporary man, his psychic discomfort, due to the loss of superior references and the figure of the father. It is a merciless cross-section of a society that generated a degraded human type, with some proposals for the return of the integral man.

2) Do you realize that this book is even a subversive one, for the times in which we live?

A) In the prophetic "Animal Farm", Orwell reminds us that in the time of universal deception, telling the truth is a revolutionary act. If stigmatizing the condition of great suffering of the men of our time is a subversive message, the efforts of all those who rebel against the world of forced compliance and unique thought are welcome.

3) In your book, there is a concept that seems central to me: that of "nutritive society". Would you explain it to readers?

A) Postmodern society, consumerist and mercantile, exclusively satisfies the lowest instincts, the primary needs, deliberately excluding any natural aspiration towards the Sacred. Not only spirituality, but also Ideas are banned, to leave room for the satisfaction of the "pleasures of the oral area", the involved stage of psychosexual development according to Freud and the decadence of civilization according to the message of the book. The nutritional society satisfies the existential anxiety of weak males with food and goods.

4) What is the weak male? You associates him also with other characteristics: submissiveness, unhappiness...

A) The weak male is that man who has renounced manly values, the challenge of death, the spirit of adventure, risk and danger. That devirilized male who lives to feed and accumulate money, who seeks safety and a comfortable life. Educated in a female environment, he loses all male prerogatives.

5) Old Male. Wild Male. Tanatophobia. Can you explain to us what you mean?

A) The old male is the man of the generations born before the middle of the last century, forged by wars, by misery, by an essential world without tinsel. Simple and tough men, anaffective, authoritarian, domineering father. However, always present, dignified, honest, and faithful to the homeland and the family. The wild male is the last virile specimen in the times of dissolution, the son of modern times also suffers from fragility, but he is a rebel and does not bow to the nutritional society, he wants to be alive in a world of corpses and does not accept rules not written by him and for him. Tanatophobia [death anxiety] is one of the great evils of our time, the fear of death that leads to a manic attachment to life: the disappearance of the sacred dimension with its accompanying rites in the afterlife generates the terror of death and the removal of this powerful archetype Shadow.

6) How has woman changed in modern nutritional society?

A) The victims par excellence in the societies of weak males are women, who have had to assume male roles and behaviors to make up for the inadequacy of their partners. Doubly exploit as workers and housewives, leave alone in the education of children, if not deprived of motherhood to encourage productivity. More determined and resolute than men, they excel in professions and politics at the cost of great sacrifices. Frustrated and dissatisfied because they share existence with eternal babies, that they must protect and instruct to life. They inevitably lose femininity to make up for males who are not men.

7) What is the family at the time of the weak male?

A) Weak males do not have the inner strength and authority to guide the family, which in fact has disrupted itself, playing the game of the System that wants lonely and isolated people to dominate them better and make them slaves of artificial needs. The crisis in the family and community benefits psychoactive drug producers and drug dealers. It determines the decrease of time for ourselves and our loved ones and increases the time dedicated to work. So the profit of big capital increases: today workers are human capital, not human beings.

8) In the book, perhaps without realizing it, you compare homosexuality to the refusal to grow and have complete and mature relationships with the opposite sex. Do you know that you would risk jail and then additional penalties if the Zan-Scalfarotto law were in force [5]?

A) In the book "Beyond the weak male", it is observed that the lack of father figures determines the feminization of males with the consequent increase in male homosexivity. Each archetype contains its opposite, therefore also the male one houses the female principle and the homosexual drives live in the unconscious of women and men. The maternal and nourishing society also makes virility fluid, with great damage for males, but above all for women. I hope that no crazy and liberticidal law will be approved, it would be a further fall of our already low civilization.

9) What kind of society awaits us at this rate?

A) The society of the future and, unfortunately, of the present is without colors and emotions, managed from above in an authoritarian way without superior dignity. A despotic power that subjugates with consumer goods and psychotropic substances, with technology as a means of control and a source of playful pleasure. We had the practical example in the period of forced segregation experienced in the past few months. Work, fun, sex, sport, in solitude in front of a screen. Affective and relational isolation that become social separation, destruction of the community spirit.

10) What can be done to revitalize the "warrior" figure and bring the individual back to a healthier dimension?

A) The final part of the book speaks of the "Way of the Warrior", a differentiated lifestyle for whole men, free from the enticements of the nutritional society, from the dominion of food and compulsive purchases. Wild males who live on values and ideas, who defy danger and overcome the fear of death by practicing the sports of courage. The rediscovery of the spirituality of Europeans and their ancient Gods, the formation of tribes who have the courage to live and choose their destiny.

[1] Here the book, Italian only for the moment:

[3] Author of this column says that such a painting will be impossible if approved the proposed law, as the painting shows the martyr of the Christian Saint Pelagio of Cordova, who refused homosexual proposals by a Muslim Sultan:

[5] Some about the law proposed, as seen in the Italian Low Chamber site: