Putin got involved in Ukraine and Syria for Arctic? 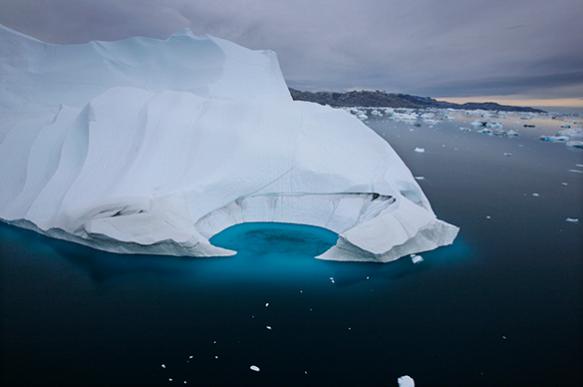 If a Western reader still does not know what Putin got involved in the events in Syria and Ukraine for, The Times will disclose the secret: in order to blackmail everyone with the Arctic. And that is all because "Tsar Vladimir contrives a Cold War" in the region.

Editor Roger Boyes believes "Vladimir Putin would still rather go down as a Peter the Great than an Ivan the Terrible... Tsar Pete wanted to use the Russian north as a springboard to global influence and to build up Russia as a maritime power". Beside that, he "hated the Ottomans, crushed opponents, had an early adviser chucked into a nunnery".

Roger Boyes has no doubts that the Russian leader will definitely win the following presidential elections in 2018. And his main aim during this term will be strengthening of Russia's influence in the Arctic, where there are almost 30% of undiscovered reserves of natural resources.

Beside that, the Northeast Passage may become a beneficial alternative to the Suez Canal to transport goods from Asia to Europe. This route will reduce time ships spend by 40% and enrich Russia given its extensive coast along the Arctic Ocean.

So, as Boyes explains, "Ukraine and Syria are only tactical maneuvers to get temporary superiority over the West".

It is also pointed out in the article that militarization of the Arctic is continued at rapid rate despite sanctions.

And soon there will be more Russian military there than that of the other Arctic states, the US, Canada, Norway, Denmark, Finland, and Iceland combined, Boyes frightens. These forces do not simply defend the Russian economic interests and strengthen its claims for the continental shelf.

Moscow challenges NATO strategically, but not frightens the Alliance, the newspaper is sure.

Now when a reader should be quite frightened, one can speak about the case that the West needs to enforce its own influence here. So, maybe the NATO should be involved in order to "contain" the Russian offensive, after talks on the increase of the military budget, and "expansion"?