US prohibits Russia to ban Mejlis

The US Department of State called on Russia to revise suspension of the Crimean Tatar People Mejlis, as the organization acted for "traditionally under-represented and historically oppressed" Crimean Tatar people and helped to maintain their culture.
As Department Spokesperson John Kirby claimed, "Russian authorities have no basis or jurisdiction to assert Russian law over Tatar conduct in Ukraine". He also specified that the US does not recognize the Crimean annexation to Russia.
The State Department believes that suspension of Mejlis "contravenes basic democratic principles".
The Mejlis was suspended by the Russian Ministry of Justice. The decision was taken given stance of the Crimean Prosecutor General, who accused leaders of the organization of cooperation with terror groups mercenaries, such as the Grey Wolves or Hizb ut-Tahrir. A number of leaders of Mejlis are on wanted list for extremist activity. 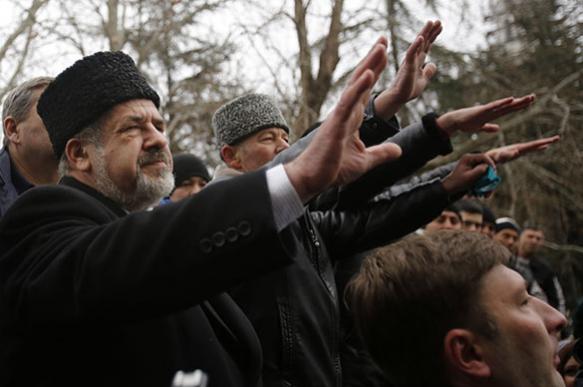